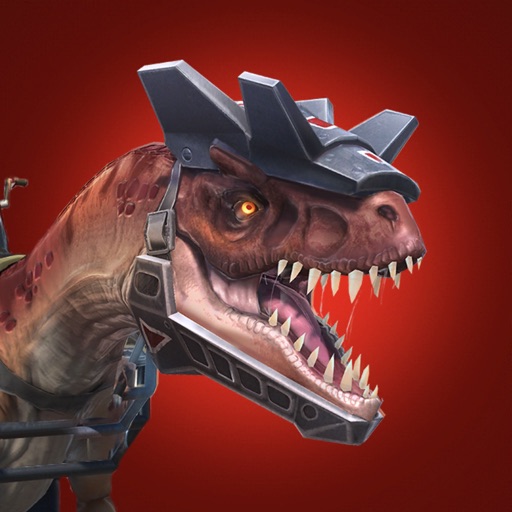 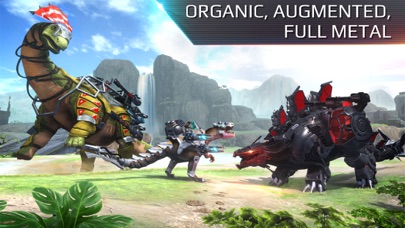 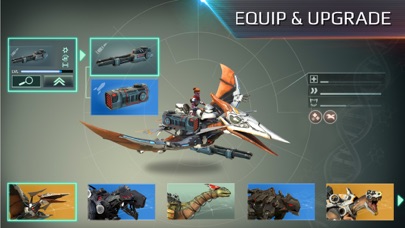 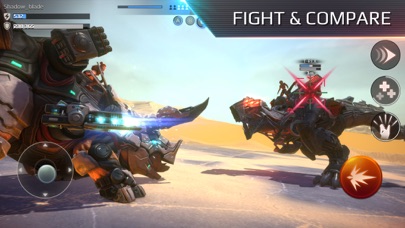 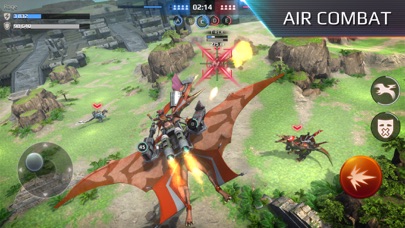 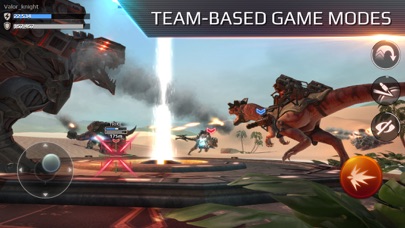 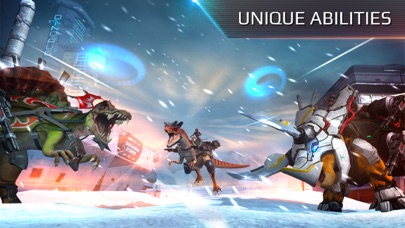 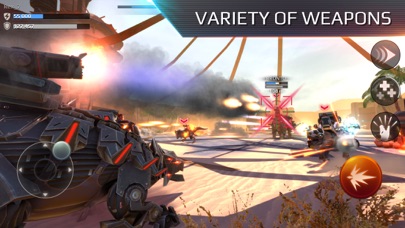 The game is still under active development. We carefully read all your comments and feedback to make sure every new update counts. Thanks for your support!
FULL METAL MONSTERS is a mobile game like you've never seen before. Battle metal-plated monster dinos in a post-apocalyptic world! A synchronized 5x5 PvP action shooter with different modes! Control beasts on land or in the sky, fully mechanized, augmented or all-natural: the choice is yours!
Tame and command dozens of blood-thirsty metal hunters ready to destroy anything in their paths to win!

Unique setting!
A harsh new world where only the strongest survive!
Game mechanics galore
Chew through enemies in melee attacks or strike from a distance, sabotage on the sly or hurl headlong into battle!
Tons of different creatures
Metal, all-natural or augmented: take your pick!
Skills, skills, and more skills
Every dino is unique and has its own abilities, including dashes, jumps, splatter stuns, regeneration and more.
Land and air battles
Sky battle fans rejoice! We've got flying dinos and more. Pick your battleground!
A wealth of weapons
Equip your dino with any weapon you want, from traditional guns to next-gen energy blasters!

The game has 3 main dino types, including:

1. Mechanized – AI machines devoid of any biological tissue and mercy. Specially equipped with an energy shield against weapons from the old world.
Tyrannosaurus is at the top of the metal jungle food chain. He can jump from place to place with super speed and stun several enemies at once. Deadly in melee battles. One false move and the enemy is toast.

2. All-natural – Life is evolving in round 2 upon the ruins of the destroyed old world. Now monsters from the Jurassic Era are out to kill, not to live.
Spinosaurus is an insatiable hunter killer. Dino butchers preying on lesser animals, spinosauri can hold their own in melee battle and against enemies with superior strength. Their jumps give them unmatched mobility, and their mighty roar can stun a whole group of enemies, leaving them open to deadly attacks.

3. Augmented – On the border of human and machine, they are the best of both worlds. Human intellect mixed with advanced tech form a deadly combination.
Triceratops – You don't want to get in his way when he's charging. Triceratops are always on the hunt for their next victim. Their razor sharp horns are tough to dodge in melee battle, and these beasts can even restore their own health if they need to.

FULL METAL MONSTERS is free to download and play, but some in-game elements are available for purchase. The game requires a stable internet connection. Mobile internet will do, but Wi-Fi is best.

I found a glitch where u can fly above the limit, i was literally 400 m above ground,

I come back and my progress is gone. Bad game, can’t even remember my old rider ID, Dino squad is way better than this.

Working up to a quality game
Red Bulldog

This game is refreshing and unique in its own way. The developers have listened to the reviews and have made some fixes and adjustments here and there. Personally I think beating the air units is more about skill than overpowered units. The consistent in game purchases is valid in my opinion due to the fact that to maintain the quality and look of the game they need to make some money for that to occur. It’s not like they force you to pay to play. You can get a great experience out of playing like I am, if you just accommodate and play game after game to get better. This isn’t a paid review or anything just though a comment on it is worth my time. Try the game out for yourself.

Dinosaurs robots and guns what more could you need? A console version

Good game but too many bots
DankSauuce

Having a ton of fun with this game, the main issue is ending up in bot only battles. I’d rather wait 30s - minute to at least play with other real players. Usually I’m placed within 3 seconds but then most of the time it’s me vs all bots, or if I’m lucky 2 real players on the other team, maybe one on my team. I feel like this has gotten worse as I’ve gone up in levels (level 16 now).

I lost my dinos my mech Rex and Anglosaurus And my mech stegosaurus and my proverbs wen it updated and I want them back Now!!!

Full metal monsters was a good name. I’m not trying to be rude but now it kind of has the name of a cheap simulator plz if u read this change the name or even better change it back, also the new name sounds like it’s a totally different type of game plz read this. I love this game :p

I find it hard to aim with the names floating over the players all clustered together. I like how you can tell the range of the enemy but if you could make it so the players crosshair came across the enemy then it will tell me the info like range and name displayed. like that makes sense right?

I love this game, it’s amazing. But recently I haven’t been able to play it because it’s wont load up past 34%. Otherwise, it’s a must play.