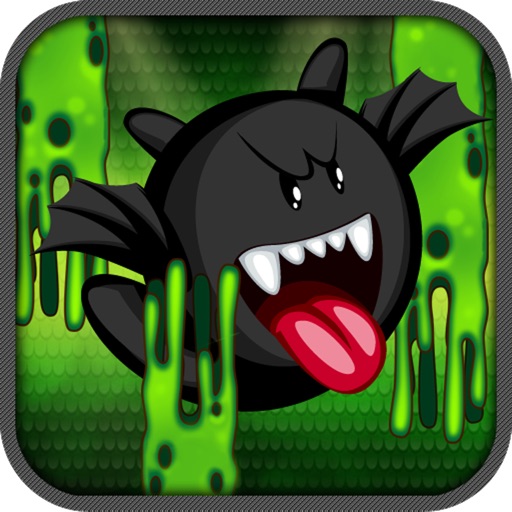 Are you ready for Super Fun, Super Challenging, Addicting Game?

Unlike others before it Flappy Bat has been inspired by the Super Popular Flappy Bird style game but we have added New and Improved Functions, Fun and Game Play!

We have listened to what users have been saying and Flappy Bat is the answer.

The game takes place in a dark, dank cave as you help the vampire bat escape as you build the highest score possible.

With New Cave Slime Obstacles that grow and grow as you play, creating more of a challenge to gain points.

But thats not all!

The game also increases speed as you play forcing your reactions to avoid objects to be the best it can be.

This New style of Endless Runner game has been designed with 2 Play Modes: