FFBE WAR OF THE VISIONS 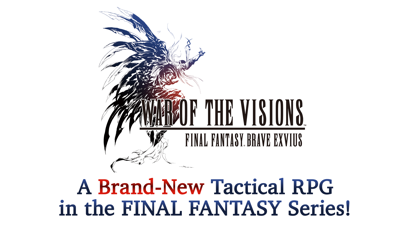 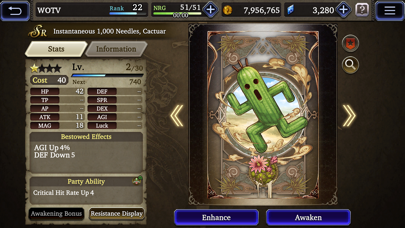 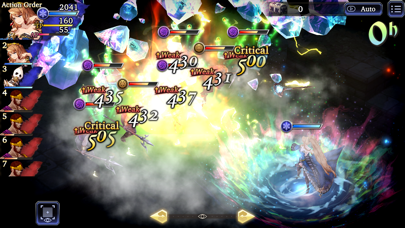 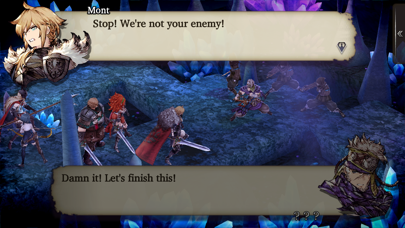 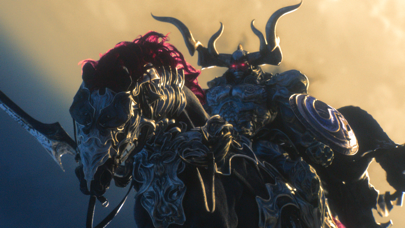 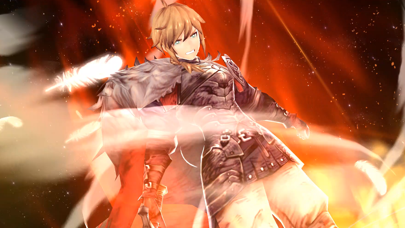 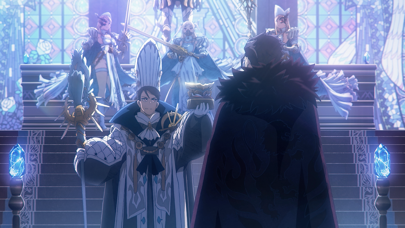 In the latest work of the FINAL FANTASY BRAVE EXVIUS series, experience a battle that has remained unknown in the world of FFBE...until now.

Characters from past FINAL FANTASY titles will be included!

Twin princes and the beautiful steel maiden—
The War of the Visions begins!

＜Battle System＞
The pinnacle of tactical battles, presented in 3D terrains with various elevations. Aim for victory by employing unique strategies for each battle.
Auto-battle and increased speed settings are also available, allowing beginners to play with ease.
Similar to previous FINAL FANTASY titles, characters can make a difference between victory and defeat with special moves called Limit Bursts that feature impressive displays and powerful attacks!
Familiar Espers of the FINAL FANTASY series will appear in CG animations, supporting players with their incredible power.

＜Job System & Elements＞
Acquire new jobs by raising units with the Job System. In addition, each unit has an Element that can be utilized against enemies to deal increased damage. Make good use of the Job System and Elements to gain the advantage in battle.

＜Quests＞
In addition to Story Quests where you can enjoy the main tale of War of the Visions, you can enjoy more than 200 unique quests within World Quests and Event Quests, where various materials can be acquired.

＜Voice Acting＞
Story Quests are fully voiced in Japanese and English. Choose your preferred language and enjoy the tale of War of the Visions.

With visions—the hopes and dreams of
legendary warriors given life—on their side,
Leonis could hold its own against the might of other kingdoms.

But as the ever-repeating cruelty of fate would have it,
even the bonds of love and friendship cannot remain unscathed.

The twin princes of Leonis,
Mont and Sterne, are no exception.

Their feud signals the beginning of the end of the longstanding War of the Visions.

In this war-torn land of rivaling nations,
who will be left smiling
in the dazzling light of the Crystal?

＜Familiar FINAL FANTASY series Espers such as Ifrit and Ramuh appear!＞
＜In addition to Ayaka and Aileen from FFBE, Global-original characters will also participate in WAR OF THE VISIONS FINAL FANTASY BRAVE EXVIUS!＞

And so begins the tale of the War of the Visions.

Please fix the scrolling in the store/shop!!! It scrolls up to the top after each purchase. It’s extremely annoying.

Like the title says this game is NOT F2P friendly. Lately the game has been having limited time units back to back and its not letting up. Just the cost for the game is insane the actual cost for a 10 time summon is $40. The company behind this game is money hungry.

Will not get past the splash screen on iPad

This game will consume so much of your life/time/money for little satisfaction in return. Unlike FFBE, you won’t be able to enjoy your unit roster to fight bosses and earn great rewards. Their raid system is just terrible even with the late QoL updates they have been releasing to global while JP has them applied months ahead of GL. Just like every other gacha game they have UR units but on top of that they have Premium Units which are basically pay to win to guarantee you wont lose to free to play, which also costs DOUBLE the cost on top of the really low rates of UR units. Multiplayer feature is just plain toxic and have no control over team killing people on purpose or other griefing tactics on top of 3rd party bot users which aren’t banned from the game. Also players have resorted to only following viable units for multiplayer farming making it so disappointing for the rest of the player base to take part in. Future maps & battles are designed to compliment unit banners to bait players into pulling but becomes useless again because of this endless cycle until they become viable for the map. AI is really stupid even after the QoL changes and designed to influence the current meta & compliment the new units as well.

Pay to win trash, cash grab of a game. I will never try another game developed by this company

Gumi has been proven to be defrauding their customers. Do not give them money. Someone sue them.

If I wanted a game this complex I’d buy something in console or PC. For a mobile game there is way too much going on. Gameplay is enjoyable, but the menus and everything else are just awful. FFVII remake on PS4 is less confusing and I spent $60 on that.

Good game, would like it to be a great game just the Visiore was done so that the “fans”who are not freakin Mathematitons, the people that designed the money system should be fired. the characters are set up on a guess System, what a joke! When you make a fun game like this, make things a little easier to obtain! Sincerely, Final Fantasy fan. 😕

I enjoy the game, but the summon system is broken. Some cards don’t register and support has not been helpful is fixing it. Not worth the risk of spending money knowing summons may not be honored. No way to go back more than one summon to see if the summon shows up in game on the “previous summon” record.