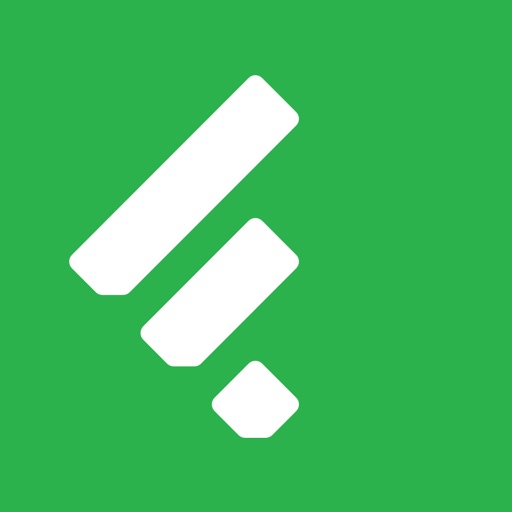 A single place to easily read all the news you rely on to think, learn, and keep ahead. 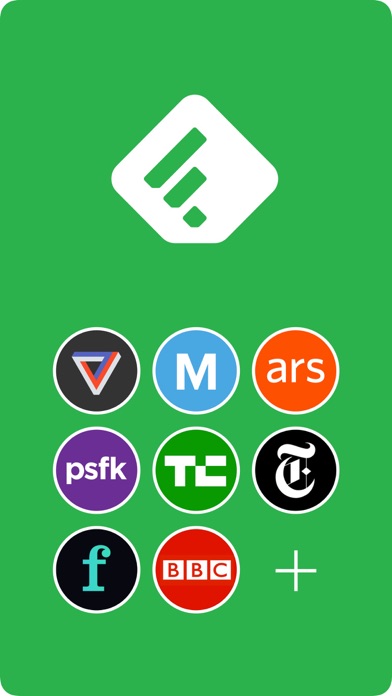 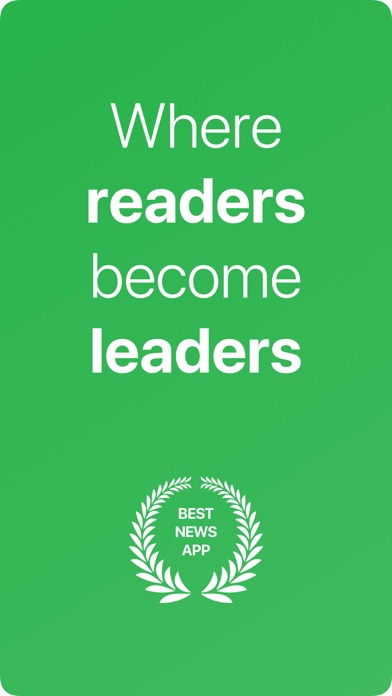 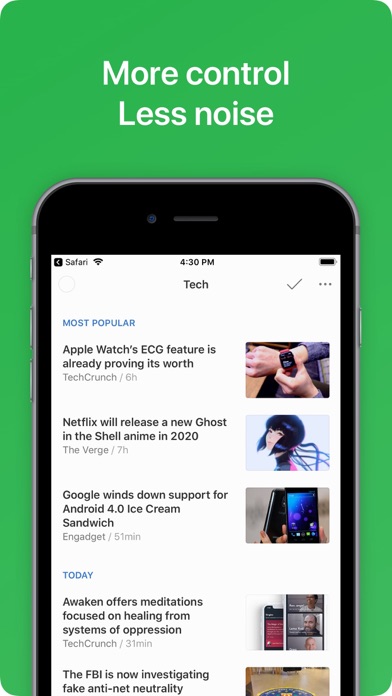 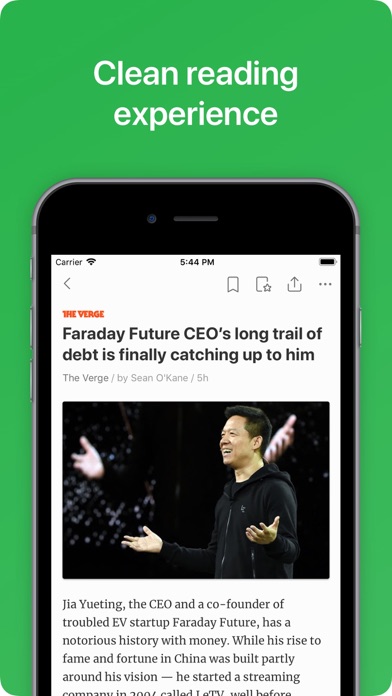 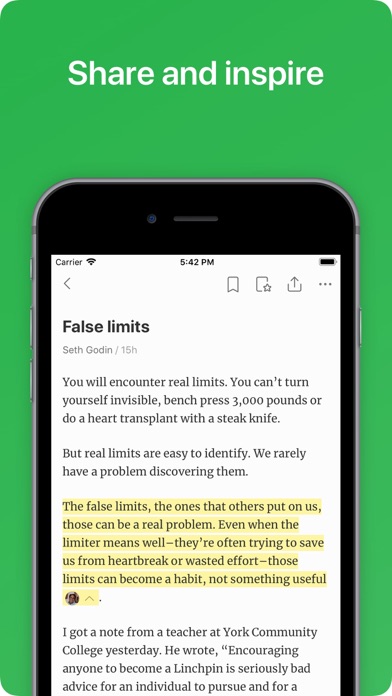 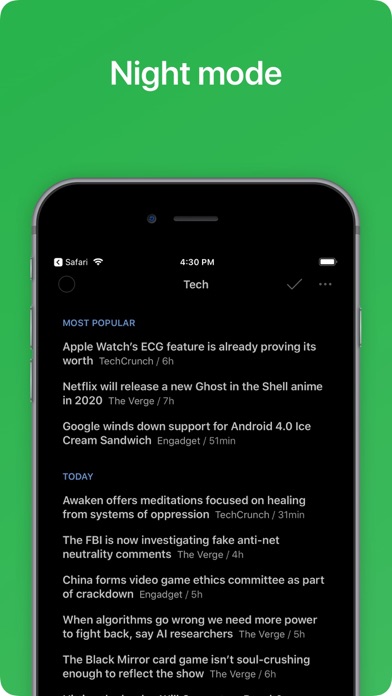 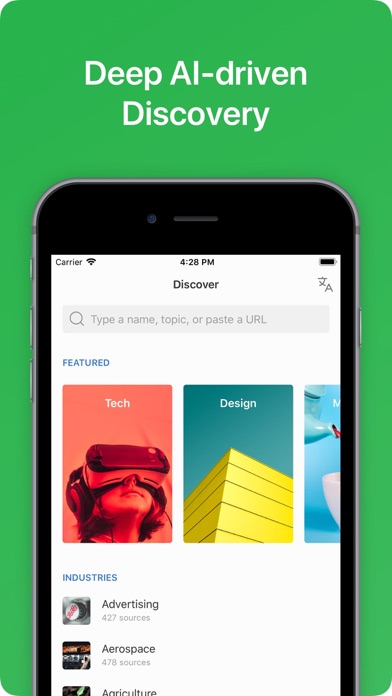 Everyday, millions of professionals and enthusiasts use feedly on their iPhones and iPads to read the blogs, magazines and publications that matter to them.

With feedly, you can easily organize all your publications, blogs, YouTube channels in one place and consume and share more efficiently. No more zig zagging. All the content comes to you in one place, in a clean and easy to read format.

Faster access to lots of different sources of news and information means that you can more easily keep ahead with what is important in your industry and the topics you really care about.

Because feedly is connect to millions of feeds, you can really go deep and find the niche content that is specific to your work or passion - this is a big difference when you compare feedly with other news apps which are usually very shallow and feel very random.

From tech to business to design to marketing to media, feedly helps you discover great feeds you can add to your feedly and easily read in one place.

Because it is powered by RSS, feedly is an open system: you can add any RSS feed to your feedly and easily read the content of that feed on the go. Just enter the URL of that feed in the search bar.

We believe in speed and simplicity. We spent a lot of time making sure that feedly is the best free reader available on the iPhone and the iPad. The app loads fast and offers a simple and clean reading experience.

The best way to start is to search of a blog, magazine or newspaper you read regularly and add it to your feedly.

If you are looking for inspiration, you can open the search panel and browse some of our popular topics and discover the best blogs for tech, business, food, marketing, entrepreneurship, design, backing, photography and more.

Your mission is to deliver in one place all the knowledge and inspiration you need to keep ahead.

I pay for this app and am constantly getting ads covering the lower quarter of my screen ESPECIALLY since I have location turned off on my phone and they are serving local ads. Not to mention the fact that I’m getting ads using an app that I pay $7 a month for.

Very good in many respects but missing some key features. Still no native iOS 13 Dark Mode (they haven’t switched from their old custom dark mode thus screens like sharing and onboarding are still in light mode. You can have articles open in safari built in reader mode automatically which is great but you can’t disable that for select feeds like you can in other apps like Reeder 4. For instance Daring Fireball and HackerNews feed you will always want to open in feed mode rather than the actual linked page. This is the biggest issue I’ve found. Other apps like Reeder support background refresh so feeds are always up to date. Feedly oddly still does not so each time I open have to manually refresh. macOS was updated last year to make safari more secure yet they still have not updated their Safari extension so still no way to save articles in safari to the read later system, not even a js bookmarklet. No Siri shirtcut support like other reader apps. All in all the app is bit behind the times in supporting all the iOS technologies. Also the action buttons are on the top out of reach rather than the bottom when viewing an article like most all other apps that have in thumb reach at bottom.

The app seems to be getting steady updates, but unfortunately, they make the experience worse more often than not. Previously, refreshing the feeds list would fail to find new items until the app was force-crashed, then the feeds list would insist that new items existed but the feed view would show “all caught up”. Most recently, the feeds list frequently fails to paint at all, just showing a solid white panel that never recovers, so back to force-crashing. While all this is going on, the app frequently resets when running in the background, so getting an iMessage or slack message is now likely to make Feedly forget what you’re reading, and the feature to leave that story as unread if the app switches away no longer works, so my rss reader is losing track of things I want to read (I.e. the cardinal sin). I expect more from my iPad Pro, get it from other apps, and used to get it from Feedly.

The navigation is terrible and the menu often doesn’t load upon launch. Would never pay for this lack of quality.

Dark mode should be tied to iOS settings.

Awesome app but Feedly is the only iPad app I have that doesn’t scroll using a mouse in iPadOS. It only scrolls if an article is supported by Reader mode.

Hey devs, unless I’m in night mode I can’t see the time or other stats in the notches of my iPhone... just white space. This is pretty aggravating since I can’t keep track of the time or even my battery level as I’m catching up on my feeds. It been like this for a long, long time.

I am super dependent on Feedly, I have loved it for over a year or so, but for some reason I can’t access the menu and am limited to reading whatever is in the feed. I’m already looking for others since it really has become inconvenient.

Due to the latest update, Feedly now just displays the splash screen and nothing else. No feeds, no favorites - nothing. Did anyone test this before releasing this version? This seems to be an instance of bad quality control.

I would give it a zero if I could
Steven_Oates

Used to have this years ago, it was merely frustrating then. It’s totally useless now. After following two feeds, it won’t allow me to do anything other than sign up for an $8.00 or $16.00 subscription. What a load of money grubbing BS! I still wish that google never ended it’s reader. Thanks feebly team for proving once again the only things that matter are money and profit.