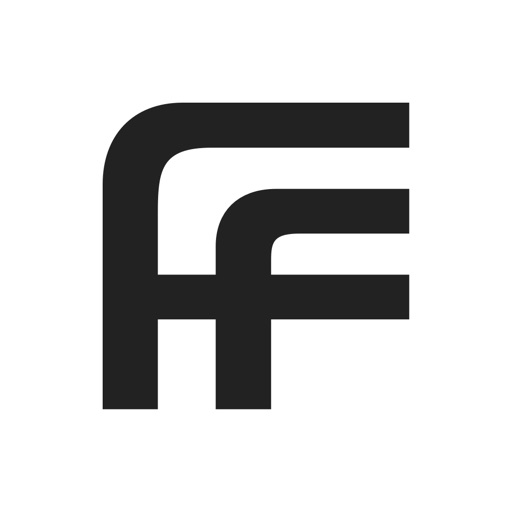 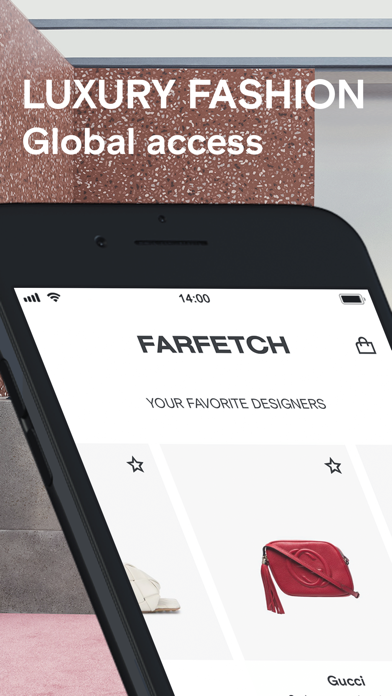 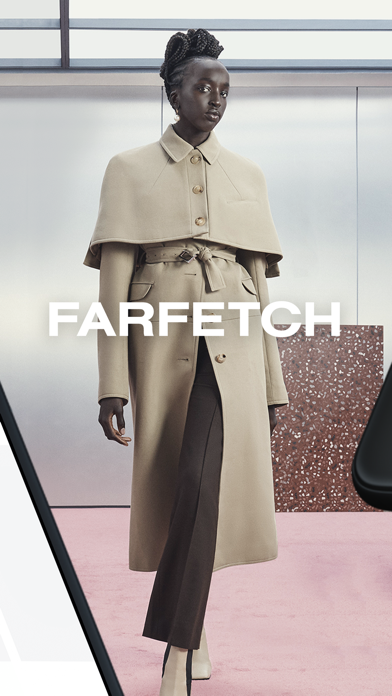 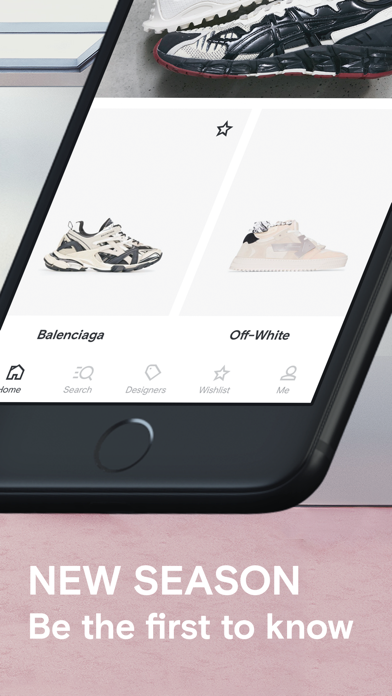 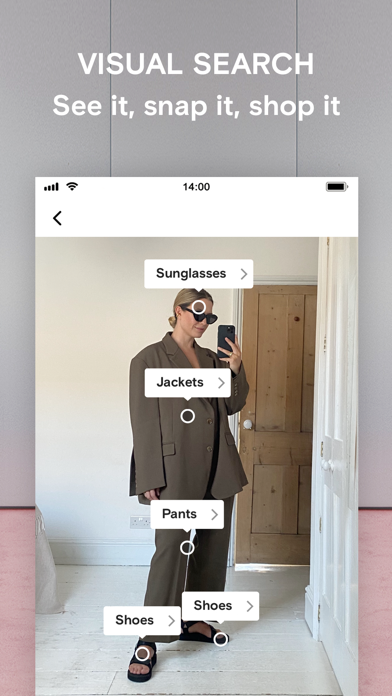 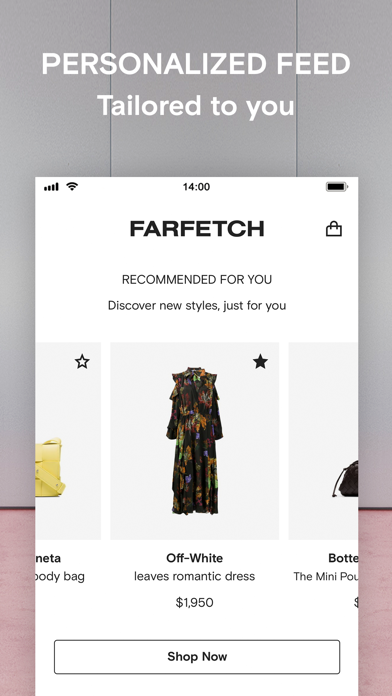 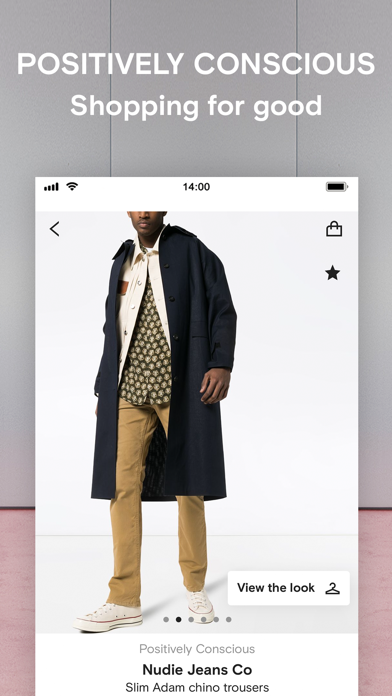 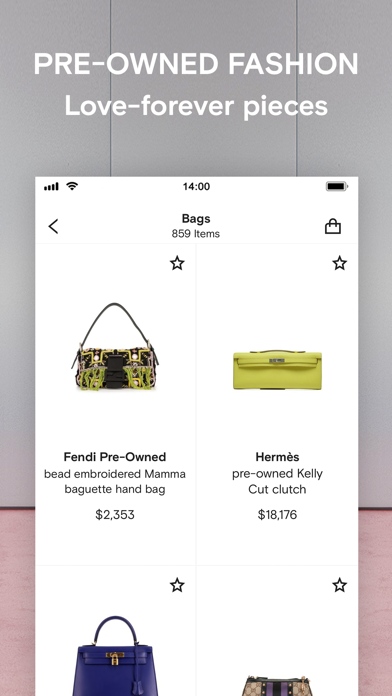 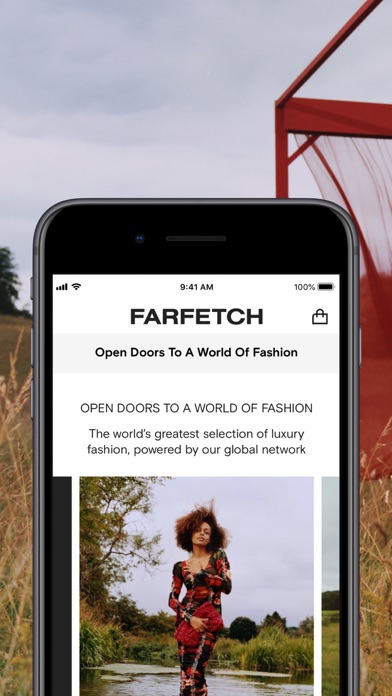 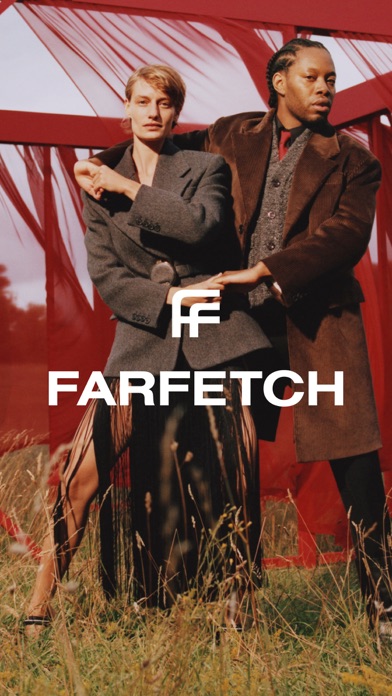 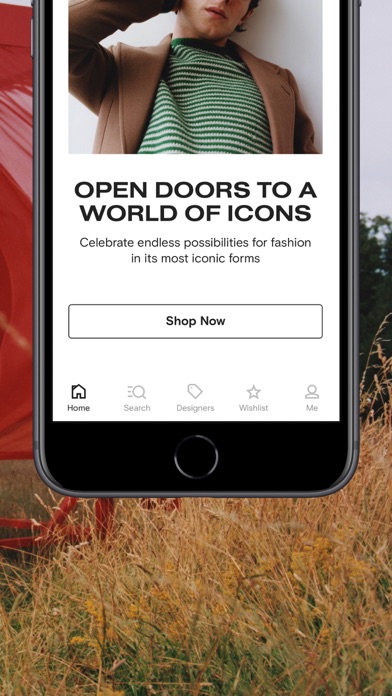 From a vintage Chanel outfit to those black Gucci boots, we have everything you need for a luxury fashion shopping experience. Buy clothes and shoes from distinguished designer brands and explore exclusive vintage pieces from names like Gucci, Chanel and Yves Saint Laurent.

Top 5 Reasons to Download the Farfetch Shopping App:
Shop the world’s greatest selection of luxury fashion
Browse curated designers and discover innovative labels
Be the first to hear about sales, offers & promotions
Get access to new arrivals first - from clothes to handbags
Save favorite items in your personal Wishlist

Sales, promotions & arrivals - be the first to know about the latest offers and newest additions. Whether you want to buy an outfit for a special event or simply browse through AW/17 must-haves, the Farfetch shopping app has it all.

Explore the world of fashion and build your designer wardrobe with Farfetch. Buy luxury clothing, shoes and bags for women, men and kids at just a tap of a fingertip.

Farfetch ships to over 180 countries and offers free returns with pickup, just in case you change your mind.

Visit us online at https://www.farfetch.com/discover-app

I’ve made almost every Farfetch purchase using the iOS app. These are the most notable problems I’ve encountered. 1. When you filter categories of shoes (in my case, boots) it’s impossible to eliminate the wrong sizes. I wear a size US 11/IT 41, so I select sizes 41, 42 and 43 for my results page. About 80% of the products I decide to view are only available in sizes up to 39 or 40. Even when I select only 42 and 43 I end up seeing shoes no larger than 38. 2. If you use the search bar to type in specific terms, say, “t-shirt dress,” you can’t filter sizes at all. It’s not an option. 3. The favorites list doesn’t allow you to save items in your size, and it won’t automatically delete an item once your size is sold out, rendering that limited space cluttered and useless. 4. If you use more than one credit card to make separate purchases on your account, your account can end up locked for weeks until their team located in another country gets around to completing a security check. In my case, I’d already used those same two credit cards before, so the security hold made no sense. However, if this had delayed my purchase by a day or two, I’d tolerate it...but WEEKS? Ridiculous. Upon each call to “customer service” I was told the “Portuguese team” would unlock my account in two days, then two more days, then one week, and then two weeks. Among the excuses I heard: “They already left the office for the weekend and they don’t ever work weekends.” “Today is a holiday there.” “I don’t know why it’s not done yet.” This experience and two others made me fearful that my financial data was in the hands of incompetent people with no accountability. 5. When Farfetch has trouble generating a return label due to their derelict boutique partner’s irresponsibility or failure to cooperate, the customer pays the price. I’ve been waiting almost two months to return a $200 dress to a boutique in Brazil. That’s $200 I expected to be refunded promptly once I determined that the item’s quality and fit were poor. At this point I don’t know if I’ll ever see that $200 again. 6. The app “recommends” items for me based on nothing more than whether I’ve viewed a product once. So if I accidentally tap a pair of Stella McCartney boots, the app will show me ads for Stella McCartney while I scroll through products and I’ll begin receiving emails about Stella McCartney (a designer I strongly dislike). Their suggested designers algorithm needs work, to say the least. 7. Product sizing information is often poor. Sometimes you’ll see the heel height of a pair of shoes, or which size shirt the model is wearing, and sometimes you won’t. It’s common, and that’s a big problem when you’re ordering items from overseas through a company with sketchy returns/refunds. Every purchase is a roll of the dice. Maybe that’s no big deal for shoppers of extraordinary wealth, but $1000 is a lot for most consumers. 8. I’ve been misled twice about the materials used to make jewelry I bought. Items listed as “sterling silver” or “silver” turned out to be brass. 9. The app has crashed on me multiple times while trying to enter a promo code and complete the checkout process. 10. This is a global business. The app and customer service reps should be capable of adjusting services for different time zones, but they’re not. 11. Finally, the prices fluctuate wildly, especially during sales. Sometimes an item will be listed at $350 for a month, and then jump up to $600 for no apparent reason. Now, I know the reason but I won’t bemoan it here. Just know it’s an unethical practice. If you love Farfetch as I once did, try conducting an experiment. Use Farfetch as a catalog for unique designer items, and then go looking to buy them elsewhere. Over the last two months I’ve found FIVE pieces I’d bookmarked on Farfetch for dramatically lower prices on different sites. A Diesel Black Gold sweatshirt that’s marked down to $200 on Farfetch can be found on the Diesel site for $125 (I found the same shirt in pristine condition for $80 on The RealReal. The pair of A.F. Vanderforst boots I’d hoped to buy for $600 on Farfetch but they were unavailable in my size, appeared on the Vanderforst site for $75 less. Moma boots on Farfetch: $500. Moma boots on YOOX: $363. Shirts by Kappa can be found for half their Farfetch price all over the Internet. Same goes for jewelry by popular designers like Maria Black, Charlotte Valkaniers and Charlotte Chesnais. As far as I was concerned, Farfetch was once THE online destination for designer pieces, but it’s declined in every aspect. The most important component of their business model (arguably) is customer service. App problems, pricing issues, unreliable product data...consumers will live with these screw-ups if they know there’s a friendly, knowledgeable, hardworking customer service rep ready to make things right. During the last few months of technical errors, misinformation, problems on three separate purchases, massive inconvenience and their failure to refund my money, I’ve spoken to six different reps who didn’t know what they were doing. Two of them were actually amused by my frustration. At the end I was offered a $25-off promo code as an incentive to retain my loyalty. This is designer apparel; $25 off is laughable. It’s nothing. Farfetch had a loyal, frequent customer in me. They’ve wasted my time and money, but they lost me because of the indifferent, poorly trained, unaccountable people they hired to answer the phones. A complex business model demands intelligent, dedicated people to interface with the public. Instead they’ve hired a team of nonchalant twits to ensure their own demise.

with so many boutiques, most likely you will find what you are looking for

Apple Pay does not work
Gazkw

Despite having Apple Pay set-up and used regularly on my phone, this app keeps pointing to the set-up menu and does not allow it to chosen as a payment option.

Great place for the best style!

What happened to Farfetch? Beware.
Tgalore

This used to be my favorite app and digital retailer. I don’t know what’s happened there, but their customer service is now outrageously incompetent. The once-dependable app is plagued by security problems, errors and inconsistencies. My account was locked for trying to use two credit cards. Their “Portuguese team” didn’t resolve the issue for two weeks. Because of that series of mistakes and misinformation, I missed a sale and a critical purchase for an event. Over the last three years I’ve spent several thousand dollars on the Farfetch app. After the last three months—during which I had to write multiple emails, waste hours of time and speak to six indifferent customer service agents (I’d never needed to call customer service before 2018)—I am DONE. Beware, fashion lovers. This isn’t a safe place to spend your money.

The service is outstanding...I will always shop at Farfetch for my designer shoes that are hard to find 😃

I ordered on Sunday afternoon from Fla. the handbag was coming from the United Kingdom, it arrived on Wed. It was just as described. The communication was excellent. I highly recommend Farfetch!

I love Farfetch. Everything I dream of I find on this site. Major Love!!!

Always pleased with the selection of goods at Farfetch!