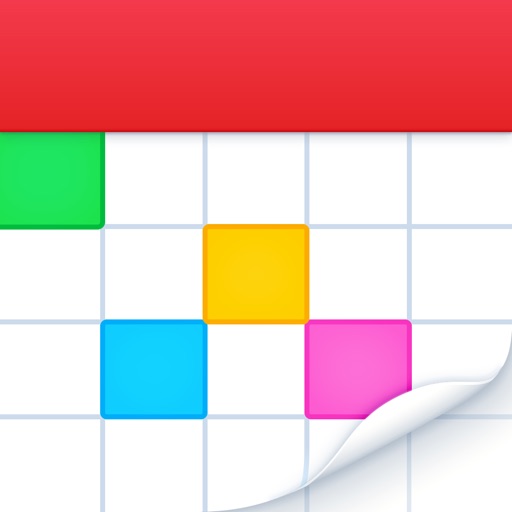 I love this calendar app, from the design to the baked in features it just works!

Used to be the best ?

Worked so much better before they went to a subscription model. At that time they claimed that we who had bought the app outright wouldn’t lose functionality … that’s just not true. I paid not only for the iOS app but also for the Mac app … I really wish they’d let me keep those and created new apps for the subscription model. Even if it had never been updated again that would’ve been fine, but whatever. I didn’t want to write this review, I kept waiting for them to fix what they broke … but whatever. Can anyone recommend another app that combines calendars & reminders, but is actually an improved view & interface for the data in Apple’s apps like Fantastical used to be?

I really enjoy this app, it syncs great with my apple calendar with no extra steps from me. It has a lot of great view options and even has a few widgets. However…. I wish there were other color options, especially for the widget. It would be nice to modify the colors to match my phone theme or even have a transparent option so that it meshes well. Just a thought. Definitely a recommended app to have though!

I used to love this app and most of its features except now I have to deal with buggy widgets. At times they don’t load or one issue I’ve been facing recently is that they don’t update to the current month or week, which defeats the purpose of having it on my home screen. I hope they fix it to make this an overall well rounded up again.

I purchased version 2 of this app. Developer states “ All of your features from Fantastical 2 are automatically available and do not require a Flexibits Premium subscription”. Problem that’s not true and the only option offered now is to purchase a subscription to use an app I already paid for. Usual rip-off !

Sick of fees after onboarding

Can’t developers just be up front with all of the costs associated with an app? Tell people before they set everything up that it’s only free for two weeks and then it’s a subscription service. Be transparent and you won’t be ticking people off and wasting their time.

The app and its widgets do not refresh in the background, at least not when natively connected to Exchange accounts. You need to open the app to see updated/added calendar events. This makes the app unusable for most professional applications: I won’t see or notice if my assistant adds events to my calendar. Apple calendar does that and generates a notification too. Fantastical does not and therefore appears as little more than a toy. Too bad

Natural language event creation is poorly done and cannot be turned off. People have been complaining about this for several years now, you’d think the devs would get the idea. Oh and fantastical also screwed over all of those who purchased F2. They deleted F2 and forced paying customers into a subscription model with F3.

Don’t use it much, but I had an important upcoming event I wanted multiple alerts for… seems that functionality was stripped away at some point.

Purchased Fantastical version 1 & 2. Worked on my apple watch before. Now you want me to pay for a subscription to use on my Apple Watch when I have already purchased??? Not happy with this at all.