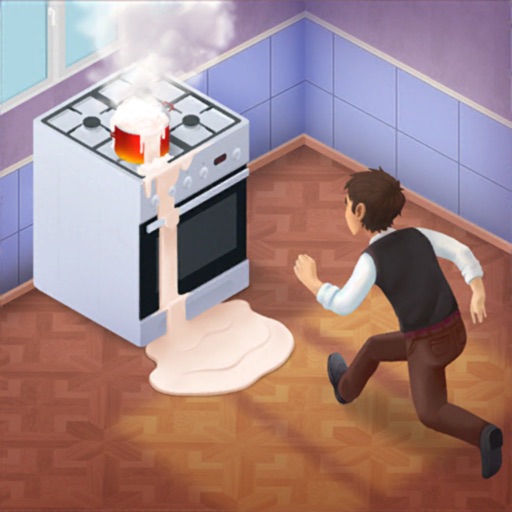 Family Hotel: a plot-driven​ ​match-3 game​ with new mechanics, memorable characters and  exciting side-quests. ​​Build a hotel​ ​of your dreams and enjoy ​​romantic story​ ​happening in front  of your eyes! 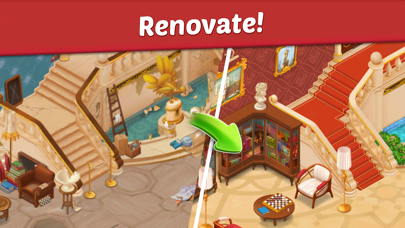 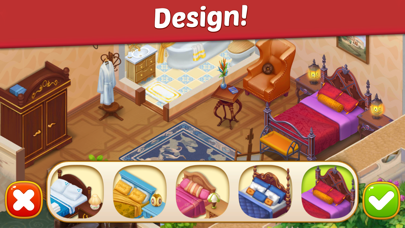 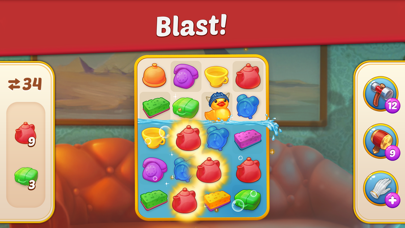 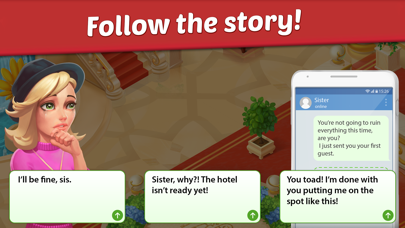 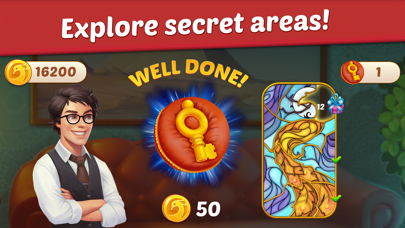 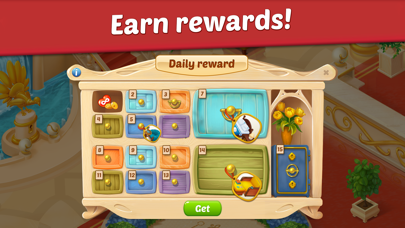 You are going to turn a run-down countryside ​​manor​ ​into the high class family inn. Play ​match-3  to clear the rubble and let your imagination flow as you start the ​building ​restoration​​ and bring it  back to its former glory. Enjoy your new ​​hotel life​​!

Work alongside Emily and Max, the unusual duo behind the ​Family Hotel​. When the  co-managers first meet, it seems unlikely they’ll stand long enough to turn their vision into  reality. As they join their forces and cooperate, though, the two realize just how much in common they have. They develop a one of a kind ​​mansion design​​ that could make them  famous.

Together, they’ll be able to ​build, furnish​ and customize each of the ​hotel’s rooms​. Replace the  worn-out fountain, add new unique decors and features, and prepare your new​ ​fun hotel​ ​to  welcome hundreds of visiting guests. They will all have quests that you can help them complete  for additional rewards!

Learn more about each of the characters in the game. Discover the details of Emily’s past and  uncover the mystery that surrounds Max’s family. Chat with your patrons in the lobby and delve  into one of the richest plots a ​match-3 game​ has ever had!

Will your project grow into a thriving business or spiral out of control and crash to the ground?  Will you be able to ​​renovate a hotel​​ or the whole idea is a failure? Is love in the air for the two  protagonists or will they fight until they split? The future of ​Family Hotel​ is entirely in your  hands!

Here is what makes our ​​hotel simulator ​game​ unique:

• Refreshing ​match-3 ​gameplay with dynamic combos, ​romance​ and mind-blowing power ups.
• Meaningful romantic choices that actively influence the campaign.
• A mysterious duo of protagonists whose future and fate you’ll be able to shape.
• Exciting side-quests, ​​hotel stories​​ and mini-games that will keep you glued to your phone.
• Opportunity to ​furnish ​hotel​ and​ ​decorate ​it just the way you want.
• An entire ​mansion to ​explore, restore and ​decorate​ as you see fit.

Enjoy the ​​hotel adventures​​ with our fantastic ​​match-3 building game​!

When I try to play it on the iPad it crashes right away. Could you please fix this? Thank you.

I pre ordered this game on iPad mini 2 with retina. It crashes. It will not open. The app support is not English.

Great game but u need to fix the floor
doctor42703

This game is pretty great so far but once you place the first half of the floor the game will let u play more levels and get more keys but you can’t use the keys and place the second half of the floor! Plz fix and then you’ll get 5 stars!

I just started playing this game. It froze up. Very aggravating..I deleted it..and tried it again. Did the same thing..hopefully you get it fixed..game would be fun when it stops freezing up..soon I hope..thank you

The game won’t load at all. It’s been stuck on the loading screen at 14% for longer than a day.

Can’t lay second half of the floor deleted game

This game won’t load, y’all need to fix it

Way too many technical issues
CPRNCSS

This game would be great . . . if it worked. It took forever to load, I played a few levels, then a pop up said I received a Christmas gift. But the screen froze so I could not collect it! Closed the app, reopened, and it’s been stuck loading at 14% for the past 10 minutes. Let me know when everything is fixed, and I may give this game another try! I always wonder about apps that are so full of glitches. I don’t mean to sound snarky, but doesn’t the developer try it out before releasing it? Because based on the reviews, everyone is having technical problems with this app!