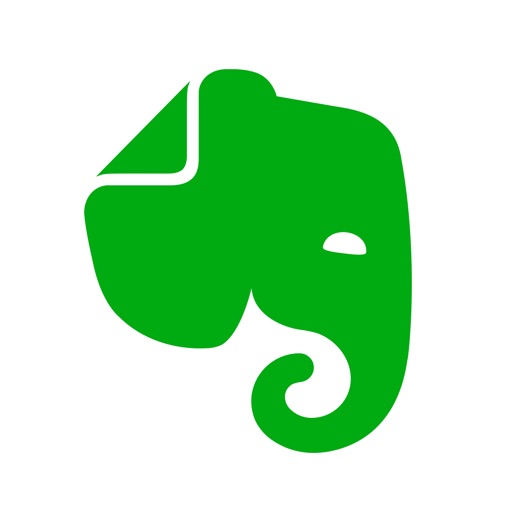 Evernote for iPhone, iPad, and Apple Watch is the modern workspace that syncs between all of your devices. Work everywhere and stay productive: 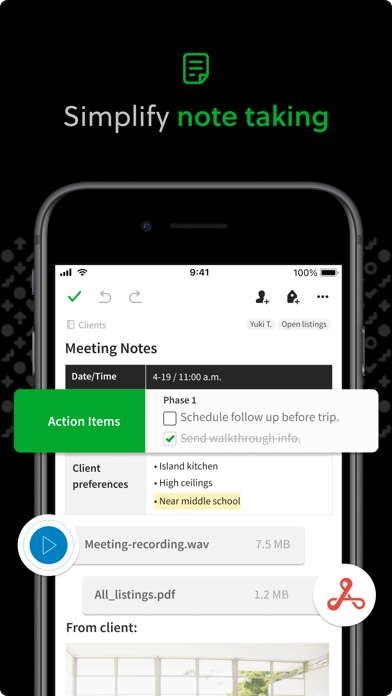 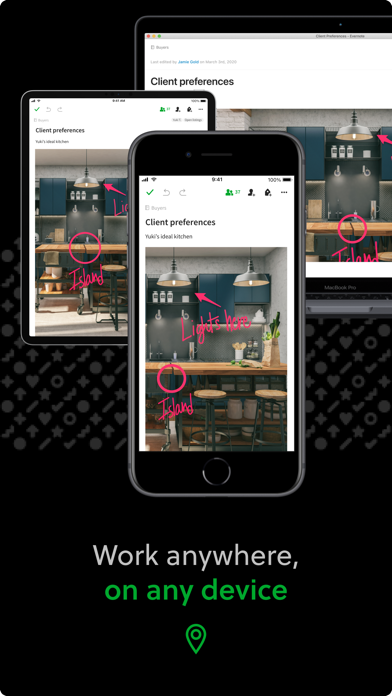 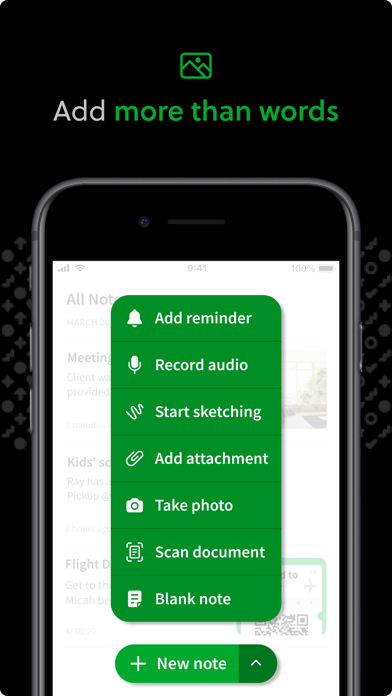 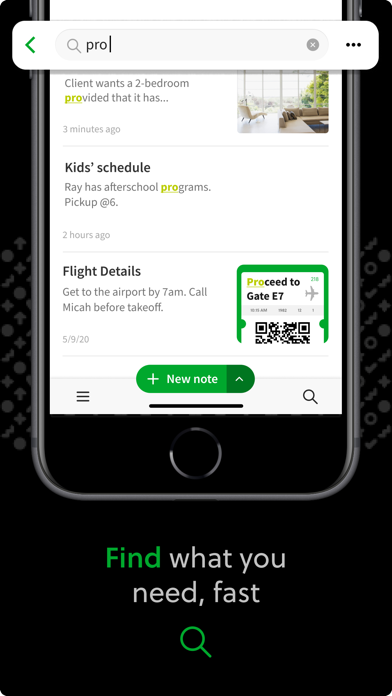 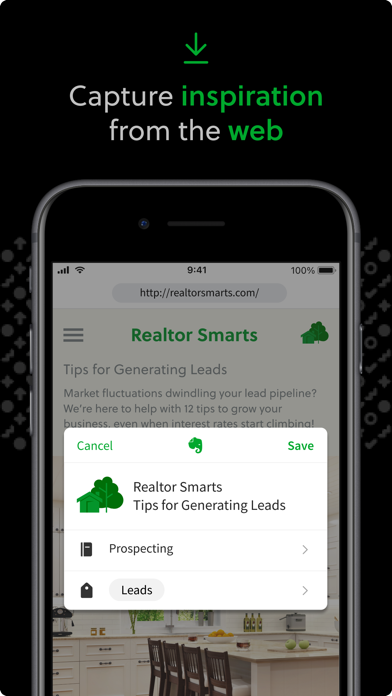 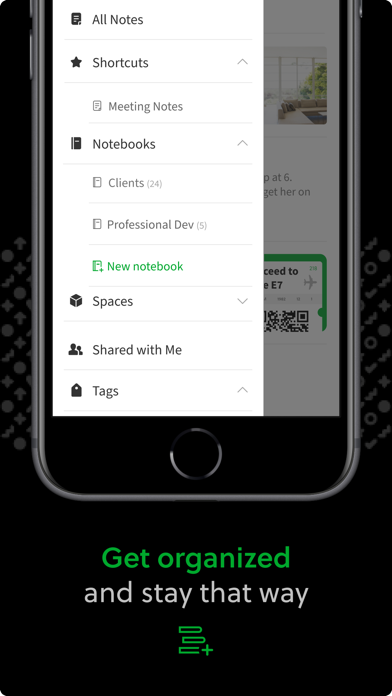 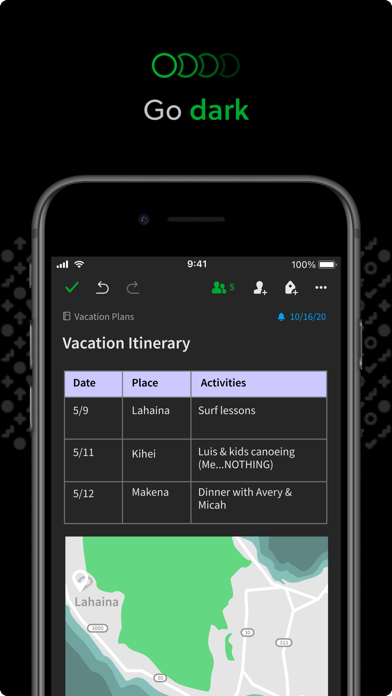 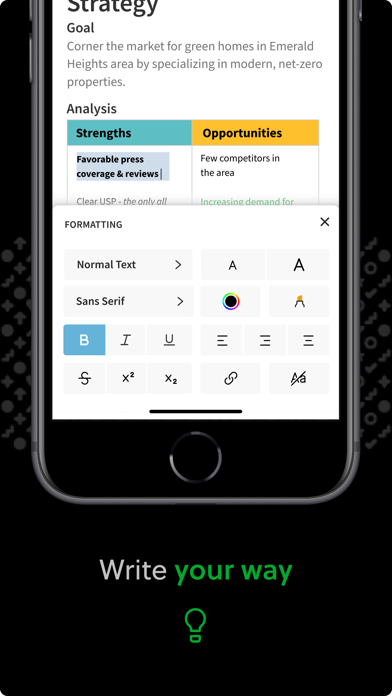 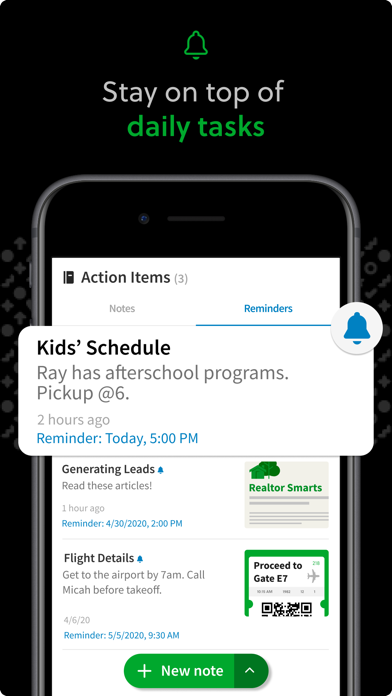 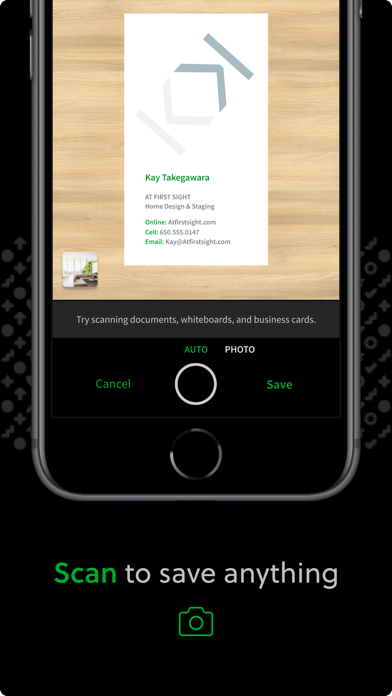 • Write notes, checklists, and research
• Organize web articles, docs, and photos
• Discuss your work with others, right within the app
• Present ideas without creating a slide deck

---
“When it comes to taking all manner of notes and getting work done, Evernote is an indispensable tool.” – PC Mag
---

100 million people use it to move projects forward:

ACCOMPLISH EVEN MORE WITH EVERNOTE PREMIUM
Evernote is free to download and use. Evernote Premium unlocks even more productivity:

• Offline access - work anywhere, even without a connection
• Unlimited uploads - keep all the files you need to get work done
• Better search - search inside Office docs and attachments
• Greater privacy - add a Touch ID or passcode lock
• PDF annotation - use shapes and comments to give visual feedback
• Presentation mode - turn notes into beautiful presentations, no slides required

---
"Use Evernote as the place you put everything...don’t ask yourself which device it’s on—it’s in Evernote" – The New York Times
---

Price may vary by location. Subscriptions will be charged to your credit card through your iTunes account. Your subscription will automatically renew unless canceled at least 24 hours before the end of the current period. You will not be able to cancel the subscription once activated. Manage your subscriptions in Account Settings after purchase.

I have been using this app for YEARS And I have a Premium subscription. They tried to get cute with the new interface and destroyed the functionality. I try to add a photo and it literally crashes. They need to fix this issue ASAP

You can redesign all you want but if the app fails, your redesign has failed. The app now swings from sluggish to completely stuck, rendering it pretty much unusable. Fix this. ASAP. Thanks.

Ever since the new upgrade my Evernote will open to take me through the changes and then crash. I can’t open it to access my note. I used Evernote’s for a lot of my information and now have no access. Please fix this ASAP

Highly considering switching to Notion. It’s a shame that the update has made the search speed and smoothness of this product WORSE.

Some time ago I downloaded Evernote, I already deleted it. I keep receiving emails from Evernote telling me that someone is using my app from Slovenia or some other place far away. I keep deleting these emails in case iit’s a hacker.

The recent update makes Evernote slow; slow to open, and slow to sync.

I’ve been using Evernote since the beginning in 2008. It has been my favorite app of all time! But the new version is so bad I’m about ready to cry. An example is that they have limited the colors you can use for text to only 14 colors! There are now only FIVE FONTS you can chose from. The notes used to be stored on my device and synced, but now they are all cloud based, meaning if you do not have an internet connection YOU HAVE NO NOTES!!! I have been paying for Evernote for years but I’m now considering moving my 1651 Notes (yes, I have that many) to something new.

The latest version is crap. I cannot open the application. All I get is the intro screen with 4 panels telling me how much better the new version is. It looks like I’ve lost all of my prior notes as well. I can’t find anyone who can help me - the boards supply no answers whatsoever. If I could give it negative stars I would.

I’ve been using this app for years. Not perfect, but convenient for my personal use. After upgrading to 10.whatever neither the iOS or Mac app will load or sync to my account. I just stare at a green elephant with a spinning green line around its head. I guess support is delayed 10+ days. So here I am. Great job.

I've been using Evernote for 4 years now to go paperless with all my bills and mail. Now they decided to change everything and I can't get it to do what it used to. I guess it is time to find another app. FRUSTRATING!!!