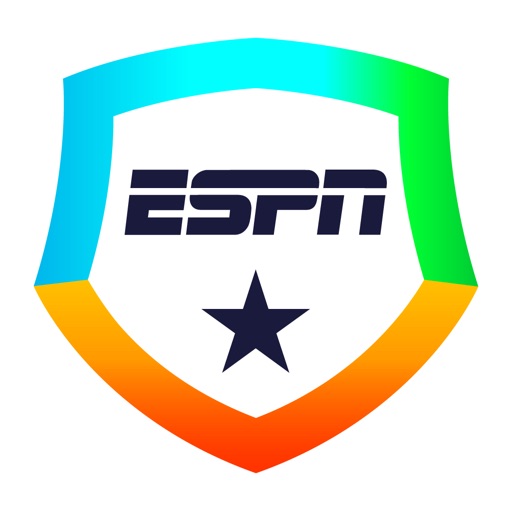 Welcome to Fantasy Football as it was meant to be played. Create teams and leagues, get a customized logo, hone in on your draft skills in a mock draft and then get the team of your dreams with the Live Draft. After you’ve completed your draft share out your top picks. Once the season is going talk trash with your opponents or your entire league, get a live feed of games from FantasyCast, and get all the news and updates you need from the most trusted source in sports. 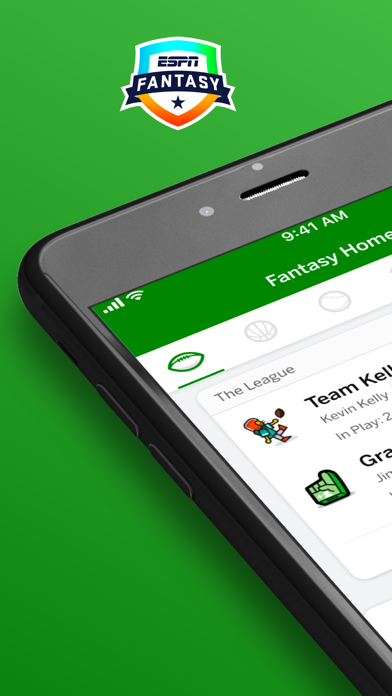 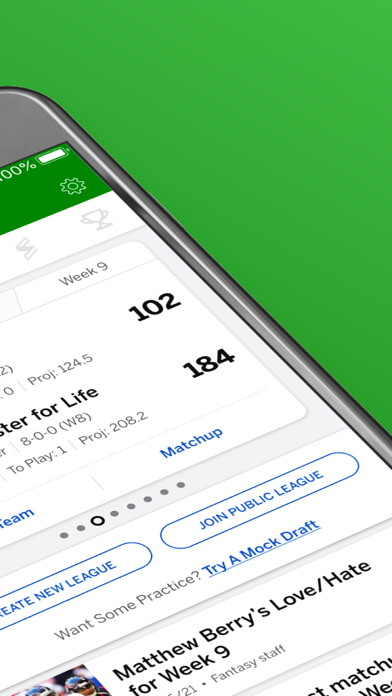 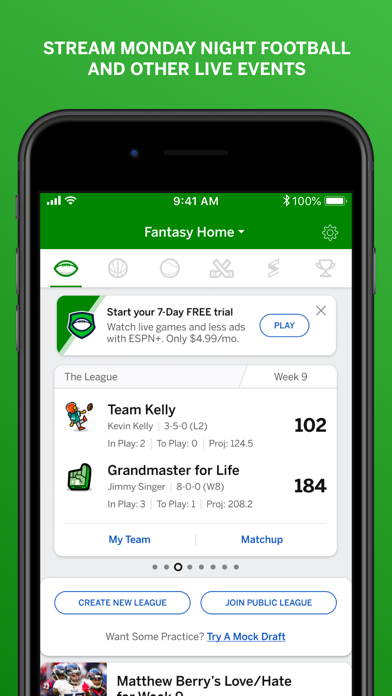 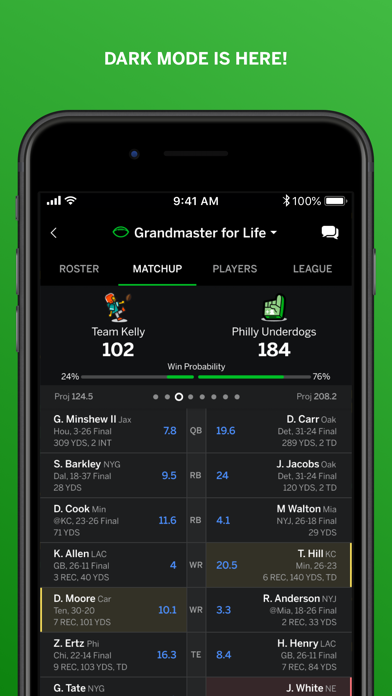 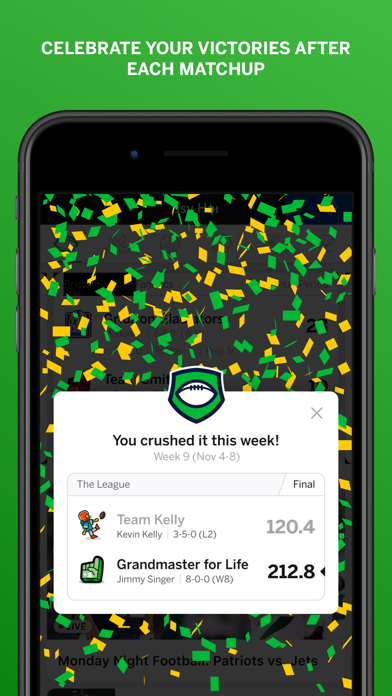 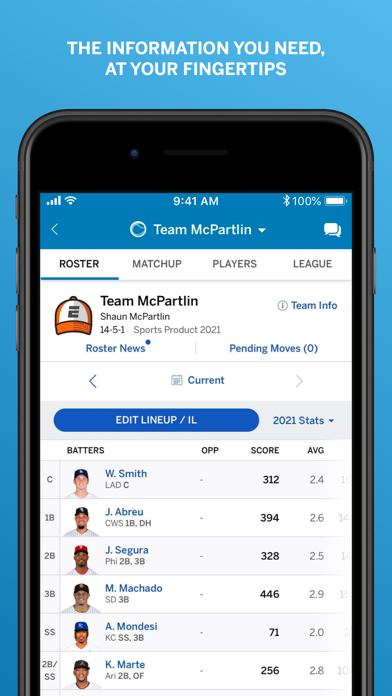 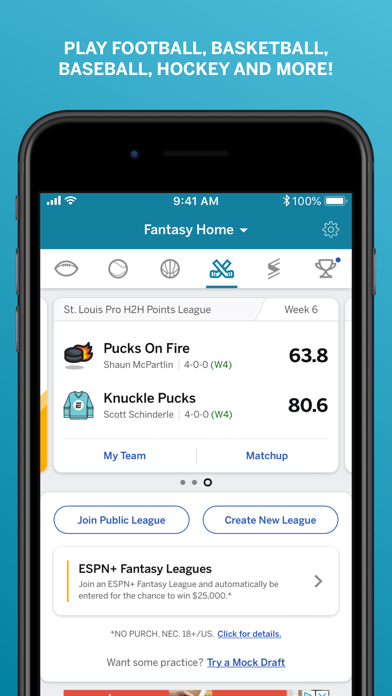 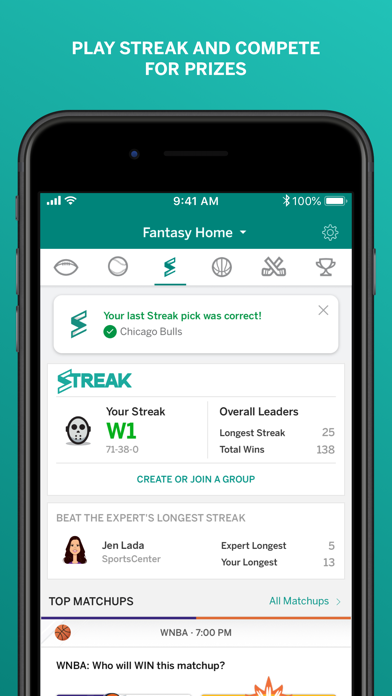 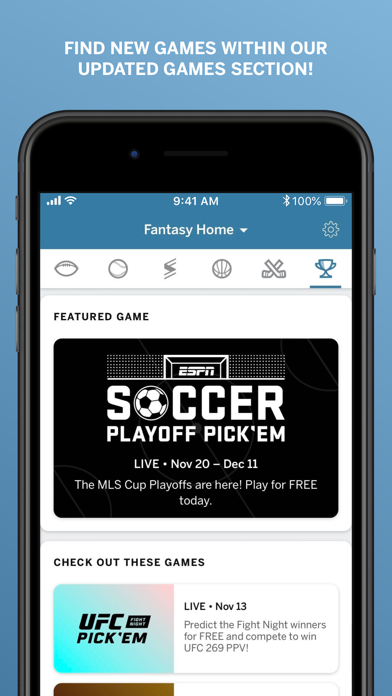 Features include:
-- Alerts! Get notified of trades, injuries, and scoring updates.
-- Sign in or register right from the app or use Facebook to login!
-- Draft: live auction and snake drafts, including access to our Mock and Live Draft Lobbies.
-- Team and Roster Management: Start/bench players, add, drop, and claim players off waivers, propose, accept or reject trades.
-- FantasyCast Live Scoring
-- Fantasy News and Videos from ESPN fantasy analysts.
-- Talk trash to your weekly opponent, or if you’re feeling brave to your entire league.
Download now because there's no better time to check on your fantasy teams than anytime you please.

Super glitchy, do not use if involving money
i fell for it lol

Half the time you pick someone up on waivers, it will say it went through but they don’t show up on your roster. The player your dropped for them will be on your roster but show up as “available to claim” while still on your line up. This is not due to waiver processing time, just bugs and glitches. Frequently when you set your line up players will go back to the bench even tho you started them. Garbage app.

I was moving my players around on my roster to have my active players starting. I wanted to rack up a lot of points. I switched them first at 3:55 PM and kept trying. It said changes not saved over and over. It ended up trying save and eventually the clock turned to 4:00 PM meaning the games had started and I couldn’t move my roster. It was very disappointing to do very bad in one day because of the app not saving my changes. Overall it is a great and fun app but this did not excite me.

Fantasy has spiked my screen time because I’m always checking my game. I’m mostly interested in football but since that’s over I got interest in fantasy basketball and I’m so for 2-0 and lead my current matchup. These are the scores for ESPN Fantasy against other apps: Football; 52-6, basketball; 197-26, baseball; 16-2

Thank you for having a league where i dont have to bet money but can still do fantasy.