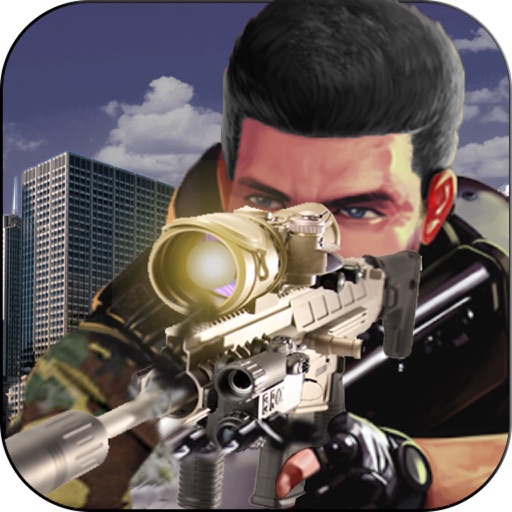 Modern Commando Shooting Game Pro is a latest and advanced modern assassin commando 3D game which is designed to enhance the shooting experience of the players. In this sniper attacker war game play, you have to be given a mission objective to eliminate the target with the help of different realistic weapons and you will become master sniper killer of this combat shooting war. Get ready to initiate your professional skills in head shot assassin of your opponents and real climate of this sniper murder fight will develop your attention to play this death attack war. Probably you have played many city target shooter games but this is quite unique mode of real sniper combat which will provide you full action environment of combat target shot.

There are many easy and difficult stages of this sniper commando attack game which will train you for further upcoming levels. You have to focus on the nominated person to eliminate him perfectly with the help of head shooter gun. Different camera angles and zooming mode will help you to align your shot on the target and gradually you will train in this combat army shooter game. Furthermore, background sound of ammunitions and shooting voice will rise up your attention towards the sniper killer fight. You have to be given time limit in the final levels and you have to be prominent shooter of combat assassin shooter effort.
Enjoy the nonstop thrill in this action packed gunner shoot master game and compete with the others to build up creative abilities within yourself. Be a modern assassin warrior of the death sniper killer 3D game play and best of luck for the players!
FEATURES:
Realistic combat environment
Different animations of weapons
Compatible for user interface
Smooth control and stunning background sound
Actual assassin climate and target shooting practice