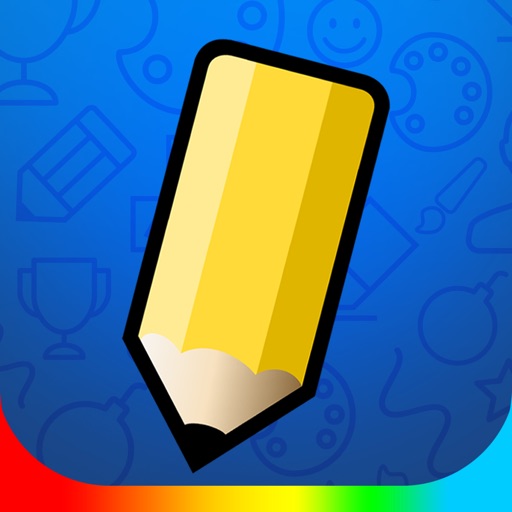 Play Draw Something, the most popular social drawing and guessing game in the App Store with over 7 billion drawings created! Experience for yourself the laugh-out-loud game your friends are raving about and FREE from third-party Ads! 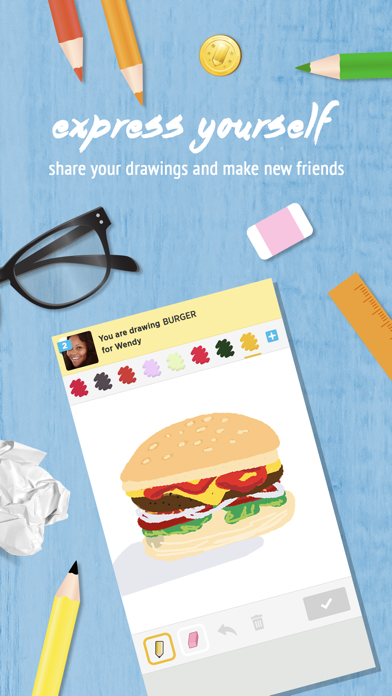 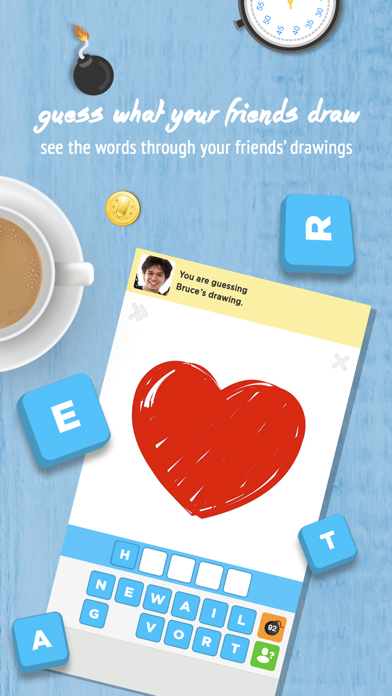 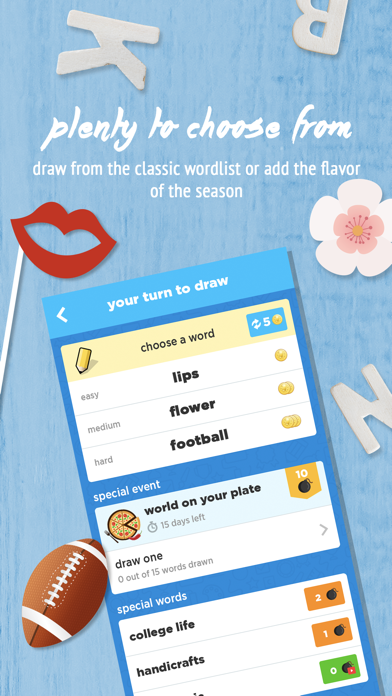 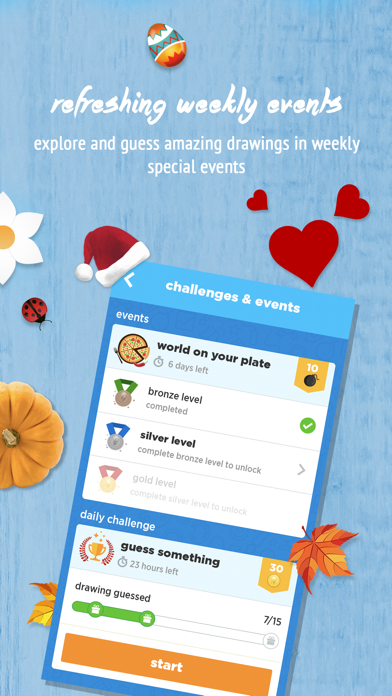 FEATURES:
-Play with Your Friends on iPhone, iPad and iPod Touch!
Challenge friends on Facebook or Twitter, or be automatically partnered with new gaming buddies.
-No Drawing Skills Required!
Stick figures and a sense of humor are welcome! Just wiggle you finger to create a doodle masterpiece!
-Color Craze - Over 50 Vibrant Colors!
Turn simple doodles into rich masterpieces with color packs.
-Turn-based Gameplay
Perfect for gamers-on-the-go! Take turns drawing and guessing at your own pace.
- Guess Something
Take the weekly challenge & guess drawings of players from around the world. Complete challenges and earn bombs.
- Leaderboard
Compete with your friends & check whose guessing skills are better.
-Bombs
Stumped by a difficult word? Use bombs to make it easier to guess.
-Push Notifications
Be alerted when it’s your turn to draw or guess.

Become a fan! Get exclusive rewards and stay up to date on our latest news.
Like us on Facebook: http://www.facebook.com/playdrawsomething

Use of this application is governed by the Zynga Terms of Service. Collection and use of personal data are subject to Zynga's Privacy Policy. Both policies are available in the Application License Agreement below as well as at www.zynga.com. Social Networking Service terms may also apply.

So their website says the paid version doesn’t have ads, but it still does. I’m really bummed they falsely advertise this. The ads just seem a little shorter than the free version =( ☹️

I have been playing Zynga Games for over a decade but right not I’m a bit frustrated with this specific game. I contacted Zynga to get help with logging in to my account which has all the color packs unlocked because it wants me to log in through Facebook, which I do not have. Zynga response was to just make a new account. That is not a solution because I would not have all the color packs unlocked, and would essentially have to either repurchase them with actual money or earn enough in game to get them back.

Do You Want To Watch An Ad To Get Bomb?!
randomstalker

I purchased this game with cold hard credit. Almost every single time I finish a round, the game produces an un-skippable, unable to be turned off pop-up box asking you to watch an ad. I’ll never watch an ad again in my life unless on accident, and this is why I bought the game. Attempting to refund now because the application is not as described.

Still have ALL my colors!
Snuggledog60

I haven’t been on here in agaves to play, but was so Happy to see I Still had I the Colors I worked had to get 😉😌

Ads in pay version for event. That’s ridiculous. I paid for no ads and I get an ad between EVERY SINGLE EVENT DRAWING. Total scam.

I want to love this but I get the same words over and over. We need a better variety of words.

Terrible Terrible not wrong about it. It’s terrible
easy.,...

Total waste of my money now that it’s unplayable because of an update that removed the categories of words to chose from. Contacted them for a refund and got no response. Just want a refund not a problem. It’s a gift to you from me than. Hope you think twice before purchasing this app dear kind. So sorry for my review.

They charge to play, they charge for colors, AND you STILL get ads? I’m sorry but that that is absolutely unacceptable. Play the free version.