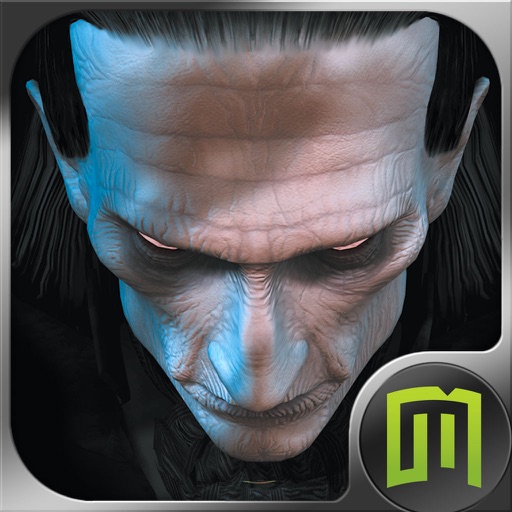 The hunt for Dracula continues in this blood-curdling adventure 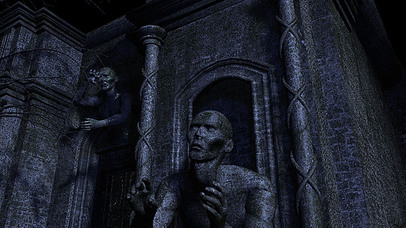 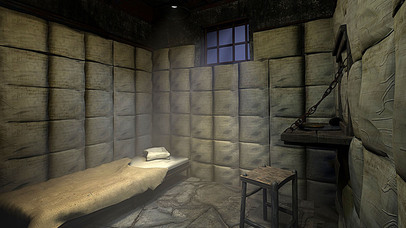 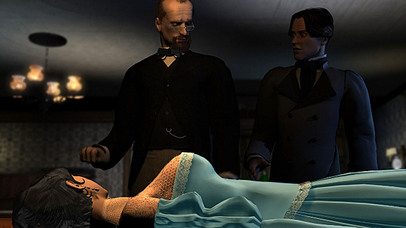 THE ADVENTURE
Jonathan Harker returns in triumph from Transylvania after he saves Mina. But he can't rest for long--Dracula has followed him up to London.
He's now determined to hunt down the Count wherever he goes, so he can finish him off once and for all.
He won't be as alone in this quest this time . . . but he will have to deal with even more difficult traps and enemies.
His quest begins in Dracula's last known hideout: The deserted country house of Carfax . . .

THE GAME
A Point&Click adventure using 360° vision technology in every scene.
The game is not a copycat portage of the PC version but an adaptation for touch screens and mobile platforms.

THE HIGHLIGHTS
• All voices and texts in English!
• Realistic characters in detailed decors
• Numerous enigmas to solve
• Bewitching cinematics creating an eerie and chilling atmosphere
• An adventure faithful to Bram Stoker's world
• An excellent soundtrack that enhances the menacing ambiance


DON'T FORGET TO CHECK OUT OUR OTHER FANTASTIC ADVENTURE GAMES!

On Mac, iPad, iPhone:
Amerzone The Explorer's Legacy
Atlantis 2: Beyond Atlantis
Atlantis 3: The New World
Atlantis 4: Evolution
Atlantis 5: The Secrets of Atlantis - The Sacred Legacy
Aztec The Curse in the Heart of the City of Gold
Dracula 1: Resurrection
Dracula 2: The Last Sanctuary
Dracula 3: The Path of the Dragon
Dracula 4: The Shadow Of The Dragon
Egypt 2: The Heliopolis Prophecy
Egypt 3: The Prophecy
Jules Verne's Journey to the center of the moon
Jules Verne's Mystery of the Nautilus
Jules Verne's Return to Mysterious Island
Jules Verne's Return to Mysterious Island 2
Louvre The Messenger
Necronomicon: The Dawning of Darkness
Nostradamus The Last Prophecy
Road to India Between Hell and Nirvana
Versailles 2

I was very excited to play this game as I have played every Dracula game prior. This game was fun for the first 5 min but keeps stalling, crashing and freezing. I reinstalled twice with same results. Big bummer at a big price. NEED UPDATE TO FIX BUG!!!!

This game could have been fun and entertaining except that after I finally got past all the freezing and crashing I only ended up at a part with no possible way to get past the designers of this remake have ruined this game and need to fix it especially for the 4 bucks I had to pay for it. Do not buy this game it's not even worth getting for free let alone 4 bucks...

Game is fun for 10 minutes until it begins crashing over & over to the point where, even if you re-install it, you can't continue. For $4, that's baloney. I tried contacting the developers and unlike every other 1 I've contacted for every other game-no response. I've emailed them again this morning. I'll amend my review once I can actually play the game.

It s the worst
Jacoob221

I bought it but it doesn't download ,and now I lost 4 $ for nothing.

10 minutes of play and game over??? Killed by a giant bat?? What happened ? Any answers out there????

It would be a great game except it keeps freezing up or crashing. I'm pretty sure it will rock when the bugs are fixed.

To full of bugs to be worth the money
Ssamao

I had purchased the previous dracula games for my phone, and enjoyed them, but found it hard to see the screen well enough. So I thought I would get this game on my iPad. There are so many bugs! At this point, I'm stuck at the film studio. I know I have to put on the goggles and shoot the vampire, but no amount of tapping, poking. Or changing the angle of my screen works. I can't proceed. The game repeatedly crashes, and the controls have a delay. Def not worth $4.00

Am at the end and cannot get the molds into the forge on center platform in dragons room??!! Have reinstalled , restarted and everything else all to no avail!!! Also there is not room in the inventory for everything- not on the iPhone anyway! Stuck at the END if the game... Game has crashed a few times and runs slow in general!! If anyone knows what to do with the molds and handles (they will not both fit in the center cylinder/bubble head thingy) please let me know!! Gets a 5 out of 10 from me!!

Game would be great if I could find th oil lamp by the tree. I looked and looked and the oil lamp is not by the tree like it's supposed to be. Where the hell is it.

I cannot find the objects and I cannot create items that I need. I should have paid attention to the reviews, but I thought that these issues would be fixed.