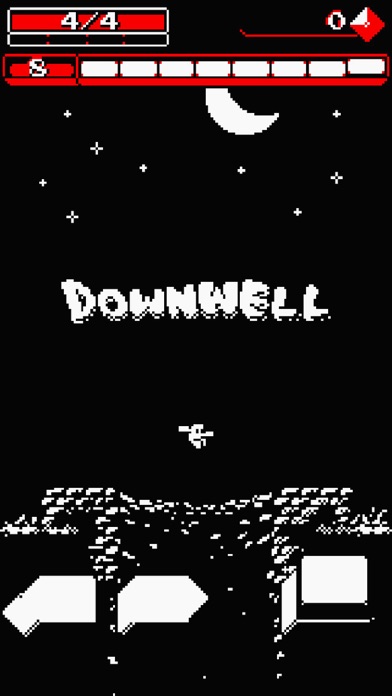 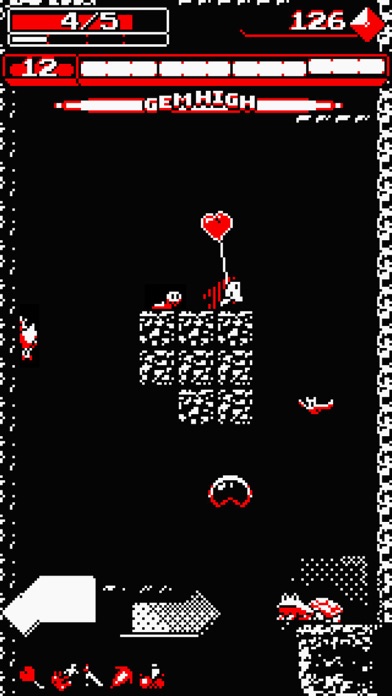 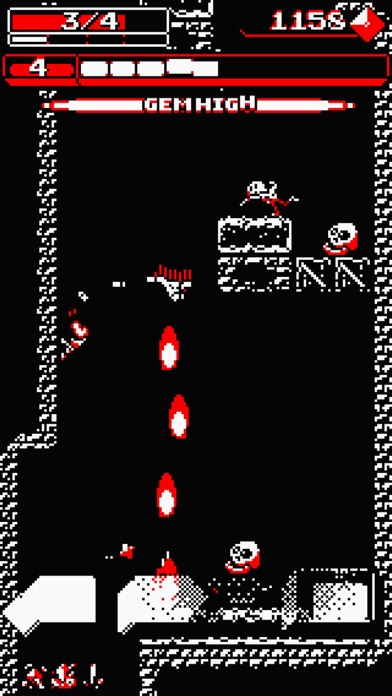 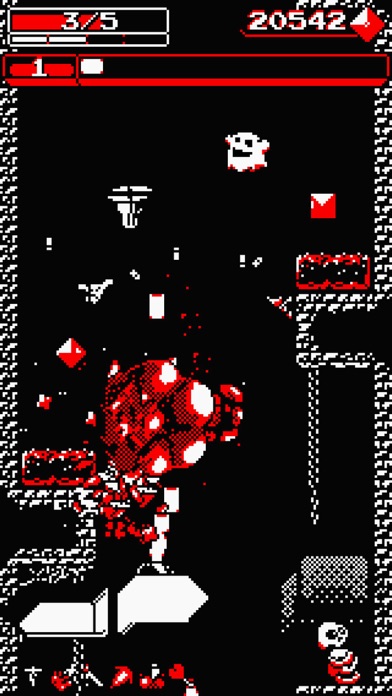 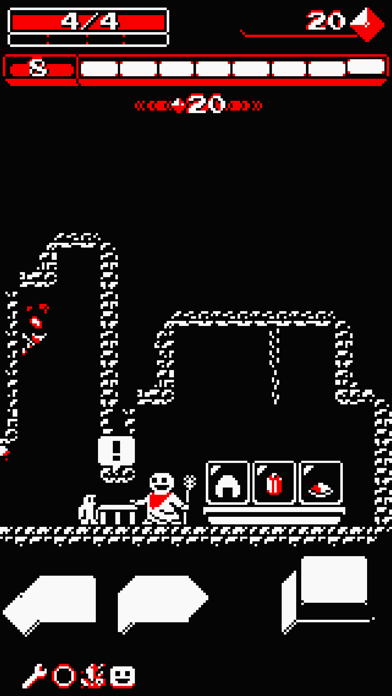 Downwell is a curious game about a young boy venturing down a well in search of untold treasures with only his Gunboots to protect him. Make your way further and further down into the darkness filled with nasty creatures and mysterious secrets to collect the spectacular red gems scattered about the rocks. Step into precariously placed shops and buy some helpful items or level up between levels to battle well-dwelling monsters and uncover hidden caves filled with riches and relics. No two trips down the well are ever the same!

Simple, Responsive Controls - Designed for mobile from the ground up, Downwell is presented with intuitive and elegant controls that allow for action-packed gameplay using just three buttons.

The Amazing Gunboots - The fashionable and lethal Gunboots allow players to unleash a torrent of firepower on the nasty creatures dwelling in the well and slow your decent with each shot.

Unique Weapons & Items - Get different weapons, shop for peculiar items and obtain powerful upgrades that all stack and affect the way you play!

A New Adventure Every Time - Each level in Downwell is procedurally generated, so no two trips down the well are ever the same providing a fresh new adventure each time!

- In all honesty, this game is very fun and hardly gets boring. + When it does I feel like it could have used maybe other modes such as side scroller type levels or something like that. (It’s just my opinion but this game is still great.) =One issue though is that the music does stop working even if the music in options is on. That’s the only problem with this game.

I love the game but honestly I would sink way more time into it if I could only turn off the sound effects so I can listen to music while I play it!

To one of the best games ever made. Would love to use my Xbox remote with iOS Downwell ✌?

This game is amazing its worth the $3 definitely

And they’re both useless and unreliable. Maybe playable with a controller, garbage without. Probably worth getting on a real games console instead.

One of the best
reedzkee

There are only 2 games I’ve ever played more than a month or two on iOS and this is one of them. Simple, challenging, addictive, and most importantly, elegant gameplay. I never get frustrated with the controls, rare for a mobile game. I like how easy it is to get back in to another game after you die, similar to hotline miami. No ads, nothing to buy to make the game less frustrating, just a simple, fun game you can enjoy for years.

This game is almost perfect, except that I can’t play music or listen to podcasts while playing. If there was a mute option I’d be in heaven.

I’m loving this game. It’s an innovative game and Nintendo like in its multiuse moves and items that do two things. However even when I have BGM turned on, I don’t get any background music. I have my volume turned up and have tried reinstalling the game but to no luck. Anyone have any suggestions?