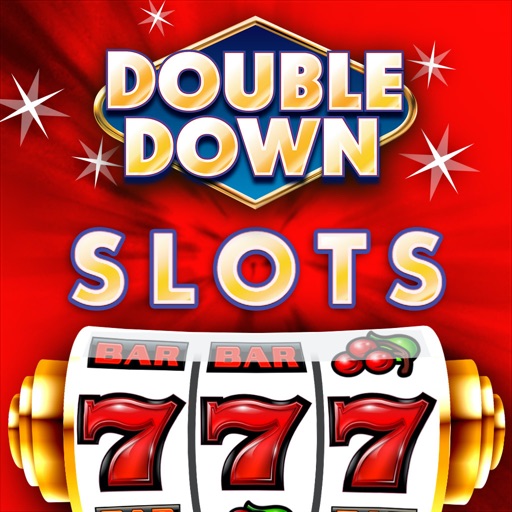 Apps by Double Down Interactive LLC

Experience the BIG WIN of Las Vegas in the world’s largest FREE to play casino. 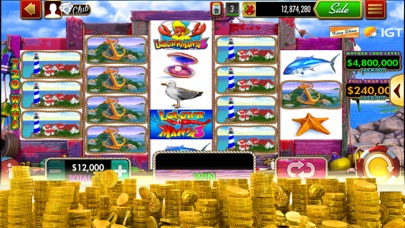 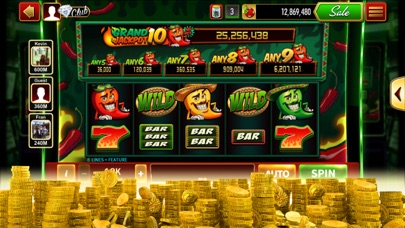 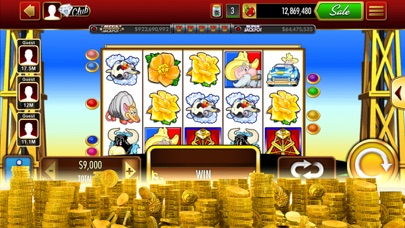 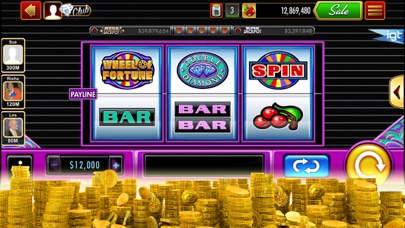 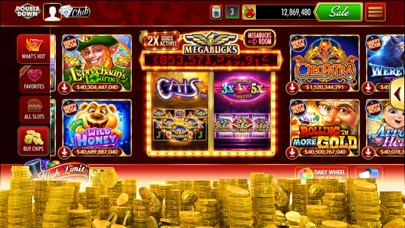 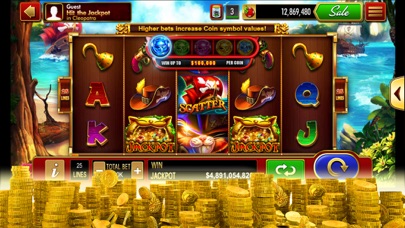 Get 1 MILLION free chips to start, plus daily bonuses up to 2 MILLION!

Enjoy the thrill of winning in over 80 authentic slot games including Wheel of Fortune®, Double Diamond™, Golden Goddess™, DaVinci Diamonds™ and MORE!

All your favorite games directly from the casino floor.

Double down and get lucky today!

Product Features:
• The only place to play authentic Vegas games
• 1 Million FREE Chips, Plus Daily Bonuses Up to 2M
• Play with friends to get free chip gifts, and earn extra bonuses
• Login with Facebook, or play as a Guest

Continue the thrill of winning across all your devices!

DoubleDown Casino is intended for players 21 yrs+ and does not offer “real money gambling” or an opportunity to win real money or prizes based on the outcome of play.

Daily bonus resets to Day 1 even if you visit daily.....

The games do NOT pay and there are no bonuses. It’s like they want you to lose all your money so you have to make a purchase.

The more you bet the less you get!

Love the games but a number of the promos for 25 or 30 Free Spins don’t pay much if anything. One game I received NOTHING in 30 spins, other 2 were $8 and $9 thousand in 25 spins. I won’t waste my money on those games as they don’t pay anything. I would rather receive the free 250,000 chips.

I really enjoy this site. It is my favorite and I always win sometimes not as other times hugh!

I won 3 X reward and 4 X rewards from the bingo game but both disappeared before I was able to use them. Not happy with the app! Low payout and bonuses. I have been with the app for years and fill they perks are not worth the money I spend.!!!

Look, it’s a game but the coins are expensive and the payouts aren’t the best. The most frustrating is getting free spin offers in my email, but every time I try to play them, the game says I’m signed in elsewhere, but I’m not. I make sure I’m logged out before trying to play them and still get the same message.

I have had this game for awhile on my tablet. I did love the game but......When Kevin Spacey did his thing he was removed from House of Cards. I saw him on the slots but felt no biggie as the show did what it needed to do. It has been awhile now since it was found out what Ellen was doing to her staff and all her hatred whereas she preaches kindness. I still notice these slots here on the site. It is your right to have whatever slots you want here as it is my right to no longer play a game that either promotes hatred (keeping these slots) or no condemns it. She will not change. She did not half-heartedly apologize because she felt bad. She only did it because it came to the surface and she is trying damage control. I guess I will keep the app until the beginning of next year to see if the hater is removed or I remove the app. Shame on you double down if you promote slots from a hater.........Follow up now, I do not love the game (was supposed to say I did love the game) I have uninstalled the game because you promote games from haters and biased people. Will never reinstall this game and you have been dropped to one star.