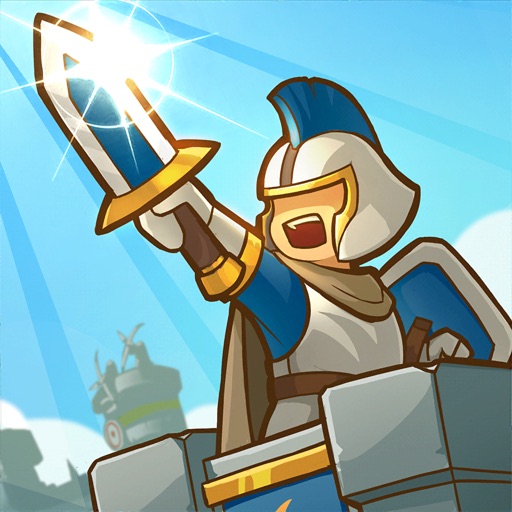 Are you a fan of epic RPG and Real-time strategy games and finding a new game to show off your defense skill? If so, Warring Kingdoms TD is the game that you are always finding. Warring KingdomsTD is a offline 2D cartoon tower defense game, which combines with role playing game features to bring to you interesting challenges. 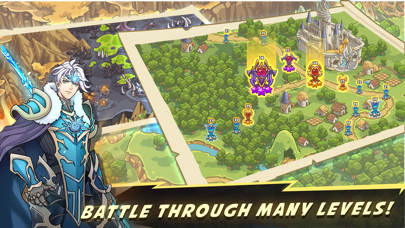 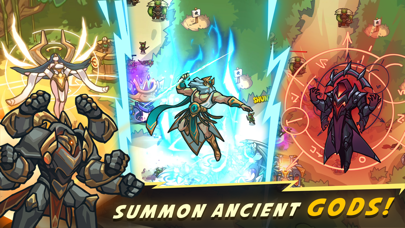 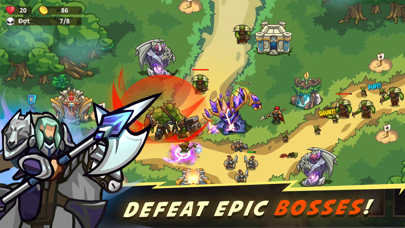 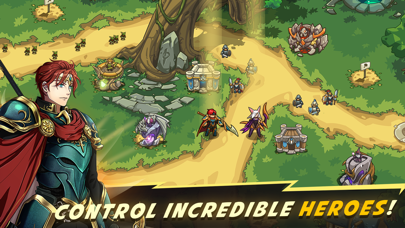 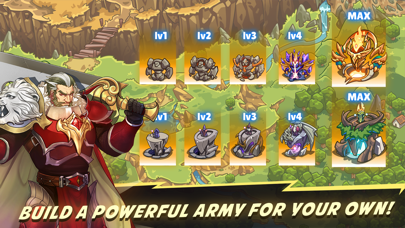 The game is set in a fantasy continent, which is named Fortias. There are many races living together in this continent, including humans, elves, dwarves, orc, troll, goblin, etc. After the Great battle between the alliance of humans and elves, and the Dark Lord hundreds of years ago, the continent's creatures are enjoying a peaceful life. The Dark Lord is destroyed under the sword of the human's King, and his army is eliminated. However, evil never really disappears. They are very patient and waiting for the day that darkness will cover this continent, once again.
One day, the Eradel kingdom is suddenly attacked by the Goblin army, which used to be far away from man's land. Facing the unforeseen incursion,the king ordered Prince Lucius and his companion to leave the castle of Eradel and seek help from other allied races. On his journey, he will have to overcome countless challenges as well as different enemies and need talented tacticians to help. Let’s build powerful towers, train royal soldiers of Eradel, control mighty heroes and destroy the enemies!
GAME FEATURES
Enter the epic world of Warring KingdomsTD, enjoy many challenges in different fantasy environments: the plain of humans, dense forests of elves, the mountain kingdom of dwarves, the dead swamp, the underworld realm, grand canyon and more!
Show off your talent! Perform your best tactic in each mission with 8 new specialized towers: Barrack tower trains brave warriors of Endia to help you defense the path and destroy the enemies; archer tower deals physical damage and bring useful buffs to nearby towers; magic tower have high magic damage and ability to debuff the enemies; and last but not least, golem tower, the mighty weapon of Eradel Kingdom, which can slam the ground and deal massive AoE damage.
Various modes of gameplay: beside the campaign missions, players also can enjoy the infinite challenges in endless mode. Let’s show the world who is the best tactician by ranking yourself top one in the leaderboard. The endless mode is also a very good one to farm gems.
Summon 5 epic ancient Gods to help you defend in the battle: Jupiter, Glacia, Sol, Nyx and Asura. Each God has an unique ability that can help you reverse the situation and prevent any incursion.
Control multi heroes at the same time: now you can select 3 heroes and bring them into every battle! Each hero has 1 active ability and 3 passive abilities. By growing your heroes, their strength will increase greatly.
Rune systems: in order to rush into difficult battles easily, the heroes can equip a total 6 runes, which bring them enormous power. The runes are divided into 10 types, and each type will grant your heroes different stats.
Variety of epic monsters in game: more than 30 types of enemies are waiting for you. Each monster has a unique appearance and some events have abilities that may cause a lot of trouble for every tactician to defend perfectly.
Learn about your enemies and your towers with an in-game encyclopedia and know the basic defence rules.
Join the tournament mode, where you can compete with talented tacticians around the world in epic battles each week and earn great rewards.

Heads up and rush into protecting your castle and kingdom from the evil enemies. We're waiting for you in the realms of Warring Kingdoms TD!
Warring Kingdoms TD Community
We'd love to hear your valuable feedback on our game! Join our community channel to participate in open discussions and connect with other players.
- Official Fanpage: https://www.facebook.com/warringkingdomstdofficial/
- Official Group: https://www.facebook.com/groups/324055685879944/