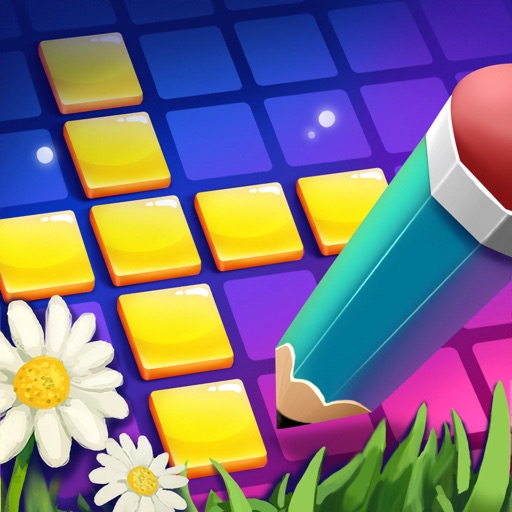 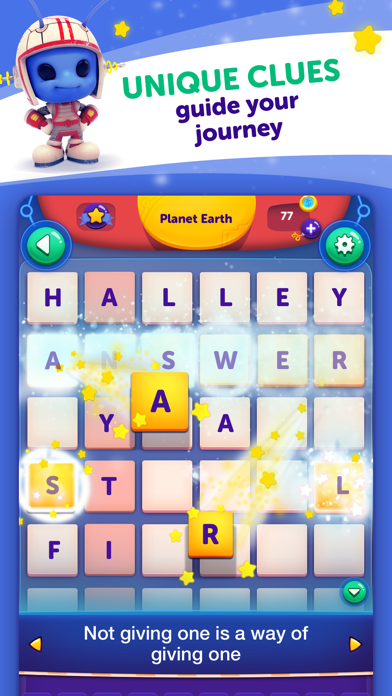 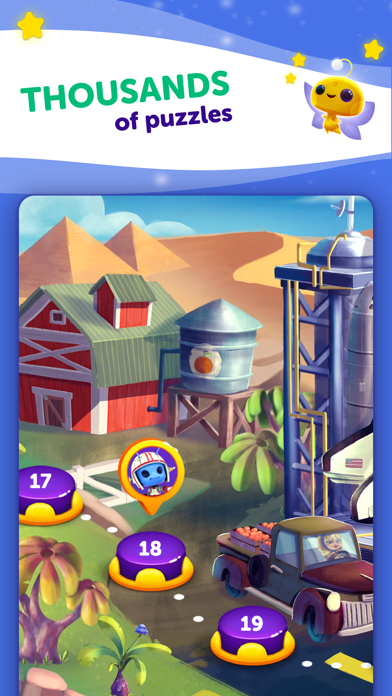 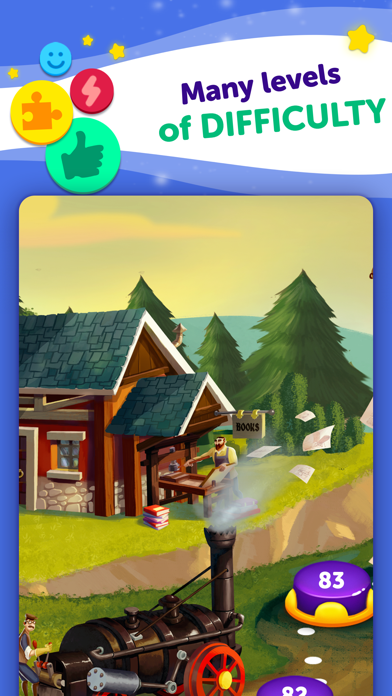 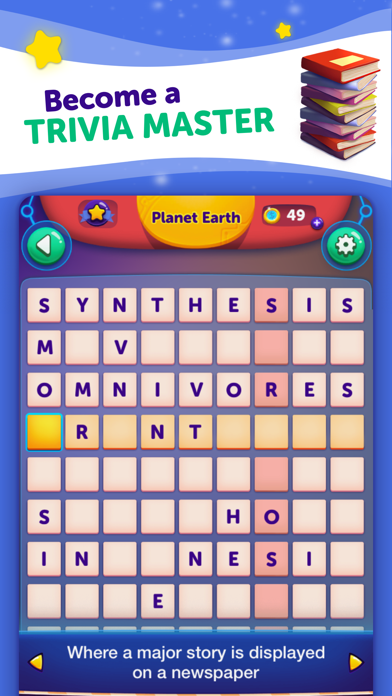 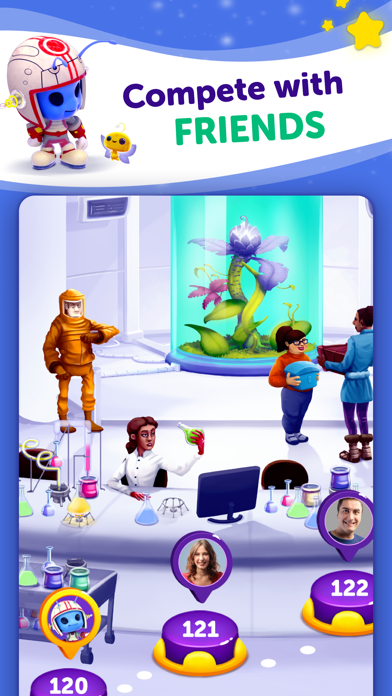 Join CodyCross, a friendly alien that has crash-landed on Earth and counts on your help to learn about our planet! Travel across space and time as you unveil our planet's history and humanity’s accomplishments through themed puzzles.

Explore beautiful sceneries, use your knowledge and skills in a one-of-a-kind word game, where every correct answer takes you closer to completing the puzzle and revealing the secret word!

Highlights:
- Explore beautifully designed worlds with hundreds of levels to play
- Each world brings new themes and genres that will challenge the wisest of puzzle lovers
- Innovative gameplay that brings a new twist to crossword puzzles
- If you get stuck on a question, use the power-up to reveal a letter
- Sync your progress across all devices by connecting to Facebook
- Play levels offline if you don’t have internet connection (with limited features)

About subscriptions:
- You can subscribe to play unlimited puzzles in different levels of difficulties (easy, medium, hard and kids)
- The subscriptions are from $3.99 weekly, $9.99 monthly and $64.99/annually*
- All prices are subject to change without notification. We occasionally run promotional prices as incentives or limited time opportunities for qualifying purchases made during the promotional time period. Due to the time sensitive and promotional nature of these events, we are unable to offer price protection or retroactive discounts or refunds for previous purchases in the event of a price reduction or promotional offering
- You'll be able to play unlimited puzzles for the duration of your subscription
- Payment will be charged to iTunes Account at confirmation of purchase
- Subscriptions automatically renew unless auto-renew is turned off at least 24-hours before the end of the current period
- Account will be charged for renewal within 24-hours prior to the end of the current period
- Subscriptions may be managed by the user and auto-renewal may be turned off by going to the user's Account Settings after purchase
- No cancellation of the current subscription is allowed during active subscription period
- You can read our privacy policy at http://www.codycross-game.com/privacy_policy.html
- You can read our terms of use at http://www.codycross-game.com/terms.html
– Any unused portion of a free trial period will be forfeited when the user purchases a CodyCross subscription

*Prices may vary according to your iTunes account country

I like game But it has a very aggravating flaw - I have typed the correct answer - checked my spelling but game says answer is wrong BUT later after I answer other questions , I answer the question the exact same way & low & behold NOW the game accepts answer

I’ve been playing Cody Cross for quite awhile. I don’t like reviewing as soon as I play. I want to see how the game goes first. Now I’m beginning I had one problem ( several months ago) I emailed got it solved. I made a suggestion too. Please don’t make us watch videos if we can watch the videos to earn coins. Now for the past month I have not been able to watch many videos to earn coins. Oh they are there but when I click onto them it does nothing. I’ve lost out on so many coins to earn. 3 times I could’ve earned 6 coins per video. Just now it was 3. It’s happened many many times. Very frustrating. So I tried to email support to let them know. It says I need to down load app for mail. Ummm I have goggle and yahoo apps for emails. I’ve used them before to email support. So what is going on. I’m getting very frustrated

Love the game, but watching a video after every puzzle gets annoying so I stop playing. I’ve downloaded and selected multiple times because of that. An option to buy ad free would be nice, if not expensive. Plus, the ad for Fishdom, which I have, is false. I have never seen a game like the ad on Fishdom. So it’s also false advertisement as well as super annoying.

That was the word, wow
Ladysilver959

Game requires me to think outside the box for answers and my spelling has improved tremendously. Senior improving my brain skills.

Your screenshots advertising this game has the word “difficulty” spelled wrong. Just a friendly observation!!

I love, love this game and I am learning new things as I play.

Very addicting and informative word game, love love love it so much. Thank you whoever made this.

The game is fun to play but the commercials are ridiculously long. And there are way too many of them. And there’s no option to buy the app to exclude the commercials. So you have to wait until they’re finished before you can move on. It’s starting to get on my nerves.

I enjoy this game. I’m new to crosswords and I love it.