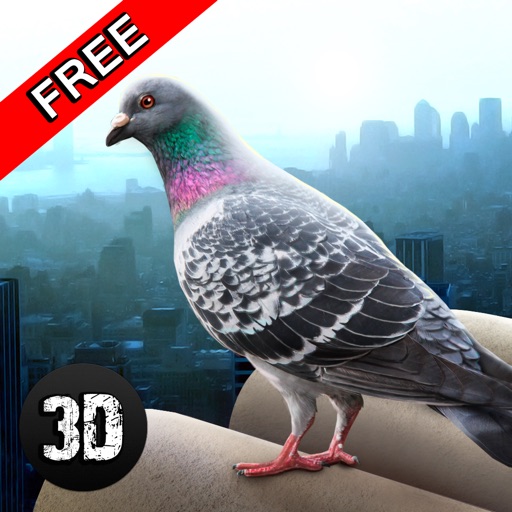 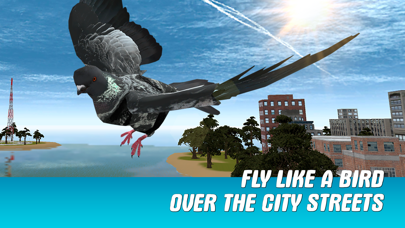 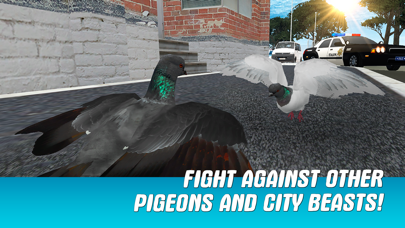 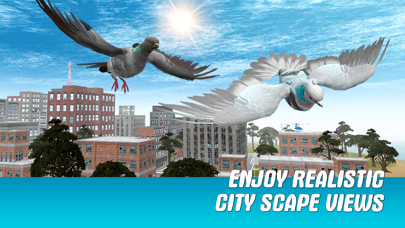 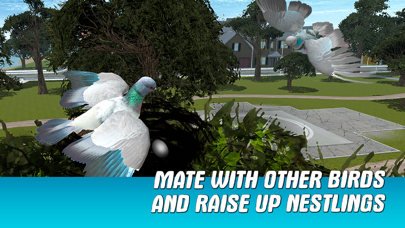 Fly in the sky and live the life of a Pigeon! Search for food to survive and explore city blocks as a bird! Meet other pigeons to join your flock, fight against city predators – we mean cats and communicate with other animals! Maintain health, hunger and energy rate to set up a flock of pigeons with this bird survival simulator in 3D!
Explore the sky above the city streets and blocks, avoid being a prey and survive at all costs with City Pigeon Simulator 3D! Fight against other pigeons or recruit them to your flock! Enjoy being a city bird!

Do you love animal simulators? Try this pigeon simulator, spread your wings and fly in the sky! Check City Pigeon Simulator 3D and live the life of a city pigeon!

SUCH A LET DOWN
ShadowFoxKit

This is the worst let down game I have ever played and even before i play it every review has less than four stars and I played the game and i just hate it and you,the developer have done NOTHING to help this “minor bug fixes?” There are no minor bugs everything is terrible. NOTES TO DEVELOPER FIX THE GAME. If you don’t fix this nobody will ever play this and it will never succeed. I for one LOVE pigeons and I am extremely disappointed in this game

May cause heart attack from the dog that randomly comes out of nowhere and try’s to kill you!!!!!!!

Would be much better if they let you poop on stuff. The 30 second ads that pop up ever minute made me want to stop playing and delete. Not much to do as far as missions. Just find food and eat. But no poop. Doesn’t make sense. Birds aren’t real.

There isn’t much to complain about, because there isn’t much here. The description of the game is nearly a complete lie. The graphics are terrible. If you run into the road while trying to land, it will sometimes just kill you. You can’t land on anything other than the ground and rooftops. You don’t have to find food, it’s clearly marked on your map. You spend about 45% of your time watching ads, which by the way, the game does not pause while the add is running. You will get plenty of pre mature deaths because of the ads. You can’t interact with anything in the game. The game is chalked full of bugs and glitches. I see that a lot of my complaints can be found in reviews from two years ago, the last update looks to be from about two years ago as well. It looks like the creator put together some crap and only updates the adds and has abandoned the rest. The only interesting part of this game was using curbs and fences to clip yourself under the map, so you can see how it was put together.

Game and controls are trash
Ryan760

The ads for the game look cool. Once you download you realize the game is trash and the developers put very little time into the controls and user experience.

Everything is terrible!
I can't op en it

First off, the walking animation is just... BAD, who thought it would be a good idea for the pigeon to go faster then the camera, then TELEPORT back?! And Don’t even get me STARTED about that atrocious thing the creators call a DOG. The stupid thing looks so bad! Plus, what pigeon just hovers in the air when it’s TIRED?! This game is trash. No no, this game is lower then trash. THIS IS SEWAGE! Whoever wasted their time to make this needs to get a new hobby, because if they think this game was ready to even be REVIEWED they obviously don’t know how to make a game. One star, for wasting my time.

This game has low quality and you can not fly straight