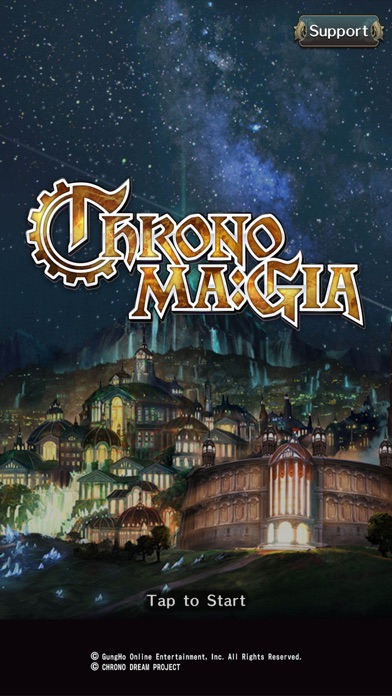 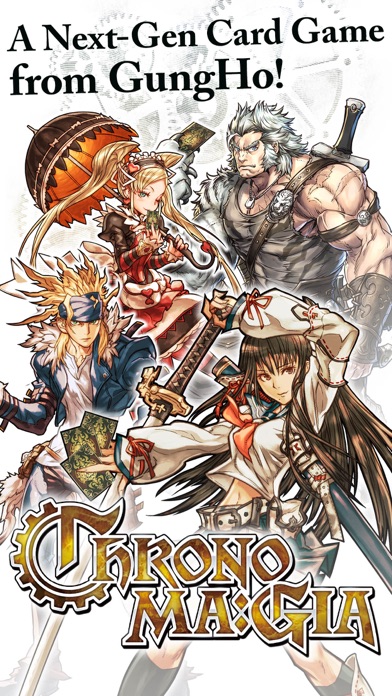 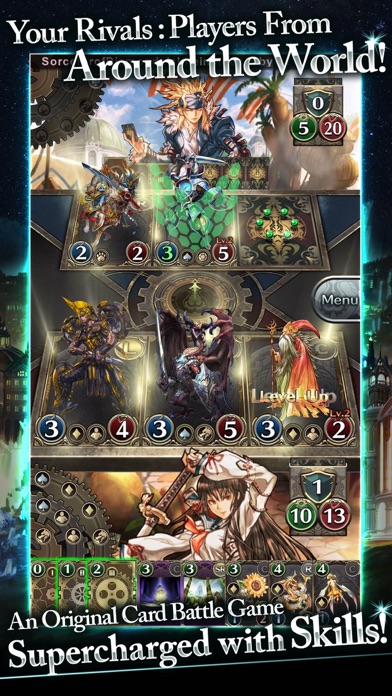 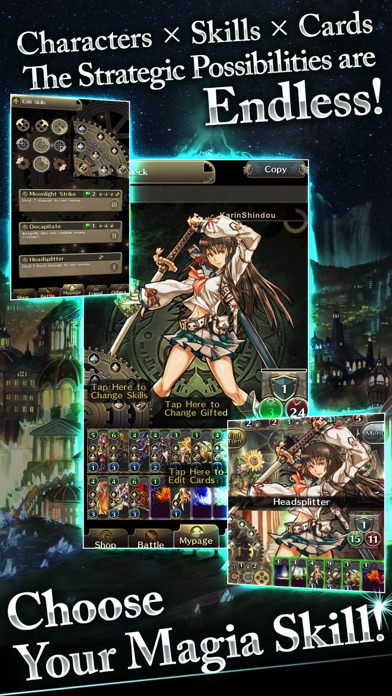 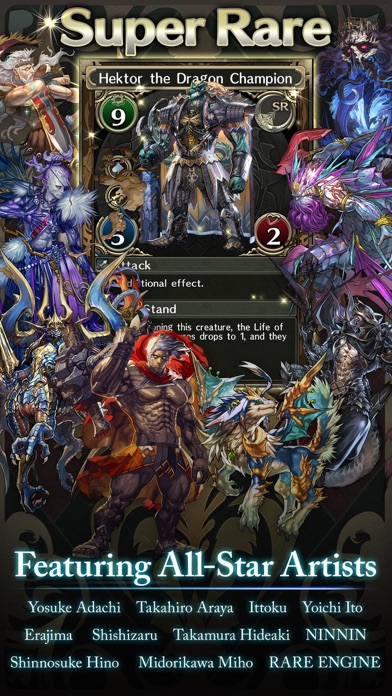 Character/Skill/Card variety delivers unparalleled strategy!
Battle your way to the top of the world ranking YOUR way!

**Game Features**
-CHRONO MA:GIA: an authentic competitive card game that balances approachability with deep strategy!
-Diverse characters, a wide selection of skills, and freedom in card selection ensure endless strategic possibilities!
-Don’t let your guard down! Sudden reversals of fortune lead to intense card battles!
-Compete against players from around the world in online matches!
-Vertical interface specially designed for ease of use on smartphones!

The planned release date above is tentative and subject to change without warning.
See the CHRONO MA:GIA homepage for the latest news.

I like this turn base card game. The graphics is cool, the solo mode gets hard and the vs play where you battle other players is fun! The game lags when you connect for a vs match. The balance in the game for vs play is way off! Some gifteds/characters are way more powerful than others. The game would be a lot better if they fixed the balance problem. The support team doesn’t seems to respond. They need to update the game and add more content, new cards, feature etc. I think opening up card trading would be cool.

Grindy but not bad
PlumpySmile

First I never write reviews but I thought I’d put my opinion down. First of all, this game is really underdeveloped in many ways and it definitely doesn’t revolutionize anything. However. It’s definitely not bad as a newer game. My main beef with the game is the way you have to grind day and night to rank in the top tiers which is how most are capable of getting the better rewards. For that you really just need one of the “meta decks” which includes a select few meta cards as well as the time out of your week to grind around 100 TP (tournament points) every day. It’s relatively annoying but the devs are generous with giving out free card packs so it’s definitely possible to build a tier 3-1 deck depending on your luck with your first few freeish packs. After that it all goes downhill. If your first few packs didn’t offer the cards to build a deck that’s compatible in the current meta it’s harder to gain altitude in free matches and tourneys.

I CANT PLAY YOUR GAME!
Joshhii-

Every time I open your game, it just kicks me out and I just can’t play your game plz help me. I have an iPhone 6 running IOS 11.4.1 tell me how to fix this plz and I’ll give you a better review because I really want to play and experience your game

Great game. I love the art and game mechanic. One thing I noticed and warning for other players that have “match failed”issues is that if you’re using 5g WiFi on a older device like a iPhone 6 you won’t connect to server you would have to switch to 4g WiFi. Another thing I would like to see in the game is a option to color customize “skins” that you unlock and being able to upload your own “card blacks”

Maybe I'm missing something, but on solo missions I build decks for each character, then I pay the game and nothing in my deck is there. What's the point?

This game has absolutely nothing to offer and the community for it is mostly dead. The only good thing about this game is the laughable English dubbing. Gung-ho as a company is just grasping for straws as its flagship title struggles to stay alive. Don’t give them your money.

I hadn’t played the game for a very long time. I came back recently and tried their rank mode. I have barely won 9 matches in total (losing a lot as well), and they put me against players who have won 200+ matches and are literally ranked top “.01%” Either A: They have no match making algorithm in place, and they randomly pick players to fight each other. B: so few people are playing they are forced to pick people at VASTLY different levels to fight against one another.

Simple with no stamina or limited plays
JotaroSP

I recently got back into it but it had the same problem, can’t battle with other players Gung-ho please fix your server