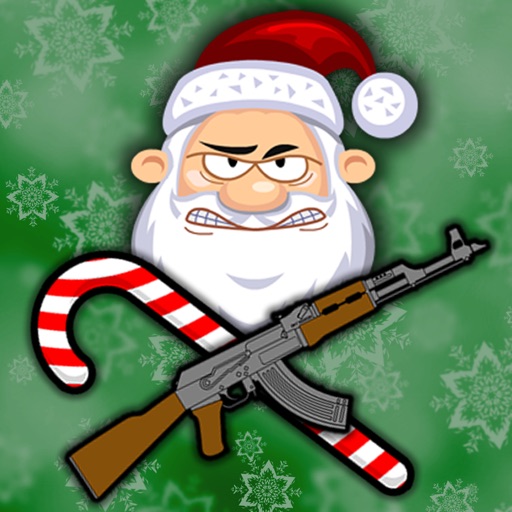 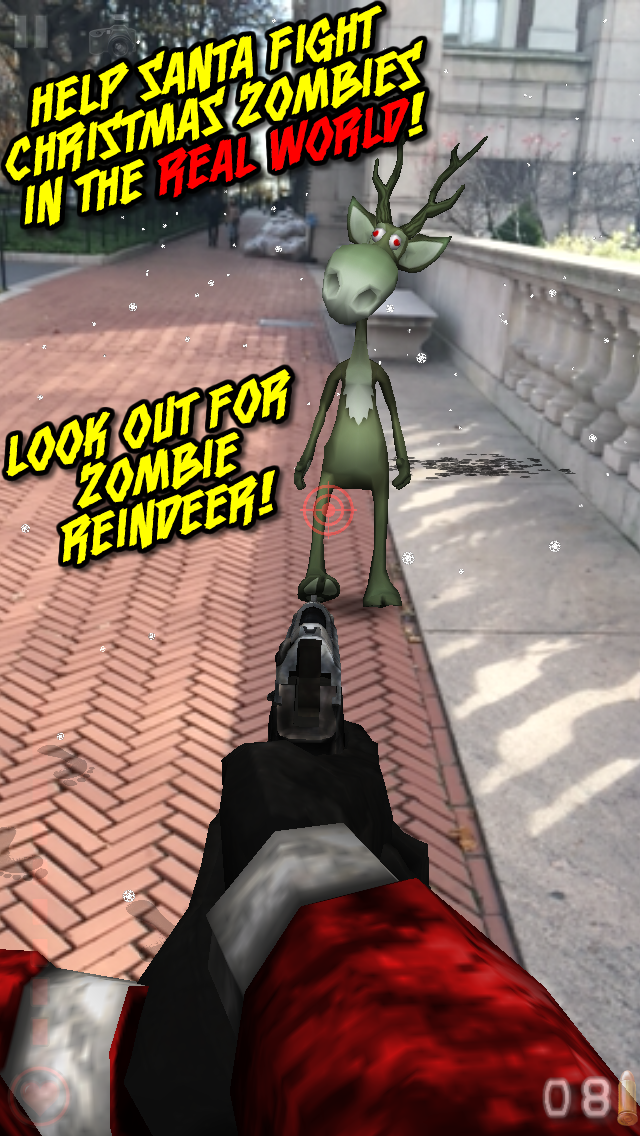 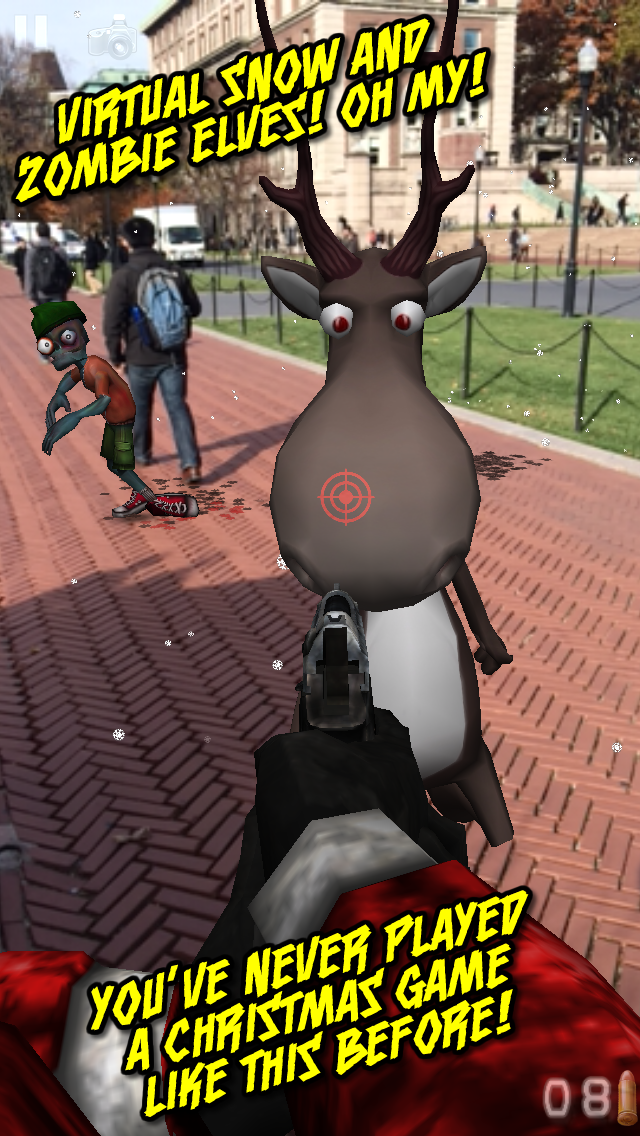 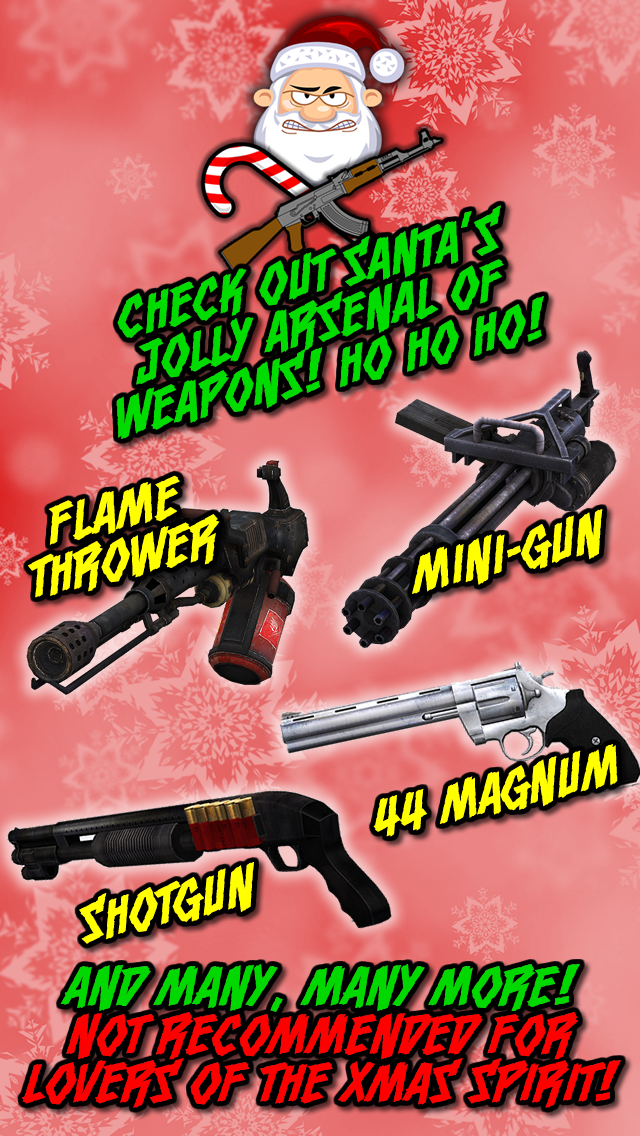 WARNING: This game is NOT very Christmassy! It is not intended for youngsters! If you love Christmas, DO NOT PLAY THIS GAME!

The zombie apocalypse has reached the North Pole, and it's time for Santa to fight back!! Help Santa battle hordes of undead elves, reindeers and more!

Christmas Zombies Everywhere! uses amazing Augmented Reality to place zombies all around you in the REAL WORLD! Look around as if you're taking a photo, and prepare to fight for your life! How long can you survive??

You have to see it to believe it! You've never seen a game like this before. Seriously.

Features:
- Totally immersive Augmented Reality puts zombies all around you in the real world. IT'S LIKE THEY'RE REALLY THERE!
- Fight zombies in the real world, OR in a virtual environment! Now you can enjoy zombie slaying even in the smallest of spaces!
- Different undead enemies! The longer you survive, the more different undead nasties will show up!
- As you kill the walking undead, you unlock new weapons! Including AK-47, Shotgun, 44 Magnum, Flame Thrower, Mini-Gun, Sniper Rifle and MORE!
- 2 Modes: Play the game and try to survive, or switch to SAFE MODE and enjoy the Augmented Reality effects without being attacked! You can still blast the lifeless walkers to Xmas Hell tho!
- Unlock weapons within the game to use in Safe Mode.
- Awesome 3D graphics.
- Your movements control the game. Simply look around you, line up your cross hairs with your target, and tap to shoot. Swipe up to reload, then keep shooting! It's totally different to anything else, and very addictive!

WARNING: When using Augmented Reality please be aware of your surroundings! Be careful of the people and things around you. It's easy to be completely immersed in the Augmented Reality Apocalypse and forget where you are!

Not very Christmassy, but it says that anyway. Great effects!

The game won't work every time I tried it

Every time I open the game it loads and then crashes

The game is really fun. I don't know why it says the game is stupid but it's fun. You should add a new map like subway. And a bazooka but only has one bullet. Also when you move, zombies still stay where your standing, although I don't mind I still wished it was fixed. Thanks for making a game I never knew a game could be created like this!

Everything is awesome
Pg3d gun guy

I haven't played it yet but it looks epic