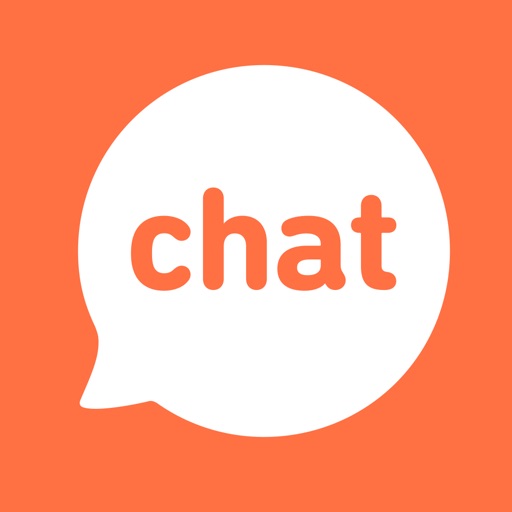 Hit Me Up! is the most powerful social instant & fun chat app that lets you chat with strangers within 5 seconds. This app will help you stay connected and discover new friends nearby or around the world. Find and connect with people who share similar interests.Hundreds of your new chat friends are online, ready to have some fun with you! All you have to do is to say hi to online new friends using Hey! button. You will get replied soon and start chatting. We value your privacy, and want you to have the safest chat experience. 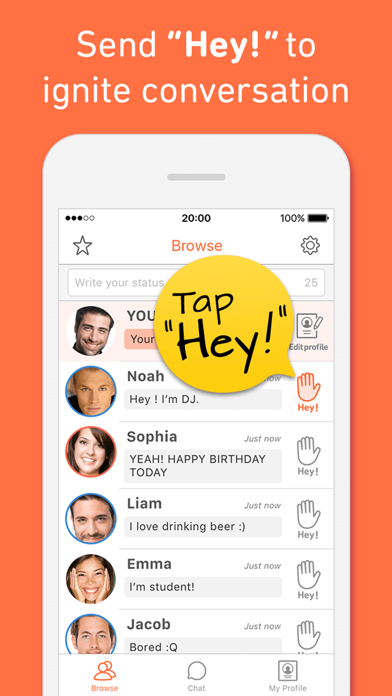 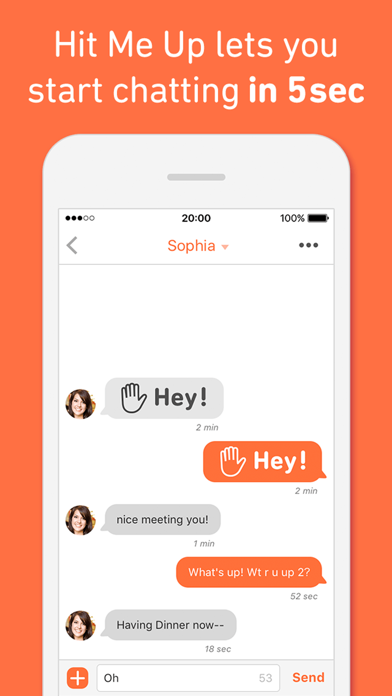 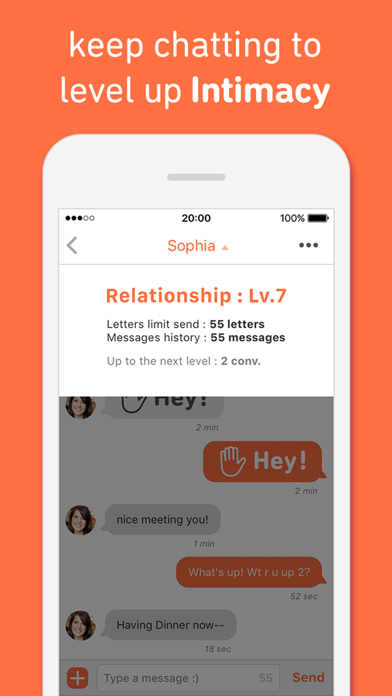 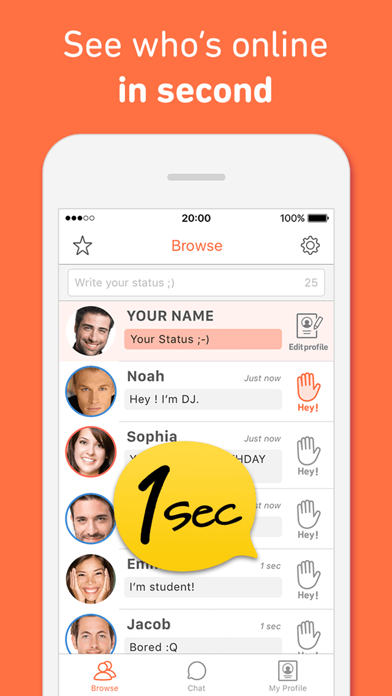 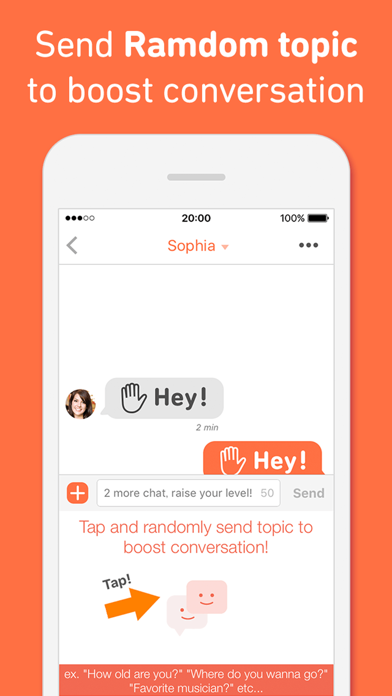 - Free download, free signup, free to use
- Sign-up is super easy, within 30 seconds.
- Create your brief sentence to introduce yourself.
- When you find intersting strangers, tap ""Hey!"" to say hi to them.
- In average you can chat with someone in 5 seconds. Real-time new chatting friends only!
- Hit Me Up is 100% live real time with no delay
- Private Message instantly with anybody (Simple chat 1 to 1)
- Connect with people from around the world
- Nothing more to chat, conversation not going smoothly? Use Random Topic Button!

- Super easy way to say hi...Tapping ""Hey"" button
- Support for interests : When you have nothing to say....Select random ""Topic"" button
- Fav function shows only your favorite users when you chat.
- Ramdom Hey choose 10 strangers and send Hey to them.
- Relationship Level shows you how much you chat with each strangers.
- Block and report unappropriate messages and users

- This app is NOT dating app. Enjoy pure conversation with new friends across the globe.
- Not comfortable chatting with new people?No Problem!! Users that repetitious send inappropriate chats to other users will be banned from our community.

**Questions, problems, or comments?**
Please reach out to us at [email protected]

So, are you looking to find new people or what? Why don't you begin to say hi and talk to strangers with the easiest way?
You can meet guys, meet girls and best of all, you get to start a random chat with anyone you want. Who knows, maybe
you can meet your new best friend on here. Once you make friends, you can socialize offline by sending them messages
for free using our offline message feature.


Tons of Hit Me Up! new friends are waiting for you.

Unfortunately this app stopped working seven days after I downloaded it. I don't know the reason but I hope it will be fixed.

Getting this app, I opened it for the purpose and hopes of connecting with people from around the world who I could communicate with in other languages as friends. Instead, I've been met with people harassing me, belittling me, bullying me, I've been sent WAY too many inappropriate pictures, and I've been called so many explicit names for absolutely no reason. I choose not to ever send a "Hey!" for this reason, but people still find the need to call me a b*tch, send me middle finger emojis, sexually harass me by forcing me to send photos and telling me about the things that they would do to me and my profile photo. I have NEVER sent a photo of myself on this app for this very reason. Please think twice before getting this app. I'm emotionally drained from all of the times I've had to block people. I've blocked more people than I have sent out "Hey!" And for the people who I have blocked, their accounts still exist, even though some of them have extremely inappropriate photos as their profile photos, or they have sexually harassed me to no end. The support for reporting people on this app is faulty. I know for a fact that the people who I have reported are doing the same things to other people, and I don't want them to be able to do this. PLEASE improve your reporting system. If you want to talk to a real person, instead of someone who asks for marriage as the first message they send, or ask to touch your boobs or eat your sh*t, this app is most certainly not the place to go to. I know that the developers worked hard at this app, and I'm sorry to have seen it go downhill so quickly. I'm definitely optimistic about being a user, should they choose to fix many faults to this app.

I don't know what happened but it just stopped working

It's work for maybe 3 hours after that it stopped working

App has been great for meeting new people, then one day I was not able to connect or send messages.

It's not working my phone