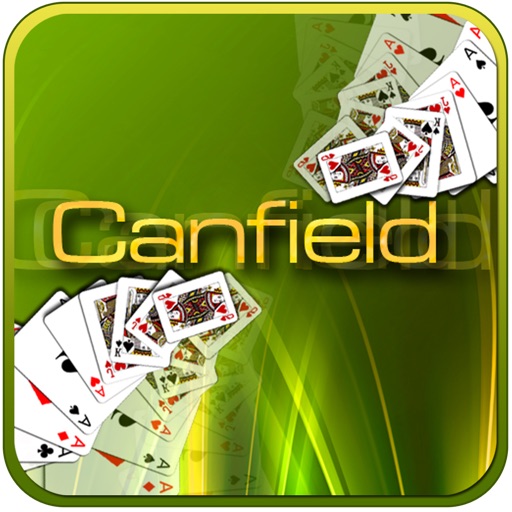 Canfield is a challenging solitaire game for iPad. The game was inspired by the gamblers who used to play this game at Richard Canfield casino. As a result, this game proved to be popular and addicting game among the gamblers and hence the name Canfield Solitaire originated.

The game play is much ease to understand with exclusive background music and pleasant graphics. This will make you stick to your device for hours.

Out of 52 cards initially player deals with 13 cards into the reserve pile at the start of the game. The value of the first card dealt into the suite is the starting value for all four suites. The player must build up the suits wrapping from King to Ace until the card showing in the suite is one less than the starting cards.

Features:
* Touch and drag features makes ease to play in your iPhone, iPod and iPad
* Form 4 columns of suit
* Multiple cards can be moved
* You can stack cards of different colors (Heart, diamond, club and Spade).
* Compete against your own high score
* visually pleasing and informative