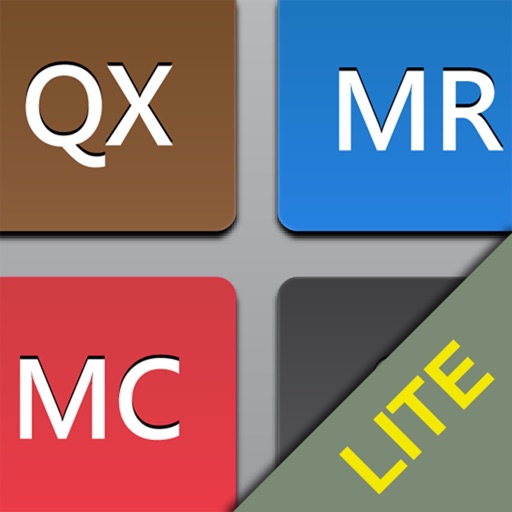 I love it, the app works grate and is cool.

Review for free (lite) version only

Have you ever been browsing in a shop, trying to assess the merchandize, while an annoying clerk keeps tapping you on the shoulder to ask if you are ready to purchase something? That's what using the lite version feels like. The distracting animated text, urging you to upgrade. The popup, appearing randomly in the middle of the calculations, asking the same. Had the developer just insisted I cough up 0.99, I'd probably have done so. But the free trial was so irritating, that I cannot imagine that the developer is interested in the end-user experience. Ironically, at the same time I tried this app, I tried an app called Calculess. I did have to pay 0.99 up front to try it out. But it's an entirely different experience, and i gave it 5 stars. Maybe CalcQX has a few more bells and whistles, but they are overwhelmed by the ambulance sirens and car alarms.

I'll just get to the point. It does what I want, namely calculate, in nice large readable type. Pay the 99 cents, you won't regret it!

Yep, 'reviewed over 7 different calculators, and this was the clear best for me with 1 animated runner up. Why, you ask? • Best combination of big buttons (colored by their purpose, too) and most-used function keys. • Quick screen flip reveals the most-used special functions like memory keys, parentheses, math functions, etc.  Went right back 2 days after my CalcQX trial and shelled out the big 99 cents for the paid version. • The developer is actively providing handy app updates.

Best way to keep on budget right at my fingertips

I like that you can see 20 or so previous calculations. Only downside is that it can only be viewed in landscape orientation

Perfect when I use % all in one screen I don't have to flip the phone to get % key.