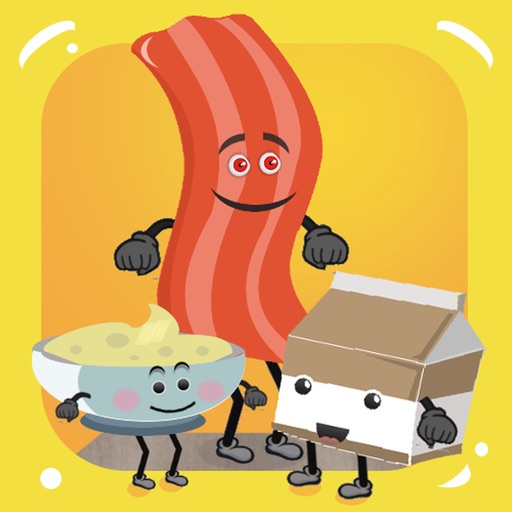 Breakfast Run! An exciting, challenging, and exhilarating running game called Breakfast Run. The best app on the app store yet, with crazy cool fun characters and an addicting gameplay. The objective of the game is to run as fast as you can jumping on the platforms, cracking eggs, and getting power-ups. But, watch out there are some twist and turns along the way.

When I found this game I downloaded it to try for my plane ride back to Florida. I got breakfast run with some other simple games which I didn't think much off. But when I started playing Breakfast run I became Emily addicted with the colorful back rounds and the love able characters. The music is cheerful and playful. I would say all round a great game for iOS and touch screen play.

Over all good idea and I like the game. I would have the instructions pop up on the screen before the first time you start to play. I just clicked start when I downloaded the app because I didn't see the information tab and was confused how to play for the first two games until I released where the instructions tab was. I would also add to the instructions tab that jumping on the red tabs will kill you. Maybe have an easy and hard version, easy version you need to hit two red tabs to die and hard version will be the way it is now where if you hit it once you die.

This game is very cool. I don't have much to complain about but i do think the next update should include more characters to keep the fun up and high beat. Over all I liked this game.