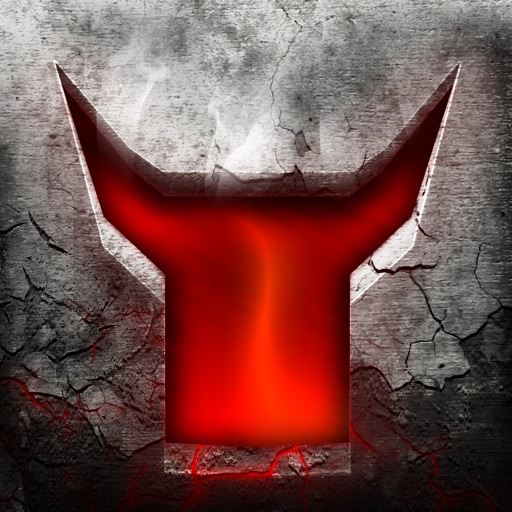 LOCK’n’DOWNLOAD! BOXHEAD is back with a Full MEDL Jacket! BOXHEAD: The Zombie Wars 3D boasts a totally new look and feel with 3-D gameplay, new heroes, fresh baddies and more – so grab your guns, abandon hope and aim for dead ahead!

PREPARE FOR MAYHEM
Play as the black-clad mercenary Jon Bambo and stay alive against wave after wave of flesh-eating zombies with an arsenal of deadly destructive weapons. Collect the weapons, coins and items left by your fallen foes to upgrade your guns, replenish your health and unlock new stages and characters.
It’s easy at first, but don’t get cocky. The stronger you get, the stronger—and more numerous—your enemies get.

APOCALYPSE-GRADE ARTILLARY
Start with a hunting blade and cycle up through bigger, badder weapons as you kill more foes. Pick them off with your trusty hand cannon or blast them into bits with your ole’ pal, Mr. Shotgun. Blow them sky-high with exploding barrels, or unleash high-caliber Hell with the mini-gun.
It’s kill-or-be-killed, so fire wisely and try not to die.

A NECRO-ECONOMY FULL O’GOODS
Snatch up the gold and silver coins on the battlefield to unlock new stages and call in Bambo’s team of mercenaries. If you get in a pickle with no time to spare, you can even purchase coin packs to instantly unlock the goods.

MEET THE TEAM
• Jon Bambo: The OG zombie slayer. So manly, his trigger finger has biceps.
• Sarah Bonnor: The Womb of Doom. Bambo’s better half - and a better shot.
• Sean Can Van Bamme: The Muscles from Brussels. His name is Belgian for “Nuclear Ass-kicking.”
• Chuck Boris: The Necrocidal Maniac. Afraid of nothing, with nothing to lose.
• Barnold Schwarz: The Austrian Auroch. Loved by the people… Until the people tried to eat his face.

HAVE SOMETHING TO SAY ABOUT BOXHEAD: THE ZOMBIE WARS 3D?
The best ideas for improvements and upgrades come from you, our zombie army of fans. So don’t be shy – voice up and let us know what you think at [email protected]
Check out the whole lineup of apps at MEDLMobile.com.

Boxhead has done it again! Love the new gameplay. Sounds are great too ;)

Love the gameplay and the endless supply of enemies. Flamethrower is sooooo rewarding!

My son has not stopped playing since he downloaded it! Nice job.

This an awesome game full of zombie-killing fun!

Needs something
killeb the gamer

This is no longer Box Head
Mr.CoolDeath

Back in middle school, I loved to play box head when my teachers weren’t looking because I was always ahead of my class and school bored me. Finding an escape with box head was the greatest feeling ever because the game wasn’t blocked on the schools internet. I really enjoyed playing the first and second games but this one isn’t anything like those. The zombies remind me of Minecraft zombies and the visuals are dark and no longer the well lit white rooms that blood would cover. Zombies simply spawn in and randomly pop into your screen, they no longer have spawn points. I feel like these changes were ok but they didn’t feel like a Box Head game. Switching weapons was also a hassle because you can’t unless you pick up a purple box, I died because there were 2 devils and a horde of zombies after me when I accidentally picked up a purple box and got a knife. Weapon selection was always a good way to control the battles in Box Head. Despite this, it’s a fun game but not Box Head in any way.

Boxhead has done it again! Love the new gameplay. Sounds are great too ;)

The only bad things are: Character's lines get cut off really easily, and not much content