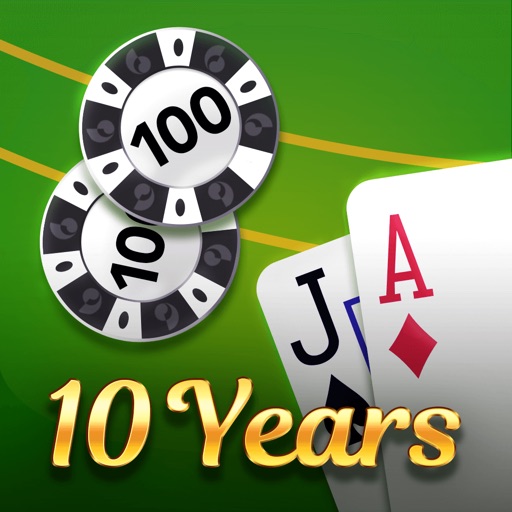 Money won is money earned in Blackjack! Also known as 21, experience the card game found in casinos all over the world on your iOS device, now available on the Apple Watch. Download the most popular Blackjack app for FREE! 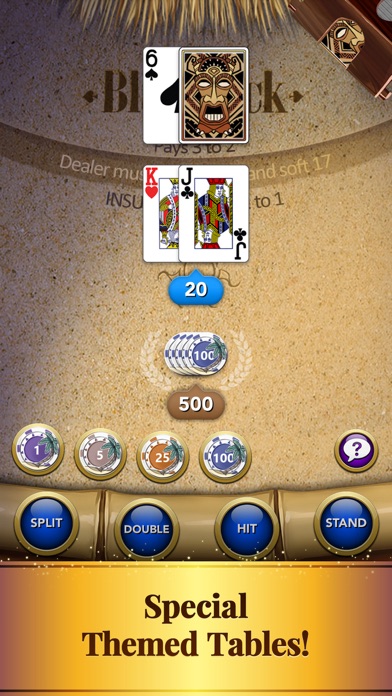 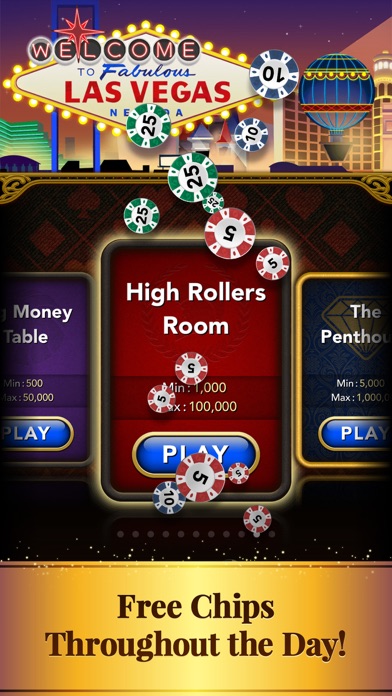 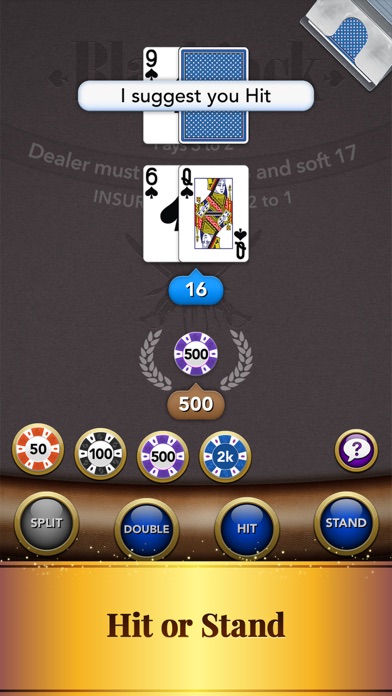 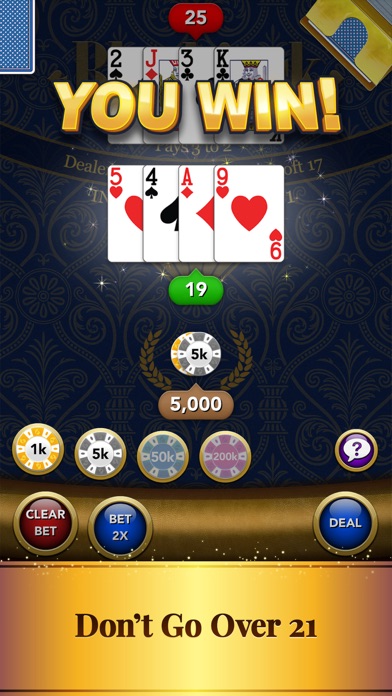 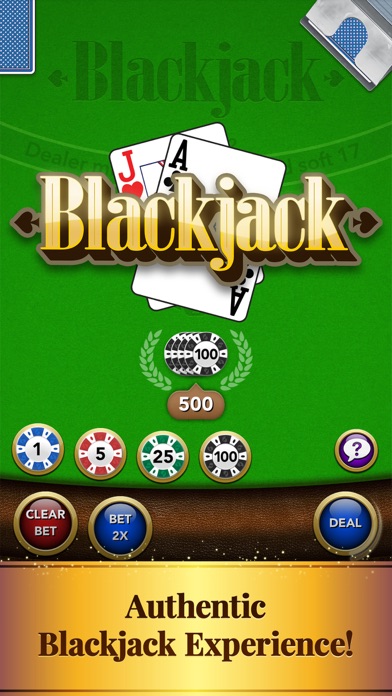 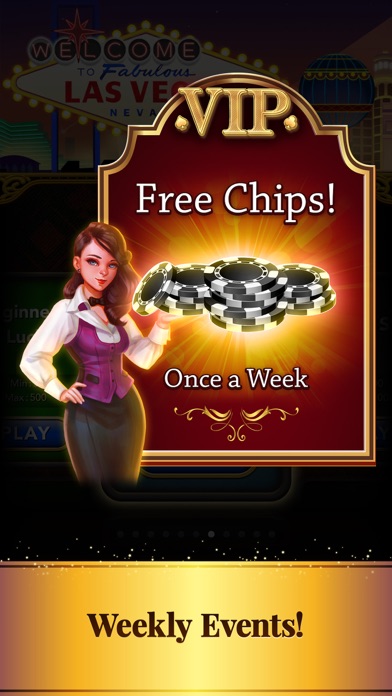 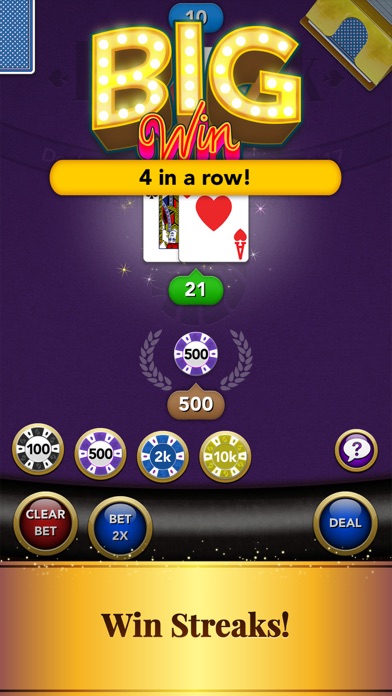 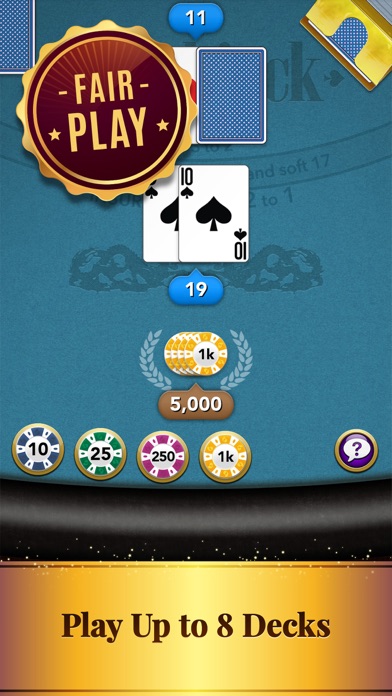 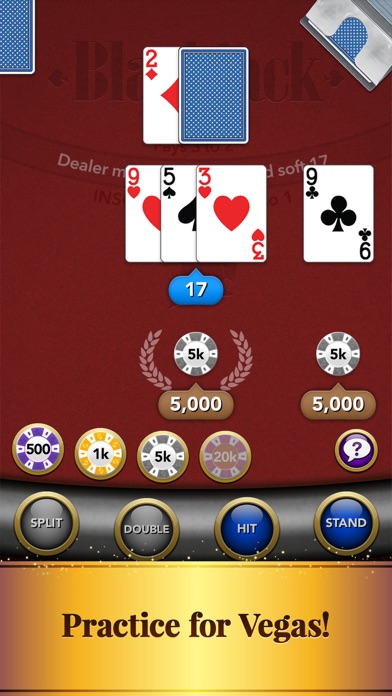 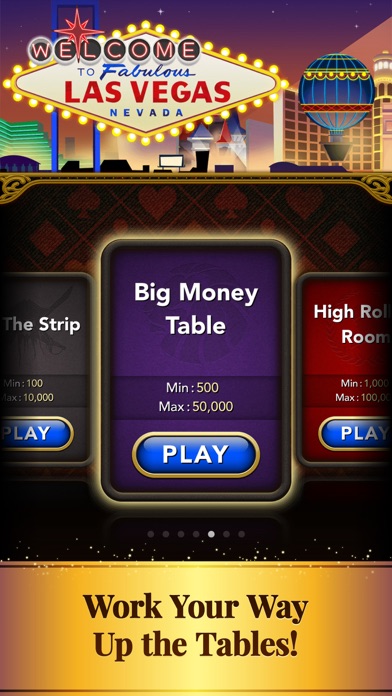 Anybody can step up to the table and feel the thrill of winning BIG money against the house! Split, double down or even learn card counting to become a high roller, all without leaving your seat. Choose either the Hi-Lo or KO card counting strategy, and sharpen your skills before your next big trip to Vegas, Monaco, or Macau!

Think you’re ready to play with the High Rollers? Try your hand in the high stakes tables! Start with Beginner’s Luck and work your way up to The Penthouse! Show off your skills to the world by working your way to the top of the Leaderboards; win big hands to reach the top. For a more personal challenge, try out the all-new achievement system. Complete achievements and rise up the ranks, where your skill level determines your title!

• Play Blackjack in exciting Las Vegas-like casinos
• Experience authentic Vegas style Blackjack from anywhere in the world
• Learn a new card counting strategy, with two options: Hi-Lo or K-O
• Discover 6 unique rooms, ranging from Beginner’s Luck to the luxurious Penthouse
• Challenge the house – bet big to unlock new tables and win chips
• Option to play 1 to 8 decks
• Come back every few hours for BONUS chips
• Toggle strategic Advice on or off to get real-time feedback as you play
• Toggle “Insurance” and “Surrender” on or off
• Track lifetime player statistics, including wins, pushes, surrenders, hand info and more
• Play skillfully to post on the leaderboards. Will your jackpot hit the top?
• Compare scores on global leaderboards
• And much more!

Players of all skill levels will love the fast tables and fun games in this Blackjack casino! Place your bets, count your cards, and challenge the house in this thrilling take on one of the world’s most beloved gambling games.

NEW: Try out Blackjack on the Apple Watch! Win as much money as you can in ten deals without the risk of losing ANY chips! The amount of money you win will also increase with each additional win. Once your ten deals are up, a countdown on the Watch will display for the next time you are able to play another game. Your winnings on the Apple Watch are synced and collected on the Blackjack app paired with your iPhone.

For answers to frequently asked questions, head over to
http://www.mobilityware.com/support.php

Created and supported by MobilityWare

The most rigged game in the ap store
Shadow 021498

This ap has nothing to do with fair play. Do not spend money on this “Tonic” seller. The ap will allow you to win for a rigged period of time...then its loss city. Oh wait, some of you thought this was a fair and square game? Haha.., what gaming commission enforces ap games?.?. That’s right...none of them!! This is the George Orwell of Blackjack apps. Big Brother decides....not fate. Be prepared to fail.

I agree with others who have reviewed on here about the “impossible losing streaks”. I have used this blackjack app on and off for many years now and as far as the actual playing, this one is my preferred version and honestly is great to learn on. However, I had to have the app downloaded like 2 weeks in advance collecting my bonuses before I could even play because of only getting 200 chips per 4 hours, and the minimum to play a SINGLE hand being 50 chips. This isn’t bad. I guess.. BUT, I have never played a blackjack app ever with such seemingly rigged losing streaks. Dude, I play with basic strategy and in the first couple days of playing again on this app in a year the game was glad to give me a losing streak of 10 hands in a row! Like, what? I get it if this is like out of the ordinary, but it is very common more times than not that I will lose like 6 or 7 hands in a row. When you are going through hands fast and have to pay a minimum of 50 chips per single hand, only getting 200 per 4 hours, losing like this until you can’t even play is extremely discouraging and which is why I have sadly switched to better blackjack apps. :( Perfect interface for the game in my opinion and I would prefer to play this app mainly because I enjoy the layout, but man these losing streaks and lack of chips are just keeping me away. Until next time.

Very exciting game. I play any time I have a break.

There is no way this game is random. Never seen a BJ game where the dealer doesnt break on a 4,5 or 6. It is definitely rigged in favor of the house to the extent that you will just waste money buying chips. Find another.

Play all the time
Newbux

Great game! BUT way, way too many ads!!! Time is wasted waiting to get back to the game!!

I love black jack. Listen to adds and load up on coins. Even better, get lots of black jacks!

Quit the crap of forcing people who only play for fun to buy chips. Yes, that’s what you’re doing with the $5 minimum bet.

This was once -years ago- a good game. Pure and unadulterated GREED in the form of adds have ruined it. You can’t change games without having to fight through multiple adds. “Buy chips” they say “play add free!” … yeah. For a week. Then “Buy chips!” And change tables: fight through 2-8 ADDS! They’re pervasive! Inescapable!