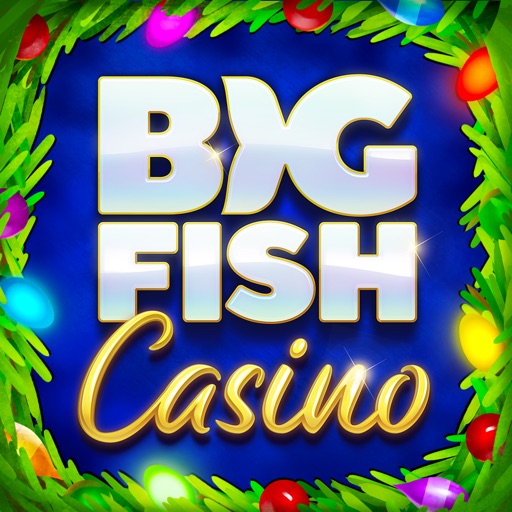 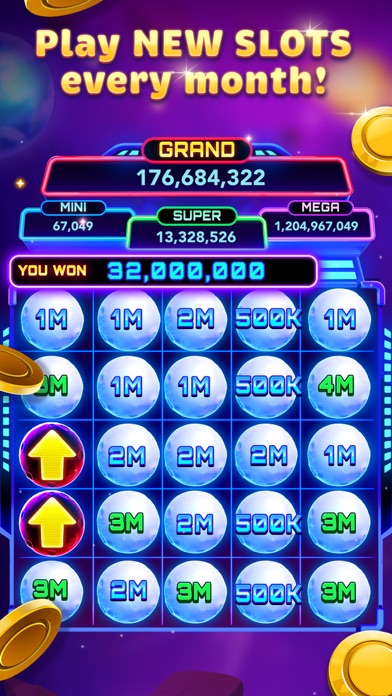 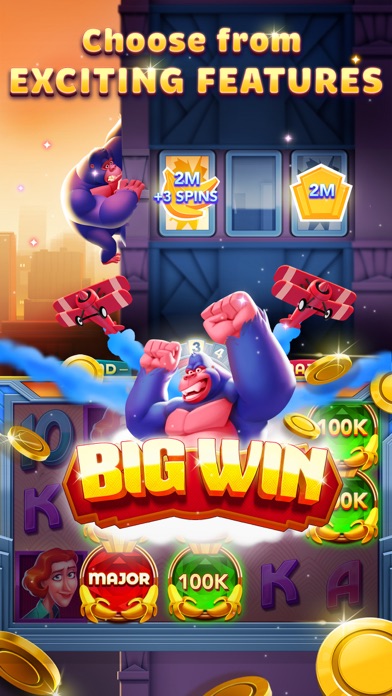 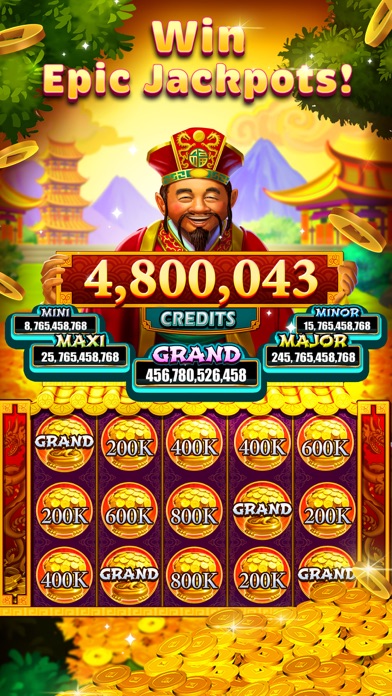 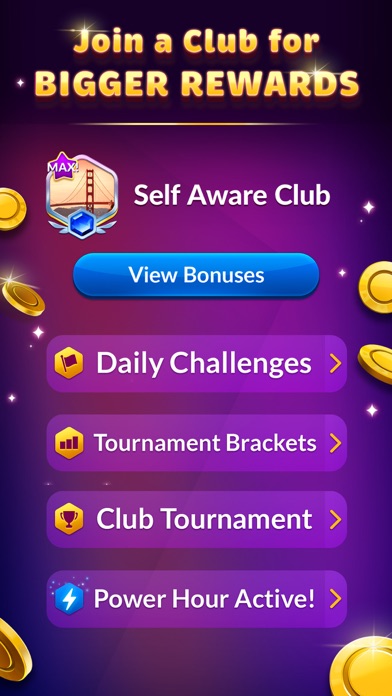 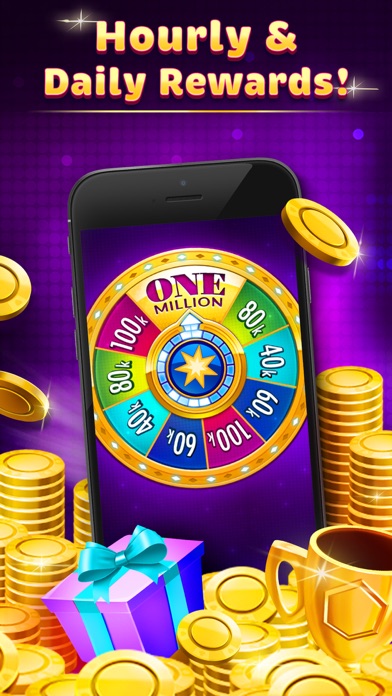 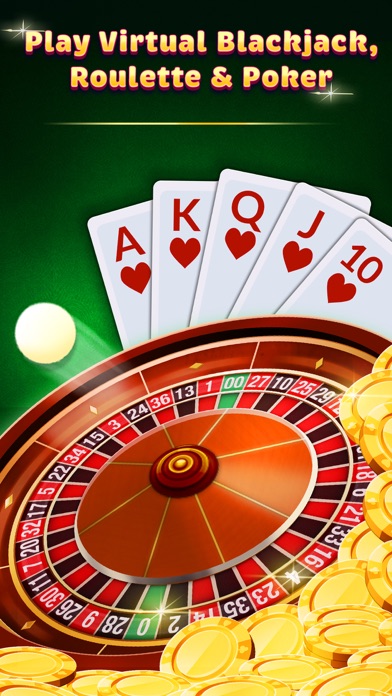 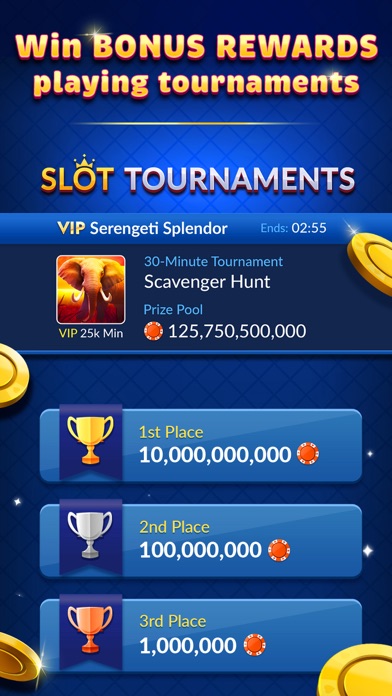 Big Fish Casino gives you the chance to WIN BIG in Slots, Blackjack, Texas Hold'em Poker, Craps, Roulette, and more! Play live with your friends, with all the thrill of Las Vegas! Sit down, relax, have a drink & some chips – on us. We've got gorgeous games and millions of friendly people to play with for FREE!

Make a fortune with HUGE Jackpots, Free Daily Games, Slots Bonus Games, and more! Will you play it safe and hold your cards, or double down and get a lucky ace? Over 16 BILLION chips in Jackpots given out each day!

Have an adventure like no other in our original Slot Machines! Enter the secret laboratory in Mad Mouse - everyone wins free chips when electricity strikes! Operate the Candy Crane to grab sweet surprises! Fortune awaits those brave enough to enter the Enchanted Cavern…

TOP FEATURES:
• Exciting slot machines with FREE SPINS and Bonus Games you won't find anywhere else!
• Everybody wins together in our unique Social Scatter™ Slots Games!
• Win up to 1 MILLION chips in our Reward Center games!
• Daily FREE game and bonuses could win you up to 65k FREE Chips just for logging in!
• Play LIVE with your friends! Beat the house in Blackjack or test your skills in Poker!
• Customize and strut your stuff with free pets, gifts, and power ups!

So I played big fish for years....literally...without buying chips. One day I decided to, I bought a 19.99 package and a few hands in started hitting some really big hands, after the up and downs I and after buying maybe 2-3 small packages over a 2 week period I hit a billion dollar jack pot. That was 8 months ago and although I’ve hit no more big hands what’s surprising is I have constantly bought chips. This is why I’m writing my review, what I am fixing to say.....I have spent 400 in packages in a week I literally buy and hit nothg, buy and hit nothg, I mean nothg!!!!!!! It’s in real. Even the days I don’t buy I do not hit anythg, I have spent 400 dollars in 5 days and plus my bonuses in between and reguardless of bet I have not hit a scatter of any sort. My suggestion is to not buy any chips and keep it simple once u start buying u may hit good then they ( almost like they don’t care if u notice) stop letting u hit and just want u to keep buying! Good luck and have fun out there but don’t invest in this app!!!!!!!

Like playing different games. BF is a lot of fun to play and interact with people from everywhere. Too many zeros. Monthly bonus has been lowered.

So if I love them I know you will! The games are yours to play free to all ! So come on guys join you will love it ! Very nice people ! Free prizes every day ! I’ve been playing over 8 years ! If you love fun this is it big fish Casino!

I been playing this game awhile and it use to payout alittle to be able to play. The bonuses on Facebook are not good it’s a cheap bonus for being such a big game. Since they started doing commercials for the game they cut back on the win percentage and you can no longer win. It’s all to get you to buy more chips and I did and you will lose them as quick as you bought them. I did give it 2 stars cause the games are fun and the clubs are a neat idea but don’t expect to play much unless your bet size is 100 chips and you don’t want to get anywhere.

Super addictive app! Let’s u win at first then all zeros for years. Wants u to buy fake chips which are extremely expensive and are worth nothing. Shame. App used to be fun! Now just greedy fake people and all zeros!! If I could rate it 0 ⭐️ I would!

Did not recieve purchased chips
Laurde777

Lost tons and keep getting bankrupted. Never can get ahead. Fun for a very short time but was guttered more than not. Deleting game. Moved o. To others.

I’ve been playing this app for many years, and it’s super tight now. You can’t win unless you’re a billionaire on here, and chips are super expensive. As of this coming Tuesday, I will be leaving my team, and leaving BF. I am a tier 13 player, and they treat you like crap unless you make it to the top, which is tier 15. I’m embarrassed to admit that I’ve spent thousands trying to get to the top tier. DO NOT FALL FOR THIS SCAM GAME!

Nice game i have ever seen