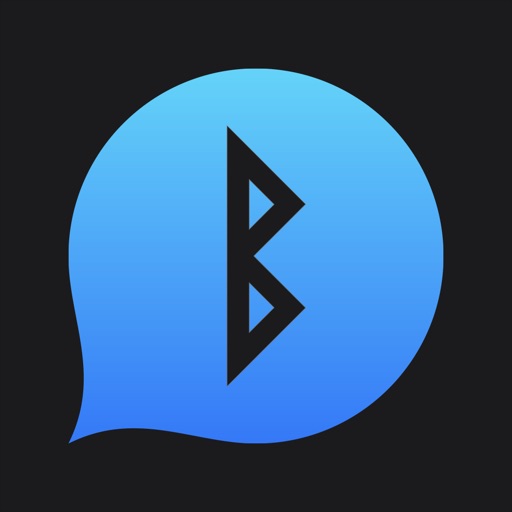 Berkanan is what people nearby are talking about right now. Join the conversation. Discover interesting people. From festivals to conferences and college campuses, Berkanan is there. 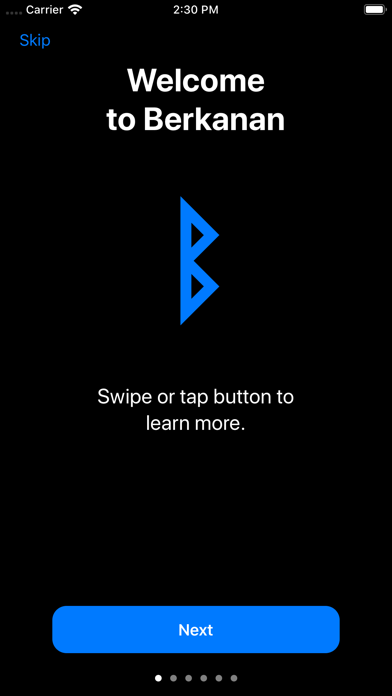 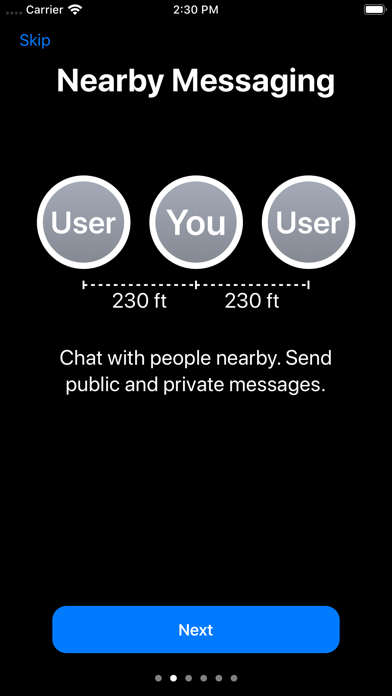 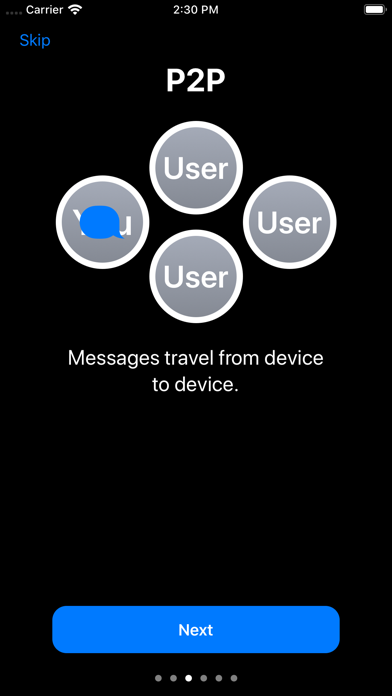 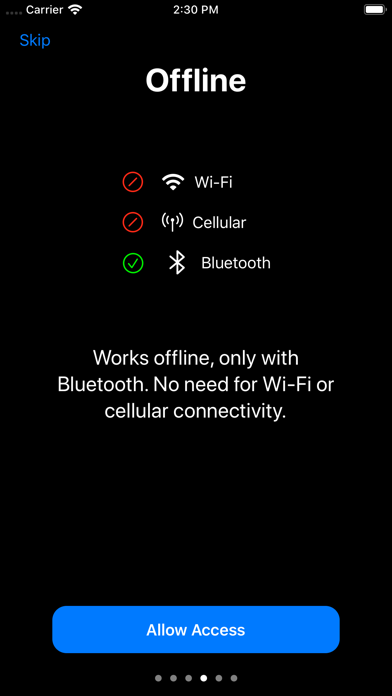 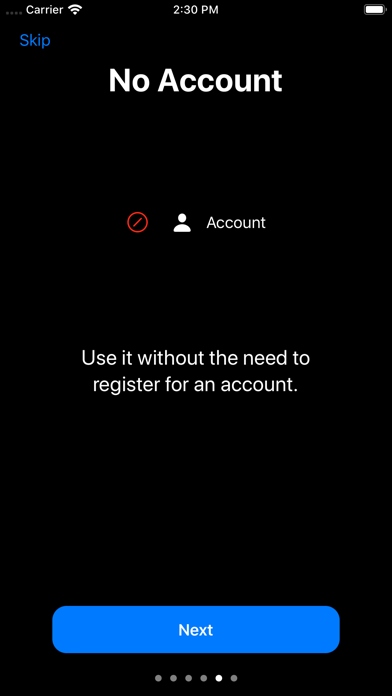 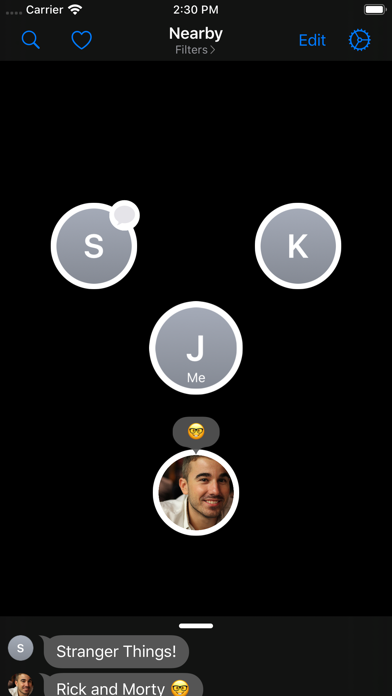 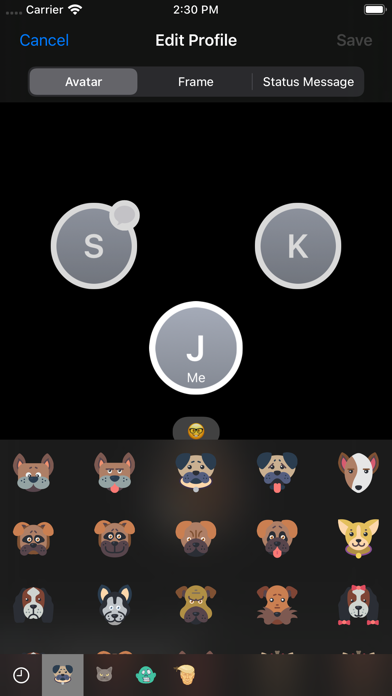 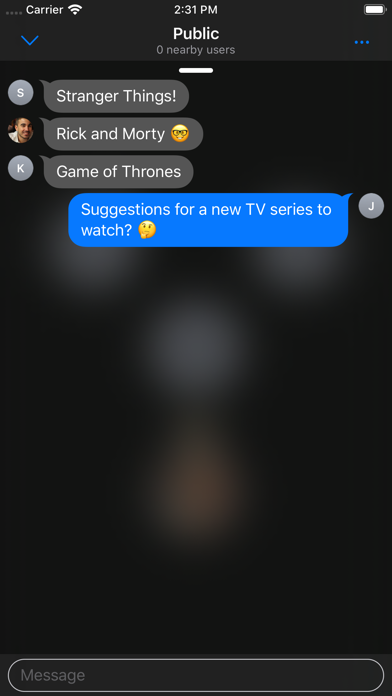 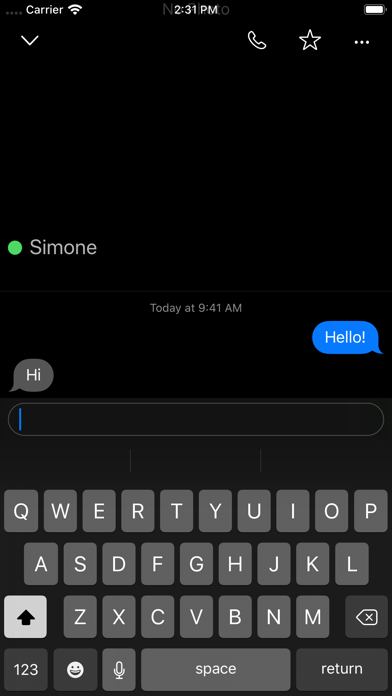 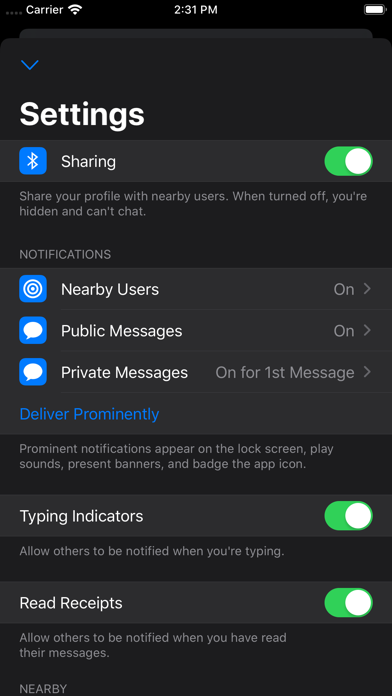 Berkanan is a Bluetooth-powered group messaging app. It gives people a way to communicate in situations with poor or no cellular connectivity. Alongside group messaging, Berkanan also allows private one-to-one encrypted messaging. The range for these messages is about 70 meters, but if there are people between you and your intended recipient with the app installed, Berkanan can send messages further by going through other users' devices.

FEATURES
• Nearby Messaging: Chat with people nearby. Send public and private messages.
• P2P: Messages travel from device to device.
• Offline: Works offline, only with Bluetooth. No need for Wi-Fi or cellular connectivity.
• Notifications: Works in the background. Get notified of nearby users and messages.
• No Account: Use it without the need to register for an account.

Payment will be charged to your Apple ID account at the confirmation of purchase. Subscription automatically renews unless it is canceled at least 24 hours before the end of the current period. Your account will be charged for renewal within 24 hours prior to the end of the current period. You can manage and cancel your subscriptions by going to your account settings on the App Store after purchase. Offers and pricing subject to change without notice.

I really like the idea of this app and have been looking for something to do this for a while. I do hope it always requires the user to approve that device hopping through Bluetooth though? But, overall I like it so far and love the idea of using Bluetooth only especially. So many apps promise that I've found, but few deliver on that promise. This seems to actually do that, which is wonderful, thank you very much. Oh, and for anyone who doesn't know meters to feet. The stated distance for the this program would be - 229 ft. I believe that is correct. 70 meters = 229 feet. That's at least what I was given from the online meters to feet converter I used. Well, technically it was 229.6587927 feet. So, a little over 229 feet, assuming my source for conversion is accurate. The converter says - 1 m = 3.2808399 ft Thanks, again, for this great free app, I'm really happy I found it and I really appreciate not having to register for my 5 billionth account to use the application, thanks for that especially. Though, it does make me kind of concerned about what the real cost is for this free program. I apologize for my cynicism. Although, in today's world it's not as much cynicism as it common sense in my opinion, when you're speaking about applications or services. But hopefully you'll forgive my thoughts on the matter with the amount of "free" apps or services out there having, often times, nasty ulterior motives. But, if this really is free, well I thank you for your immense generosity and I'm grateful for for all the time and hard work no doubt put into building and maintaining this program. Thanks, again, for all of that and God bless.

Just downloaded it but great so far. Pretty nice idea for sure. Good job.

Love it!! But could use some features
arianamazz

This messenger is amazing for people who work on cruise ships I would love some features though: A group chat, so even if they’re not in range, once they are they get the message!!! A group chat is so handy. And a way to favorite someone. So they either come up at the top of the screen when they’re in range, or they have a star on them so you can find the people you talk to the most easily. Thank you!!!! Also: I’ve purchased the app.... but it still won’t let me edit my profile. It just keeps making me buy it over and over again, says I already have it downloaded, and then still won’t let me edit my profile.

What an awesome idea and beautifully designed app. My previous review left me a little confused with ongoing notifications but the developer responded quickly. I’ll definitely be using this app a lot with family members. Hopefully the software can be updated to enhance notifications so that once a private conversation has started you can receive ongoing notifications while blocking private messages after the first message. Edit: Fast response from developer. The issue was corrected by enabling the correct settings per feedback. I don’t really need the premium features, but love the quick feedback and apso I chip in for it.

-Keyboard apps compatibility -A minor problem: When phone was off and Bluetooth is still on the app said I was offline

What an amazing idea
Jnep21

This is honestly one of the best ideas I've seen. Especially in cases of emergencies. Every phone should have this feature and I hope more fine out about this AMAZING app. My family got it and we tested it and it's worked great! I also love it is not centralized and encrypted so it's very private! For now, I bought the profile editor to support the developer!

I love the innovation of the future and this is just that. Could you guys at Berkanan send me another email I accidentally deleted it.

I used to use FireChat until they updated and this is worlds better. I work in a place with no signal so this helps my team talk to each other. Brilliant and easy to use

Works amazingly! This app should be baked into all phones by default!! My wife and son have it on their phone too.