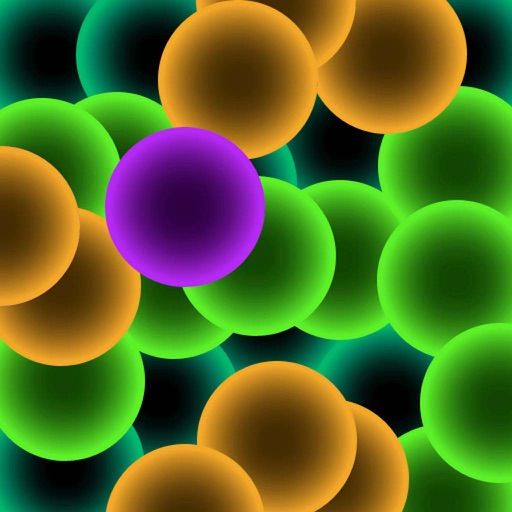 3D version of the classic arcade game: BreakOut. It's the opposite of Dodgeball. It's BallSnare.

You defend the front wall of the court; either blocking the active pucks or catching floaters. Clear three layers of balls and advance through progressively more difficult levels with multi-ball action.

The concept alone deserves 5 stars a 3d brick breaker game wow. But the game needs some updates if the dev wants to win best original game 09 or something, because the potential of this game far surpasses any half baked game I've seen since launch. The frame rate needs to be faster, or atleast have an option for faster game play, or the speed gradualy picks up like vector ball3d, There needs to be power ups that destroy more than three balls at a time, shorter levels or faster gameplay in general, as is it's more of a casual relaxation game, that should only be an option, like casual mode/ arcade mode. Though I prefer touch over aclrmtr this game would be better suited with aclrmtr to avoid blocking the screen with your hand issues, back round music, and different stage designs, and add some enemys or bosses to pong against behind each wall of bubbles would just be crazy insane. Very good start however I only recomend at you own fiscal risk, if your looking for some fast pace frantic traditional type brick breaker pong type game and don't have a buck to spare, this isn't there yet, this game is very slow, and not buggy but unfinnished as far as the brick breaking genre go's but I am happy I got it, I like this game better than the over hyped 99cent Days of Thunder as far as price satisfaction. Thank you for a truly original concept, hope to see updates soon .

Game begins slow but speeds up with each level. Great concept, and loads of fun when multi-ball begins.