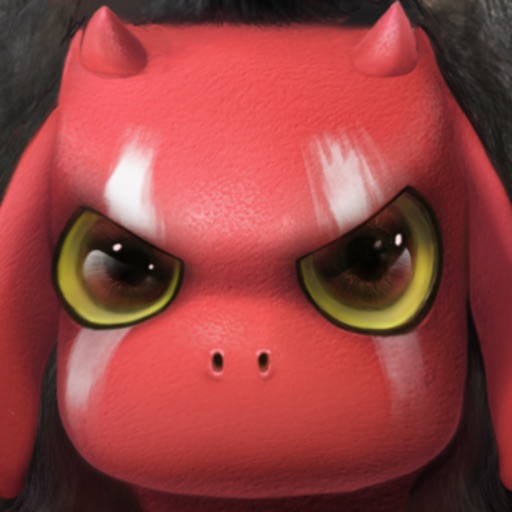 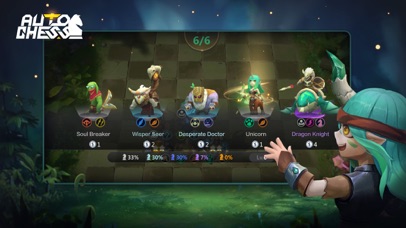 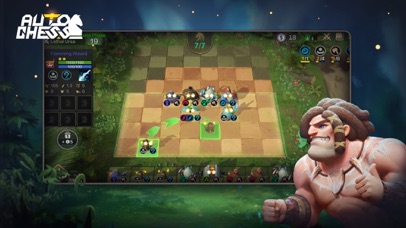 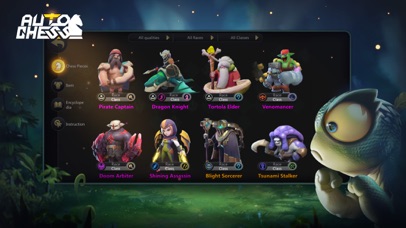 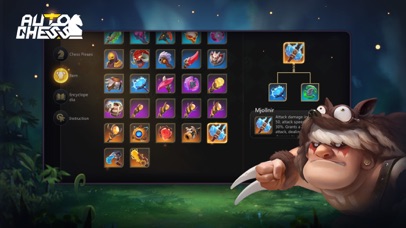 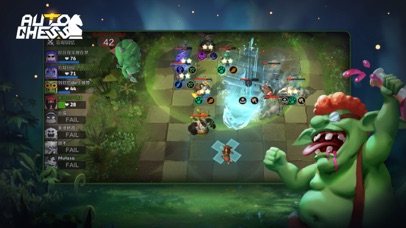 This is an innovative gameplay created by Drodo. By collecting/changing Hero cards, and arranging different formations, 8 chess gamers will be contending for the first prize in the following tens of minutes. Millions of players are challenging each other every day, and, it has become one of the most popular leisure gameplays nowadays.

Strategy Rules the World
Players will randomly get their Heroes in the Sharing Cardpool, and form special formations according to their unique strategies. Evolution, combination, jockey for position etc. enable you to practice your strategies to the greatest extent. Who will be adaptable to the changing tide and survive till the end?

Global Server
No matter where you come from, welcome to our world and challenge players from all over the world!

Have tried the others and this is by far the best one. Definitely give it a chance.

Game play is a ton of fun. Sadly the lag makes it unplayable during peak hours. Hopefully they are able to add additional servers but I will most likely going and play other games until then😔

I like the game but it crashes way too much! They need to fix the bug.

I’ve played this game but and it’s very well thought out and fun to play....that is until it crashes mid game. And sure you can log right back in and pick up where you left off but you’re losing a minute or two of load time, so basically an entire 1-2 turns. And it does this without warning too, and I can rarely get through a game without this happening. I have an iPhone that’s up to date with a perfectly working battery, etc. and plenty of storage space, so there’s no reason that this should be an issue.

I have tried other Auto Chess games like TFT, Chess Rush, and Dota Underlords, and this one is complete garbage, the only reason many people play it is because they took the Auto Chess name as the game title, fooling people to think that it’s the original one (Dota 2 Auto Chess is). Don’t waste your time with this one!

I love this game and characters in it all the graphics is nice ... but I would maybe like to see some more: •Dragons (since they already dragons in the game) •Elves •Fairies •Vampires , since y’all have a werewolf why not add a vampire maybe as a human beast race •Giants Instead of removing the characters you already have on the game just add on and enhance the faults. But in all and all it’s a good game would like the items you get to be more balanced and instead of the ppl on top of the game to get everything to level up first for it to be more balanced out to where everyone have a chance to level up instead of spending so much gold speed rolling to get what u need to level ur character up but it takes a lot to do so... if I explained that correctly

Apparently the closet to the DOTA version.
Loerider onfire

Only wish. If the developers are reading. Please change it so i dont have to log on to facebook EVERY time i want to play. Its the ONLY game i have to do this. God forbid I accidentally exit the game and then i have to go through facebook again just to pick up where i left off.