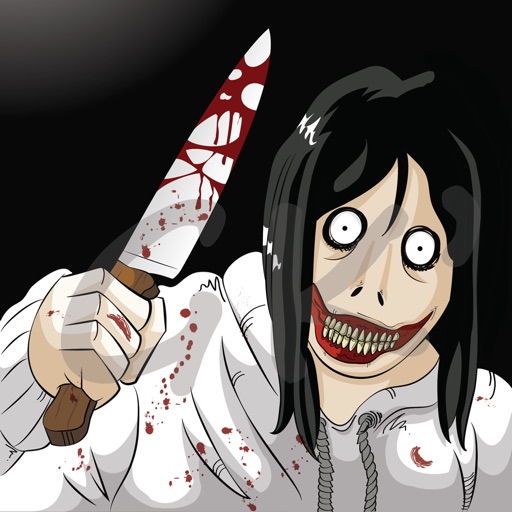 It's JEFF THE KILLER and he's coming to get you...

Jeff has invaded a sleepy backwater town and people are disappearing........ fearing for their lives and the safety of their families, the locals are fighting back. But who will live to tell the tale?

- Awesome gameplay
- 110% SCARY
- Play with you friends with multiplayer
- HORROR SFX and MUSIC!!

Why would you put Jeff in this game? Why is he shooting lasers? Like, what's the point? It's not even scary!!!!

Dear Elaine Heney, Please make an update and make it more than just dodging cars and shooting lasers. Add a knife and people. Why the hell does he have lasers anyway?? Anyways, thank you

This game is absolutely terrible. U never can play the game because 3 different ads pop up in the beginning and if u click to exit out of one u hit the one behind it and brings u to the App Store!!!! Do Not Get!!!

Not Jeff the killer
Sasuke140

Okay why does Jeff shoot lasers? Like what?! And it's kinda boring. And like people can still see Jeff. I'm kinda sad and disappointed. They could have done so much more! :(

What's with shooting weird yellow things at cars?You need - people (to kill) -knives (instead of yellow lasers) -and A PLOT!!!!!! But I'm really happy to have a Jeff the killer on my phone

Not even close to scary, don't even bother with this game. Unless you LIKE starting EVERY SINGLE ROUND with an ad popping up on the screen during gameplay... this game is not even worth the one star I've given it, I would have gone with none if I could.