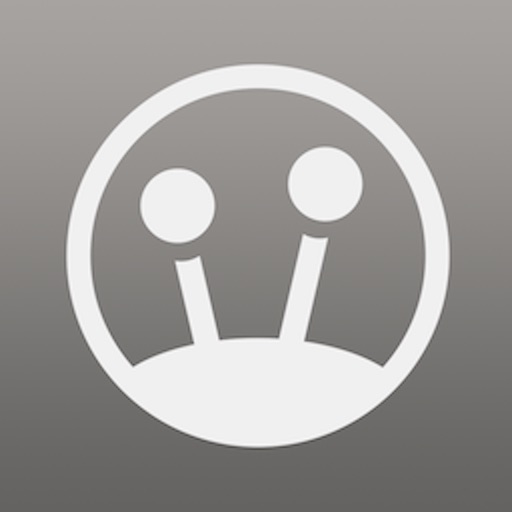 amrc is the fastest reddit client. Its unique 'swipe from anywhere' navigation makes browsing on your iPhone or iPad quick and easy 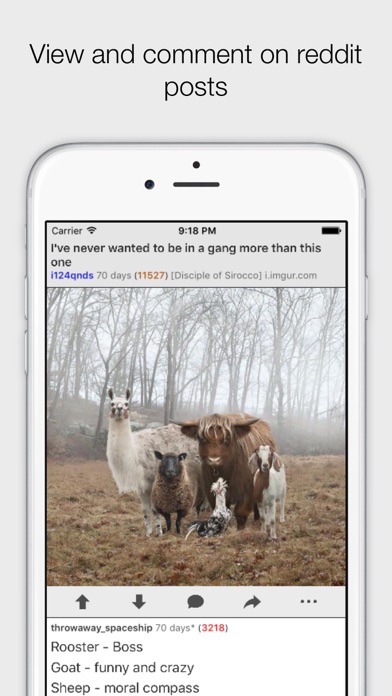 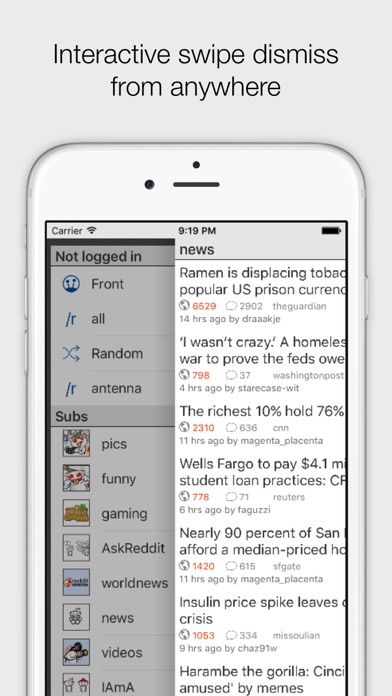 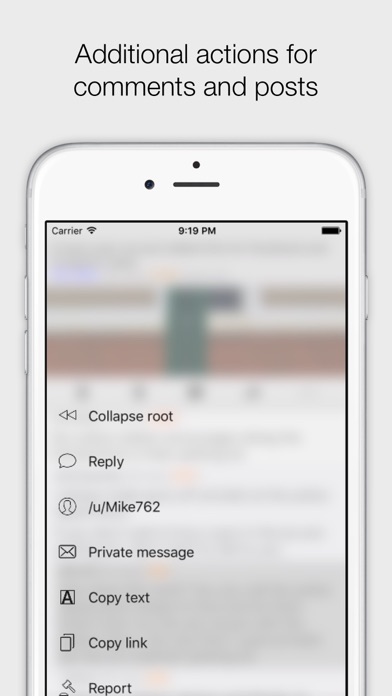 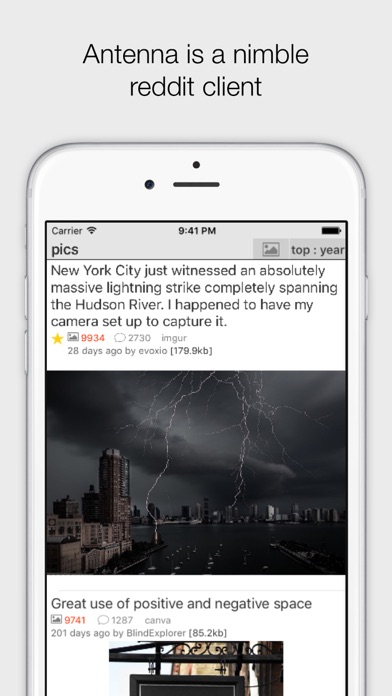 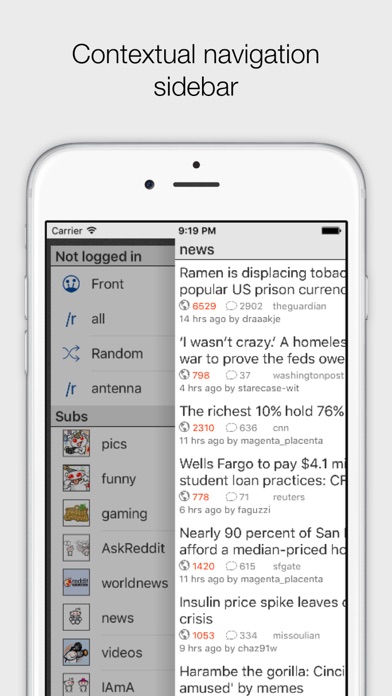 Come on man, this app used to be the best. Now it’s always freezing, crashing, etc

Crashes a lot but love it
mexie927

This app looks like garbo and it crashes all the time, but I still choose it over the rest of the choices on the app store.

This used to be THE Reddit app. Hands down the best. I would still drop Apollo in a heartbeat if it wasn’t for one huge issue.. the app isn’t formatted for notched displays with curved edges. We are now 4 generations of iPhones with notches and curved edges. There shouldn’t be any reason why this app shouldn’t fit correctly on a new iPhone. In portrait mode, text in the corners is still formatted for square 90 degree edges. Text from comments and post subjects still go under the notch. This app was so good at one point that I still check it every couple of months to see if it’s fixed. I know the dev has moved on and that makes me sad too. I see how well Christian is doing with Apollo and can’t help to think that this app could have been Apollo. This dev could (and probably would have) been a huge success. This app in its prime made me want to get into UX and app development because I wanted to understand why I was using it and why I didn’t want to switch to android because I couldn’t use Antenna in that ecosystem. If he is done with it, I wish he’d put up the source code so someone could fork it.

Where do the alleged crash reports go?
Hantra

I’ve been hitting “Always Send” on the crash report prompt for many, many years. It’s always the same crash. Where do these mythical reports go? Why is no one reading them? I still use the app every day, but jeez. At least remove the prompt after the crash, if it’s pointless.

Despite release notes for v9.19 and 9.20 claiming this app is no longer accessing the clipboard, it still accesses it every time the app is invoked.

This was the best Reddit app for YEARS. Started using Reddit again and it’s not really working. Settings don’t even save after I close the app. And posts stop loading after a small time using the app. Are the devs still updating this app or is its development finished? :(

Really enjoyed the UI of the app, started getting alerts that it was copying links from safari and from my Mail app.

This app has the best Reddit interface. However, it appears the developer had abandoned it. Frequent crashes ruin the experience.

Does absolutely everything, except play gifs with sound... really annoying but otherwise the best Reddit app!