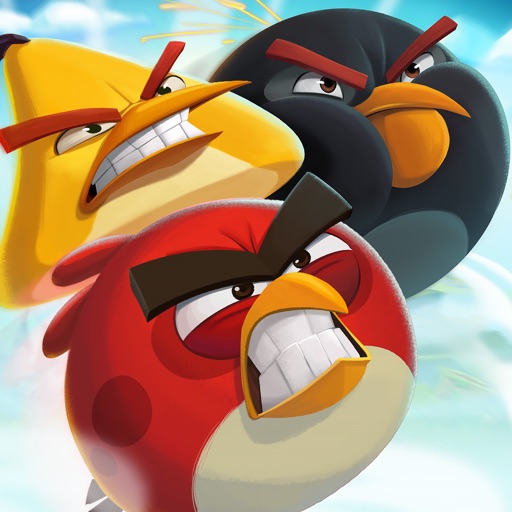 The Angry Birds are back in the sequel to the biggest mobile game of all time! Angry Birds 2 starts a new era of addictive slingshot gameplay with stunning graphics, challenging multi-stage levels, scheming boss pigs and even more destruction. 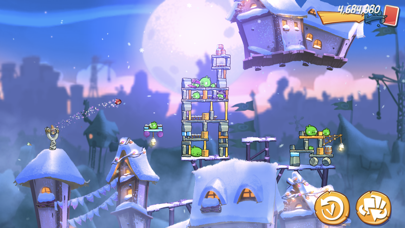 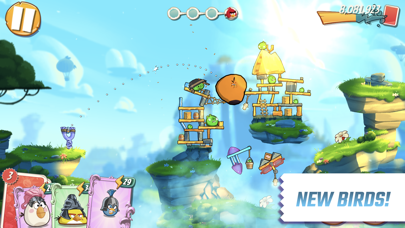 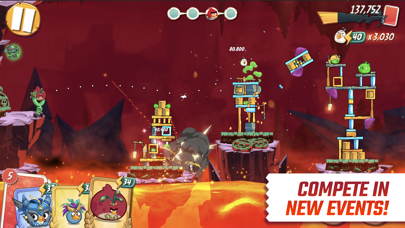 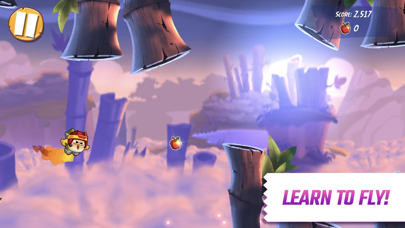 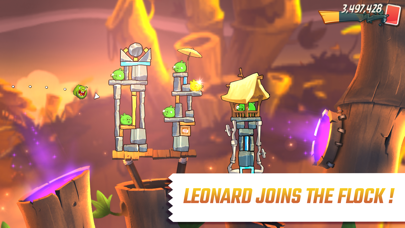 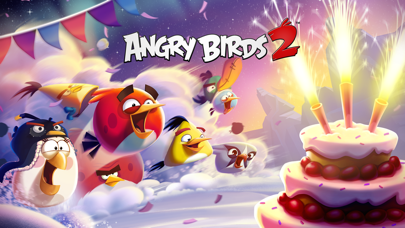 **Angry Birds 2 is optimized for iPhone 5, iPad 3, iPad mini 2 and iPod Touch 5G or newer. You can try it on older devices, but we can't guarantee a smooth bird flinging experience!

CHOOSE YOUR BIRD!
It’s the ultimate slingshot action strategy – YOU choose which bird to fling next! “But that makes it easier, right?” WRONG! You’ll need to choose wisely if you’re going to stop those eggs from getting scrambled. Plus, crush those pigs and blocks to fill up the Destruct-O-Meter and earn extra birds!

SPECTACULAR SPELLS!
Blizzards, Hot Chilis, Golden Ducks and other outrageous spells give you an added advantage against those swindling swine. And when you need some serious help, guess who’s at hand to make a pork-smashing cameo? That’s right, it’s the sardine loving Mighty Eagle. Oh yeah!

CHALLENGE OTHER PLAYERS!
Challenge players from across the world in the Arena to see who’s the best bird flinger of them all! Connect to Facebook and play new tournaments every day to earn feathers and level-up your flock. In the Arena you play until you run out of birds and spells, so get out there and solve the puzzles – you’re only up against the rest of the planet.

DEFEAT BOSS PIGGIES!
There’s some serious bad guys on Piggy Island, and your slingshot skills are needed to take them down. Foreman Pig, Chef Pig and the infamous King Pig will stop at nothing to keep your eggs. Are you gonna let ‘em get away with that? It’s time to hit that pork and teach ‘em a lesson.

Angry Birds 2 is completely free to play, but there are optional in-app purchases available. Either way, get ready to rain destruction on those swindling swine!

This game may include:
- Direct links to social networking websites that are intended for an audience over the age of 13.
- Direct links to the internet that can take players away from the game with the potential to browse to any web page
- Advertising of Rovio products and also products from third parties

This game may require internet connectivity and subsequent data transfer charges may apply. When the game is played for the first time, there is a one-off download of additional content.

It’s an awesome game Infact I literally cannot stop playing once you start BEST GAME EVER!!!!!!!!

The Tower of Fortune is completely rigged. Don’t even bother. Should be called “Tower of BS”

Can’t seem to get away from all the need to pay stuff! Real drag!

I wanted to play this game but I couldn’t even open it because it kept saying I didn’t have WiFi when I 100% did. I even used celular a few times to see if that would work. I don’t recommend wasting your time.

the app doesn’t load past the opening picture :(

It’s a pretty good game. I mean, it might have some flaws, but it is overall good. I’ve got a problem. For the extra 3 birds and Leonard they can’t wear hats. What gives? You upgrade hatchlings, slingshots but you can’t unlock hats for extra birds + Leonard? I’d like it if you could make that an update please. Also, for the Rowdy Rumble and tournaments could there be an option? Like you could search for an 8 bracket, 16 bracket, and a Round of 32 bracket? Appreciate it.

This game takes almost no strategy. I have the original Angry Birds on my computer and it took me so long to beat. In the first Angry Birds game you needed strategy and had to know what birds broke what. Now, you have access to every bird every level and it is frankly too easy. It takes me 5 minutes to complete a level on the sequel VS an average of 15 minutes on the original. It’s a good idea, but if the difficulty was boosted I’d be a lot happier with it. When were the good old days when you got 4 birds to complete a level ???????????

This is my second favorite game ever!!!!!

Don’t spend money on this!
Tdtown

I liked this game so much I bought the gem letters every month just so I could complete the daily challenges and level up my birds. I joined a clan and interacted with others and it was really fun. After playing for over a year all my progress was gone forever. Apparently if someone in your clan doesn’t like you they can get you banned permanently by complaining that you cheat or something like that I’m not sure how it happened but I logged on one day after someone who was removed from my clan told me he was getting my account kicked off if I removed him and he did. My account was banned for cheating according to the screen when I logged in. I contacted support and not one response other than our decision is final and no inquiries could be answered regarding my issue. I don’t understand how they can treat an actual paying customer this way. I’m aware that people cheat and I know the get kicked eventually but for me to spend 100+ dollars on this game just to be banned with no explanation or response of any kind other than we aren’t answering questions about my matter. It’s sad but on the plus side I have more free time and apple refunded all my purchases for the past 2 years. I would not recommend this based solely on the customer support being an automated scam to avoid talking to customers. Even if you don’t spend money like I did if you join a clan and someone wants you banned it can happen and you will not get back the time you put into this game. If this were on Xbox I would consider giving it another chance.

I loved the orginal a few years ago. But this version is total crap. It loaded with so much BS. I played through 20 levels. They are extremely easy and take about 5 seconds to play each level, then it forces you to deal with about 30 seconds of “rank up!!” And “you unlocked!!!” plus ADS that force you to watch for 15 seconds plus. This game is AWFUL!! What happened to all the old angry birds games?!