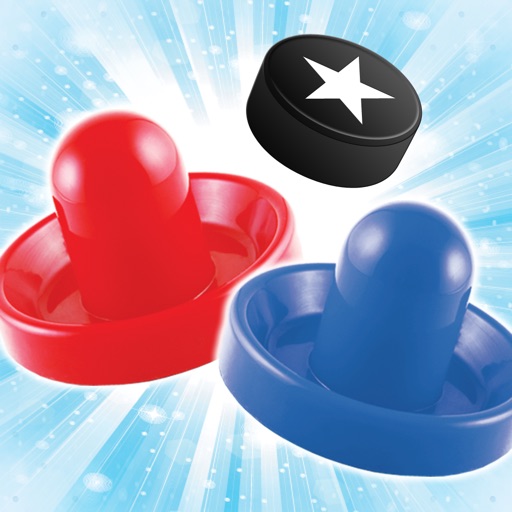 A fan of Air Hockey said: "Vastly superior to other air hockey apps out there! Had downloaded and deleted 2 others before I heard about yours."

- Play Air Hockey on your iPad, iPhone, or iPod touch!
- It's free!
- Play two players on the same device, or challenge the computer!
- Features a story by Joey Comeau!

Some of the feedback we've heard from players:

I love the 7 pucks option. Its so fun! Great job!

i love the concept. No other table hockey game allows up to 7 pucks, and the multiplayer is a bonus. However, the finger physics is not good and no matter how fast i move my finger, the puck goes slow. If finger physics are improved this will be 5-star

I like the display and graphics, and there weren't any freezes/lags. However, the controls were a little sluggish. My finger moved faster than the goaltending red/blue blocker, which would often trail behind my finger (kind of like slow motion). I wish the controls were more sensitive/up to speed, as it makes a difference in this kind of speed game. Other than that though, I like the presentation very much! Looking forward to more updates!

And It Wins a Golden Cup
fycfibfvddgcgj

If you put this in glowing neon colors it would win three golden cups,two gold medals,and FIVE GOLDEN STARS!!!

Table is to small =/

Could be alot better
PrimoSpartan

It's a very difficult game as the opponent always slams the puck as hard as it can rather simply pushing. It's nearly impossible playing on Good difficulty.

The pacing was a little off and the ads appeared on more then one page. Other than that, this game is what I would expect a top ranking free air honkey game to be.