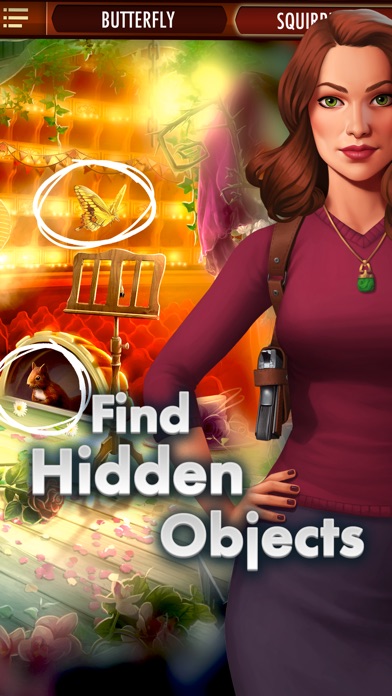 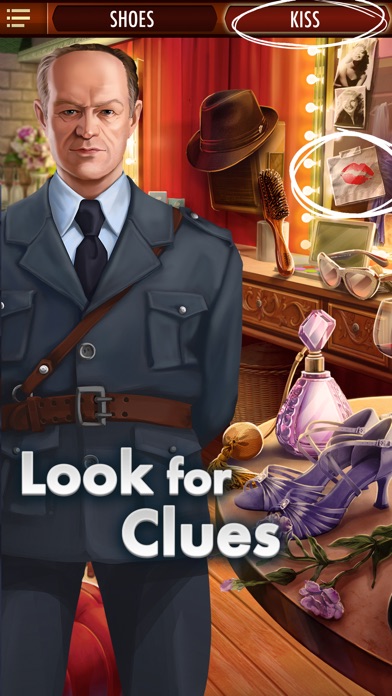 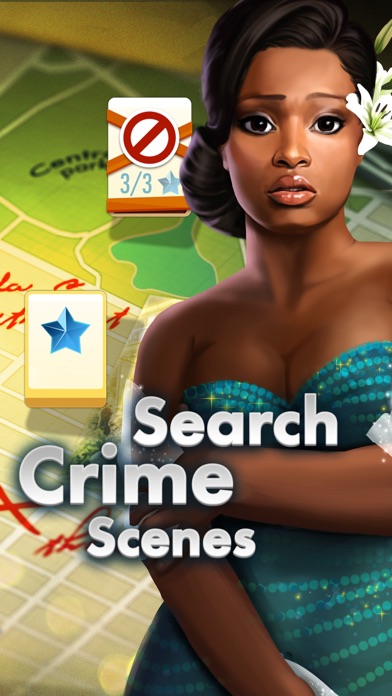 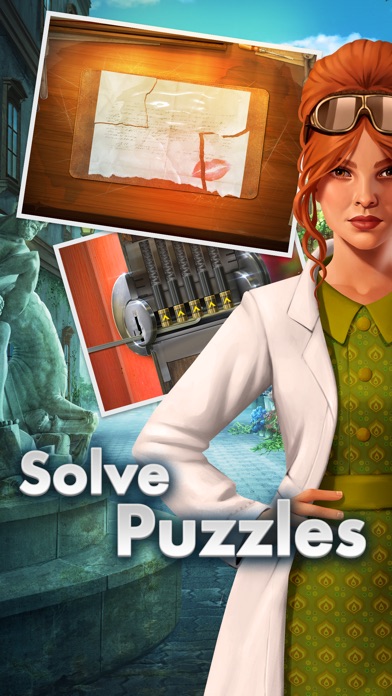 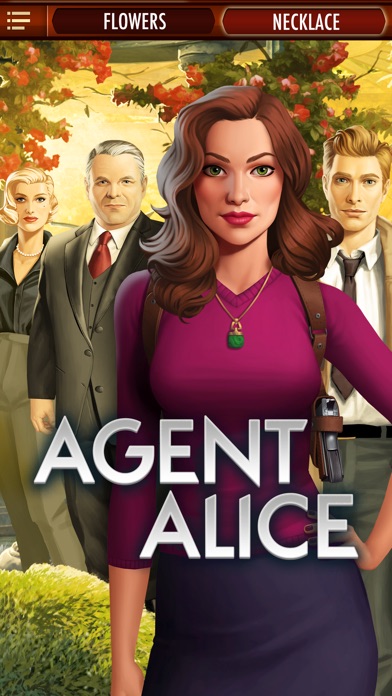 Join Special Agent Alice Wallace, and dive into a whole new world of fresh puzzles and exciting characters. Spot clues and use your skill to reveal the truth behind crimes, romances, relationships and even deeper mysteries.

With brand-new episodes every week, you’ll enjoy exciting puzzling action, including timed matching, spot the difference, and even lock picking!

Have you got what it takes to track down the culprit?

● JOIN THE TEAM – Find out what Agent Alice and her team are up to every week in brand-new episodes.
● NEW PUZZLE STYLES – It’s not just hidden object games. You’ll have to use all your puzzling skill with matching, action and reaction games galore!
● SO MANY EPISODES – Experience loads of thrilling stories, romances, rivalries and adventures in every update.
● GET TRANSPORTED BACK TO THE SWINGING 60s – With the highest quality hand-drawn artwork, you’ll experience the magic of stunning locations all over the world, right at the height of their beauty.


PLAYER REVIEWS
“I love it! There are so many different types of puzzles!”
“Action and puzzle games as well as the classic hidden object stuff. Perfect 5/5!”
“It gets so intense, I can’t believe it. The stories and characters are incredible!”

Agent Alice is free to download and play, but it also allows you to purchase virtual items with real money inside the game. You can disable in-app purchases in your device’s settings.
You may require an Internet connection to play Agent Alice and access its social features. Agent Alice may also contain advertising.

Download today and join Agent Alice in a brand-new mystery every week!

Not Disappointed Any More
BB in South GA

I have been playing Agent Alice for a short time and really enjoyed it. I got to Episode 6 and for some reason every time I tried to open it, it would bring up a screen that said New Episode, Show Me, and Watch the Trailer. It would let me watch the trailer but if I chose anything else, the screen would come up and immediately it would fade away. When I looked at App Support, it said to completely delete it and maybe it would work. It also said I would lose my place and that’s exactly what happened. If I could get my place back I would definitely give it a 5. My only complaint, when it was working properly, was that I only got to play 10-15 minutes before I was out of energy. Can you help me get back to Episode 6? UPDATE: I never got help in getting back to Episode 6, so I just started over. I am now up to Episode 15. I love playing Agent Alice. I enjoy the story line and the interaction with the characters. I think the graphics are very realistic. The only reason I didn’t give it a 5 is because you don’t get to play very long before running out of energy. I occasionally buy more energy but not often. If I could play longer I would give this game a 10. Wooga hidden object games are the best. I also play Pearl’s Peril and June’s Journey.

The story lines are ridiculous. Way too often during the game you run into an 8 hour delay unless you spend $ to buy energy. Skip this game and go to better hidden object games.

I love Agent Alice, I wish there were more chapters to play!

I like the game but it has now become a hassle to move on to other chapters. It takes about 22 hours to start the next chapter but my clock won’t count down!! It starts to count down when I have the app open but once I close it it stops then starts all over again once I open the app again!! Very frustrating. I like the game, good storyline so far, but it feels like I’ll never get to the end. coming to the point where I just want to delete it the game.

What is going on
ell48

So, I’ve been playing this game for quite awhile. I’ve deleted the app twice due frustration and cost in-app purchases. This last time I purchased quite a bit via in-app purchasing only to get an error message about something gone wrong and to restart Agent Alice - QUIT. Then the game closes. It’s been like this for several days now. This is quite irritating. Today, I finally deleted the app and reinstalled it again. My irritation is heightened because of the loss of my latest round of in-app purchases. You’ve gotta fix the “thing” that’s causing the game to just shut down. Aside from my current irritation this game is sooooo addicting! I love it! Issues to the back, I’d give it 5 ⭐️⭐️⭐️⭐️⭐️. That’s right 5 stars!!

Keeps your interest and enjoy the different challenges

Great game until it got stuck
clc232

I really enjoyed playing this game until recently. The plot and graphics are good. They make you wait 22 hours between episodes and everything was great until around episode 12 or 13. The timer resets every time you open the app and it makes you have to spend the “Cash” you’ve collected in order to move on to the next episode instead of allowing you to wait the time to move on to the next episode. I thought it might have been a one time glitch, but it has now happened for the past 3 episodes and I am currently in the time reset loop and not able to move onto the next episode...without spending “85 Cash”....again.

Love this game !! I'm almost to the end and am disappointed that there isn't a volume 2. Please do one I play this everyday and will miss it!!