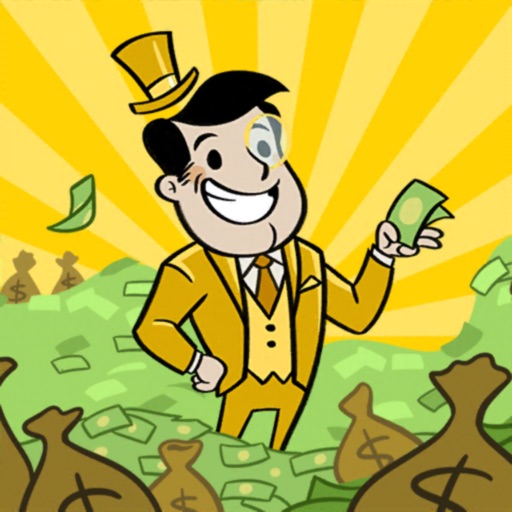 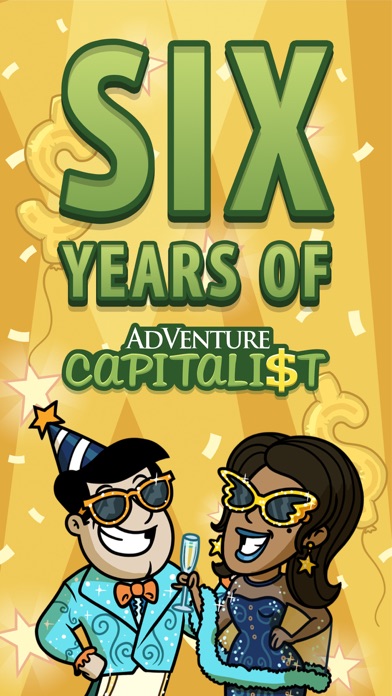 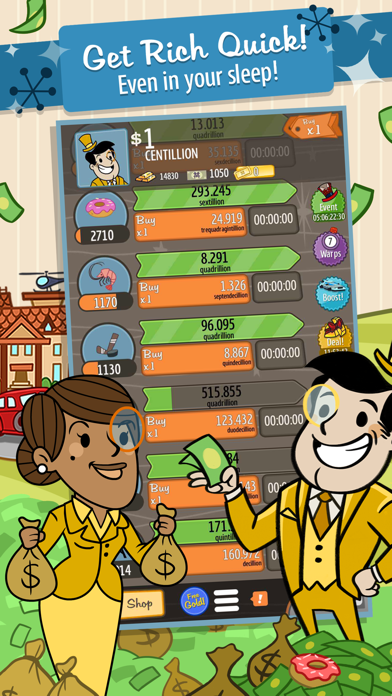 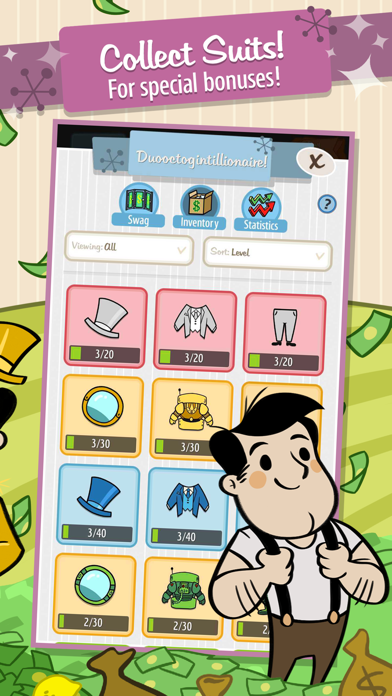 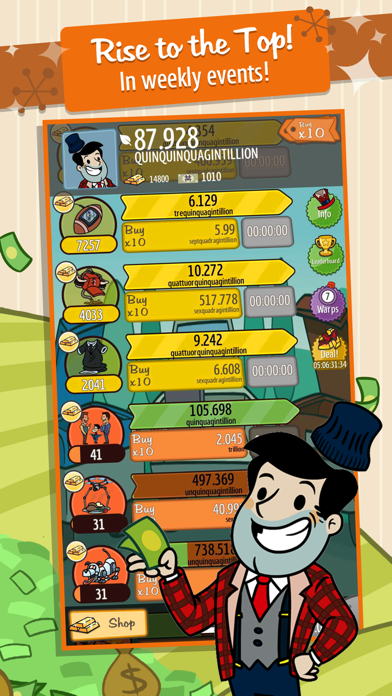 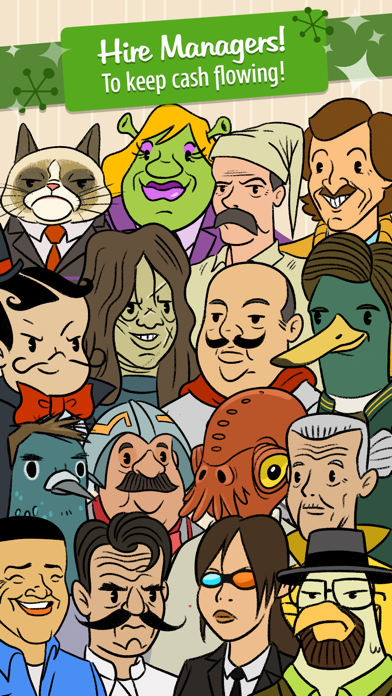 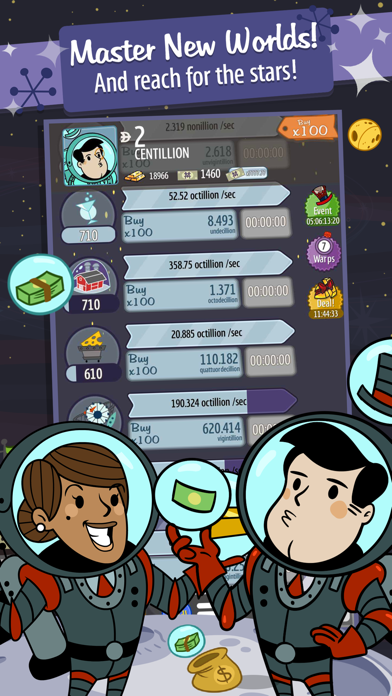 Have you always dreamed of owning your own business? Being the master of your own destiny?  Forming your own multi-national conglomerate to create a world-wide, monopolistic economy? Then AdVenture Capitalist is the game for YOU!

Begin your quest for world domination by clicking on the Lemonade Stand progress bar. Keep clicking until you can afford to pay for more squeezers! Now you’ve got the hang of it.

Hire employees, purchase cutting edge upgrades, dominate the market, and attract eager Angel Investors to boost your profits! The only way to go is UP UP UP!

What happened with the last update??? Ads keeping popping up randomly now and unprompted. Very sad the developers got greedy with this game

I love this game I’ve played for years.I know there’s bugs but that’s part of any game you can’t tell me your favorite game doesn’t have any bugs right?It’s a good game overall I recommend it to anyone!

Perfect to randomly pick up and play casually when waiting for an appointment or something. I also really appreciate the lack of push notifications - every other game swamps you with them and this one doesn’t. 10/10

Is a good game when you’re bored
joopsoooooosjdjdjdj

Don’t ever rate games, in fact I rarely play games especially on phones due to excessive pay to play. this game DOES have pay to play but does not force it on you so excessively like other games. This game is actually fun, and gives you the ability to do EVERYTHING for free. 5 star game, play it on steam, phone, probably console soon too.