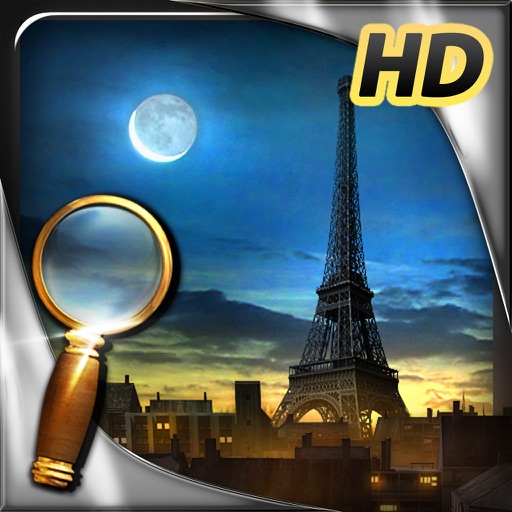 The EXTENDED EDITION has finally arrived!

Leïla Saraostre, a young foreigner, moves in a famous parisian neighbourhood, Montmartre, to study at the art school of the Louvre. There she meets Uriel Ruthven, a young and enigmatic man. She quickly falls in love. He takes her around and makes her discover the bright city, Paris, before disappearing mysteriously…
Discover Uriel’s strange secret!

UNLOCK THE FULL VERSION DIRECTLY IN THE GAME

A THRILLING ADVENTURE:
After the sudden disappearance of Uriel, Leila will do her best to find him. She will even venture in the darkness of the catacombs... The secret they hide turn out to be more than dangerous. To discover the end of the story, play alternately Leïla then Uriel !

USEFUL HINTS:
Use the Hint: a shiny halo helps you to find one of the objects.
No more hints? Not enough time? Find the bonus stars hidden in the scenes to get more hints or time!

MAGNIFICIENT SETS:
Examine different famous places in Paris: the subway, the banks of the Seine, Montmartre neighbourhood, the Champs Elysée, the Père Lachaise cemetery, the Trocadero gardens, the catacombs, etc.

You have a comment, an opinion, a question, a proposition about one of our games or apps?

Send an email to [email protected]
or
join our Facebook fanpage!

Not too bad
Jason P.M.

The only problem was that I finished it after only playing it for about thirty minutes. Could really be longer like an hour or two.

The mystery in this game is how do you play it? I get the opening screen of a map, but tapping does nothing. Big disappointment. Game needs a re-do. Or just scrap it.

NEVER played this about too might delete this cause of all the bad comments so if I come back and it's AWSOME I'm writing another one.Come on people it can't be that BAD is it that BAD????!!!!!........

Do not waste your time
MelPS001

I am not hard to please where HOGs are concerned, but the issues with this game are numerous and make it not worth buying. The game freezes at every turn and some "objects" are not in the picture, but out of the frame in the dark area to name a couple.

GIVE ME MY MONEY BACK!
[email protected]

Please believe all the bad reviews; I downloaded the free version and there were different reviews. I wish I had seen these before paying for it. I think somebody is cheating users because the IPad version CANNOT BE PLAYED. Hidden objects are off screen and can't be clicked. I've reached a point where I can't progress and my money is wasted because the item is below screen level; so I'm stuck. IT IS NOT O.K. to release a game with SO MANY FLAWS. It's badly designed, hidden objects aren't hidden (they are cut and pasted onto the graphics when they're visible), directions are terrible or non-existent, the story doesn't make sense most of the time, graphics are so-so, and it's really boring. But the worst is feeling victimized because it has a major programming flaw and can't be played.

I never said this about any game but this one is horrible. All the comments were right. I gave it a good half hour try but it just got worse and worse.

The story is *painfully* dull, & only once is there a "skip" option - so players are left pressing "forward" for each line of excessive, silly dialogue. the games are decent; repetitive, but entertaining enough. The story, though, (& really the inability to by-pass dialogue) is horrendous.

Not worth it
HighFlier87